I Made One Simple Financial Change and It Lowered My Spending. Photo by Bettmann / Getty. 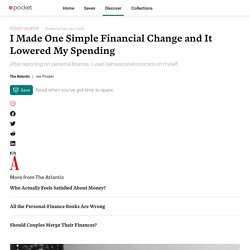 A few years ago, when I was reporting a story on personal finance, I became fascinated by a concept that behavioral economists call the “pain of paying.” Student Loans. - The Washington Post. How the World’s Most Secretive Offshore Haven Refuses to Clean Up. Nevis, Getty Images Tax havens hate attention. 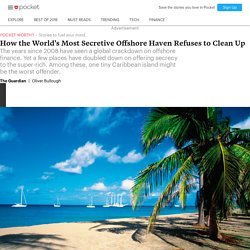 Places such as Jersey, Switzerland and the British Virgin Islands made a handsome living from helping their clients break other countries’ laws for decades, without anyone really noticing. And they liked it that way. Then came the 2007-8 financial crisis, and the good times ended. Rich nations, angry over the loss to their budgets caused by tax dodging, put diplomatic pressure on the havens.

This concerted campaign has threatened the tax haven business model. How the World’s Most Secretive Offshore Haven Refuses to Clean Up. How I’m Getting Richer Every Day - Darius Foroux - Pocket. I’m not hungry for money. 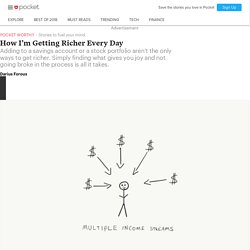 Compared to several years ago, when I had less money, I still have the same life. I wake up, drink my freshly brewed coffee, read a good book, and then start working until about 3 or 4 in the afternoon. The joys and pains of investing in a mature business cycle - Late in the day. IN 14TH-CENTURY Germany a heretical cult grew up around the figure of Frederick II, a dead emperor. 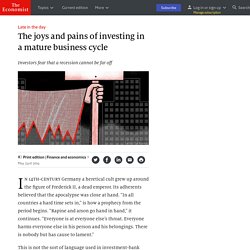 Its adherents believed that the apocalypse was close at hand. “In all countries a hard time sets in,” is how a prophecy from the period begins. “Rapine and arson go hand in hand,” it continues. “Everyone is at everyone else’s throat. Everyone harms everyone else in his person and his belongings. This is not the sort of language used in investment-bank research notes and hedge-fund letters, or by pundits on CNBC and Bloomberg News, however troubled the outlook might seem for financial markets. Get our daily newsletter. The Real Value of Money - Mark Manson - Pocket. One summer afternoon, a group of recent college graduates decided to visit their favorite professor at his home. 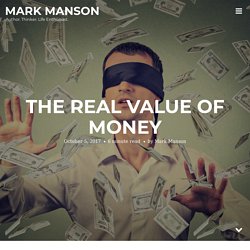 The grads had been out of school for about a year and they were each making their foray into the quote-unquote “real world” and dealing with all of the frustrations and confusion that come with it. Over the course of the afternoon, the grads complained to their professor about how difficult life was after school. They complained about the long hours, the demanding bosses, the competitive job market, and how all anybody seemed to talk about or care about was money, money, money. How to Protect Your Retirement From Your Kids. The Experts Keep Getting the Economy Wrong. I'm a financial planner, and my most successful clients taught me 8 strategies crucial for building wealth. The Best Advice for Saving as Much as You Can - Lifehacker - Pocket. Personal Finance News, Investing Advice, Business Forecasts-Kiplinger.

Choice page. Three Things I Learned From My Estate Planning Lawyer Everyone Should Do. How to Be Better With Money in 2019. Photo: Mirrorpix via Getty Images. 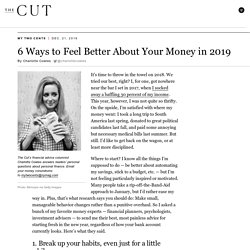 39-year-old retired millionaire: 'Budgets don't work'—do this instead. Reining, now 39, has been tracking his income, spending and investments in a spreadsheet since 2006. 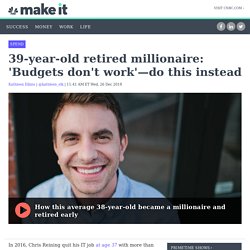 He's also been graphing what he calls his "cross-over point": when monthly investment income crosses above monthly expenses. Microcredit, explained: how microcredit can help the world’s poorest. For a period of time from the 1980s to the early 2000s, “microloans” were all the rage in international development. 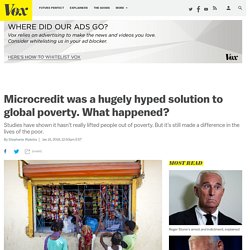 The idea was simple enough: By giving a very small loan to someone living in a poor country, you could help them expand a small business, which would lift their family out of poverty. When they pay back the loan, the money can be cycled to more borrowers, getting more families out of poverty. Organizations offering microcredit to poor borrowers — many living on $2 or less per day — took off in those decades. Investors and donors poured money into microcredit, hundreds of organizations offered loans, and the number of borrowers worldwide skyrocketed to 211 million by 2013. 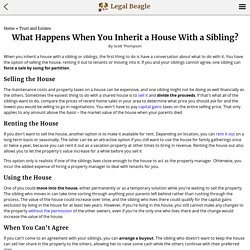 You have the option of selling the house, renting it out to tenants or moving into it. If you and your siblings cannot agree, one sibling can force a sale by suing for partition. Selling the House The maintenance costs and property taxes on a house can be expensive, and one sibling might not be doing as well financially as the others. Sometimes the easiest thing to do with a shared house is to sell it and divide the proceeds. Renting the House. Getting close to retirement? Here are 6 key considerations. Health-care expenses typically rise as you age. 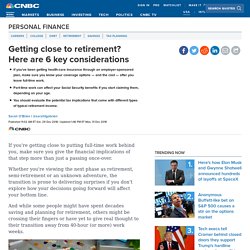 In fact, the average 65-year-old couple will spend $280,000 on health care over the remainder of their lives, research from Fidelity Investments shows. Once you reach age 65, you're eligible for Medicare. So if you retire at or past that age, the government program generally is there for you. However, it doesn't cover everything. For example, dental, routine vision and long-term care (e.g., help with daily living, such as bathing and dressing) are not included. The amount you pay for Medicare also depends on a number of factors, including your income, whether you pay any late-enrollment fees and whether you opt for additional coverage and to what degree. How to Dodge a Market Dip That Threatens Your Retirement. How to Keep Money From Ruining Your Relationship. Photo: FPG/Getty Images One Saturday in my early 20s, I brought home a cute new sweater and, as I pulled it from its fresh tissue paper, announced to my roommate that it had been on super-sale.

That was a lie. I had paid the full price (not that anyone had asked), and immediately felt like an even bigger idiot for claiming otherwise. But I kept doing it anyway. How to spot the next recession. Sign Up for Our free email newsletters. Vancouver Is Drowning in Chinese Money. The black coupe pulled up outside the Starlight Casino in a suburb of Vancouver. The driver got out, greeted a man in a red shirt, and pulled two bulging white plastic bags from the trunk. He led the way into an empty noodle shop next door, where he handed over the bags before returning to the car. The man in the red shirt took the bags into the casino, through a cavernous glass lobby with signs in English and Mandarin. How Hedge Funders Strip-Mined Kentucky's Pensions. Hedge Fund Dogs In April 2008, a longtime investment adviser named Chris Tobe was appointed to the board of trustees that oversees the Kentucky Retirement Systems, the pension fund that provides for the state’s firefighters, police, and other government employees.

Within a year, his fellow trustees named Tobe to the six-person committee that oversees its investments, becoming the only member of the committee with any actual investment experience. How to Make a Budget You Can Stick to With the Easy 50/30/20 Rule. The Best Investment Decision I Have Ever Made - Darius Foroux - Pocket. When I got my business degree in 2011, I was ready to start my career.

I wanted to start a business, earn money, and also invest. Retirement in America? Too Expensive. 8 Books That Teach You To Be Rich - Darius Foroux - Pocket. What’s your money strategy? How to Check for Bed Bugs in a Hotel. How to retire early. Personal Finance News, Investing Advice, Business Forecasts-Kiplinger. How to Get Your Finances in Order. Going higher than this credit score is a 'waste of time,' expert says.

A 56-year-old government employee from Cleveland named Tom Pavelka had the "highest credit score in America" in 2012, the Daily Mail reported at the time. His near-perfect 848 ranked "higher than 100 percent of U.S. consumers," according to a letter he received from a credit bureau. What might a score of nearly 850 have awarded him?