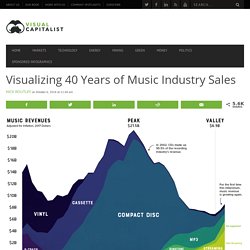 Vinyl gave way to 8-tracks, and cassettes faded away as compact discs took the world by storm, and through it all, the music industry saw its revenue continue to climb. That is, until it was digitally disrupted. Looking back at four decades of music industry sales data is a fascinating exercise as it charts not only the rise and fall the record company profits, but seismic shifts in technology and consumer behavior as well. The Long Fade Out For people of a certain age group, early memories of acquiring new music are inexorably linked to piracy. Napster was shut down in 2002, but the genie was already out of the bottle. The Ringtone Era. Majors Get The Tracks But Not The Longevity On Today’s Top Hits. Posted on 27th November, 2017 by Mark Mulligan in Music and Streaming A post by Chartmetric’s Sung Cho diving into Spotify playlist metrics caught my attention, and one aspect in particular: how the major labels dominate the flagship Spotify playlist Today’s Top Hits. 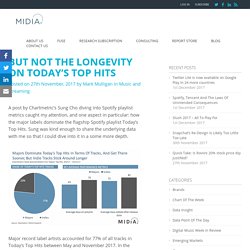 Sung was kind enough to share the underlying data with me so that I could dive into it in a some more depth. Major record label artists accounted for 77% of all tracks in Today’s Top Hits between May and November 2017. In the latest week of data available the share rose to 78%. Indians use YouTube mostly for streaming music, Facebook for streaming news: study. Boomplay Music Named The Best App In Africa - HBR 103.5FM. Chinese tech giant Tencent has a two-word pitch to bring Western brands to its platform. This is a portion of an article based on an interview with Tencent's Steven Chang. 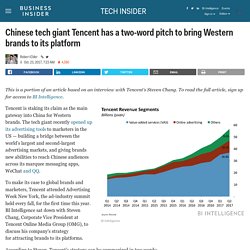 To read the full article, sign up for access to BI Intelligence. BI Intelligence Tencent is staking its claim as the main gateway into China for Western brands. The tech giant recently opened up its advertising tools to marketers in the US — building a bridge between the world’s largest and second-largest advertising markets, and giving brands new abilities to reach Chinese audiences across its marquee messaging apps, WeChat and QQ. To make its case to global brands and marketers, Tencent attended Advertising Week New York, the ad-industry summit held every fall, for the first time this year. 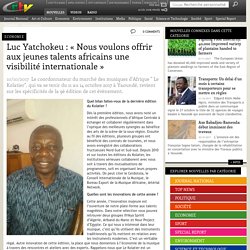 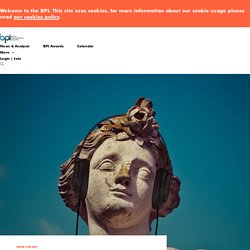 Figures compiled by the BPI based on an annual survey of its record label members reveal that overseas earnings from recorded music rose by 11.1 per cent to £364.6 million in 2016, up by £36.4 million from £328.2 million in 2015. This is the strongest performance since the BPI began its annual survey in 2000 and represents an increase of £153 million on the £211.6 million recorded at the start of the decade – a rise of 72.3 per cent since 2000. The growth reflects the enduring global appeal of British music, with UK artists accounting for one in every eight albums purchased around the world in 20162 and the UK continuing to punch above its weight as the world’s largest exporter of recorded music after the US. Global Digital Music Market with Focus on Live Streaming: Size,... - Researchmoz Global Pvt. Ltd. Researchmoz added Most up-to-date research on "Global Digital Music Market with Focus on Live Streaming: Size, Trends and Forecasts (2016-2020)" to its huge collection of research reports. 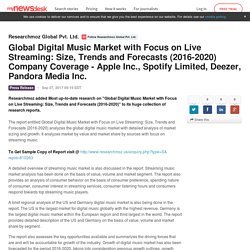 The report entitled Global Digital Music Market with Focus on Live Streaming: Size, Trends and Forecasts (2016-2020) analyzes the global digital music market with detailed analysis of market sizing and growth. It analyzes market by value and market share by sources with focus on streaming music. To Get Sample Copy of Report visit @ Amazon. Is QQ Music Worth $10 Billion? Western appetite for the Chinese market has long been based upon accessing the 1.4 billion consumers. 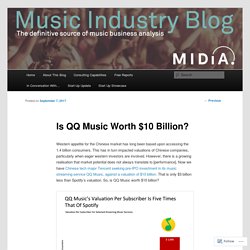 This has in turn impacted valuations of Chinese companies, particularly when eager western investors are involved. However, there is a growing realisation that market potential does not always translate to [performance]. How Reggaeton Became A Global Phenomenon On Spotify. There's no question that Latin music in general, and reggaeton specifically, have been pushing into the mainstream in a big way. 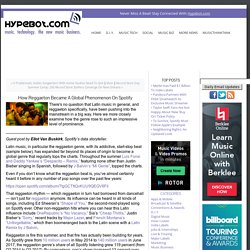 Here we more closely examine how the genre rose to such an impressive level of prominence. Guest post by Eliot Van Buskirk, Spotify’s data storyteller. Latin music, in particular the reggaeton genre, with its addictive, start-stop beat (sample below), has expanded far beyond its places of origin to become a global genre that regularly tops the charts. Throughout the summer Luis Fonsi and Daddy Yankee’s “Despacito – Remix,” featuring none other than Justin Bieber singing in Spanish, followed by J Balvin’s “Mi Gente”, topped the charts. Even if you don’t know what the reggaeton beat is, you’ve almost certainly heard it before in any number of pop songs over the past few years: Watch what happens when Spotify gives unknown music acts a big push - Recode. 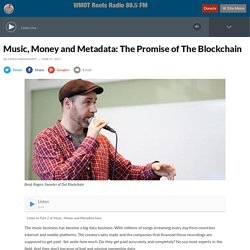 The music business has become a big data business. With millions of songs streaming every day from countless internet and mobile platforms. The creators who made and the companies that financed those recordings are supposed to get paid . Set aside how much. Do they get paid accurately and completely? We’ve met DART, the Nashville company that’s using artificial intelligence to compile a definitive database of song ownership and rights. Streaming Music Services, From Most Screwed to Least Screwed. This Brazilian Streaming Music Player Is Challenging Spotify, Using Chatbots. 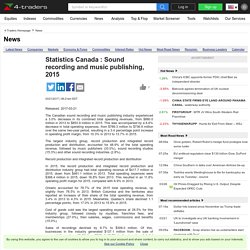