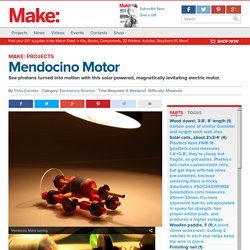 The Mendocino Motor floats in its own magnetic field and converts light into electricity and magnetism, which are then converted into the motion of the motor. Make: DIY Projects, How-Tos, Electronics, Crafts and Ideas for Makers. While tidying up my workshop, I found some clear 3″ PVC pipe left over from a spud gun project (the Nightlighter 36 taser-powered potato cannon in MAKE Volume 03). 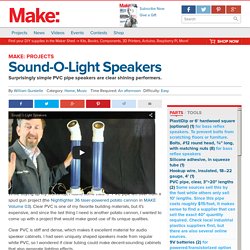 Clear PVC is one of my favorite building materials, but it’s expensive, and since the last thing I need is another potato cannon, I wanted to come up with a project that would make good use of its unique qualities. Clear PVC is stiff and dense, which makes it excellent material for audio speaker cabinets. Make: DIY Projects, How-Tos, Electronics, Crafts and Ideas for Makers. Conclusion Have Towel, Will Travel Know Your Controls. 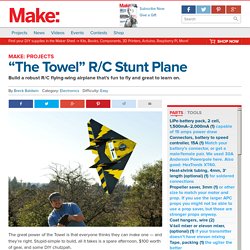 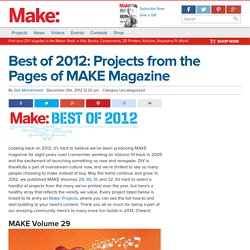 I remember working on Volume 01 back in 2005 and the excitement of launching something so new and renegade. DIY is thankfully a part of mainstream culture now, and we’re thrilled to see so many people choosing to make instead of buy. How to X-Ray. “Regular radiation” such as microwave, infrared and visible light typically doesn’t have the energy needed to break chemical bonds, so we may sit out in the sun and get bombarded with a thousand watts and feel no ill effects. 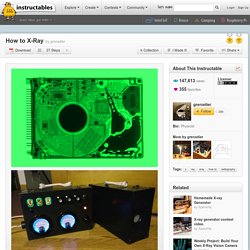 Once we reach ultraviolet though, this radiation now has enough energy to break those chemical bonds –including the ones in our bodies. This means that high energy radiation such as that emitted from an x-ray tube can damage DNA, and in high enough doses may even cause radiation sickness. Acute radiation sickness occurs when your body has absorbed a large amount of ionizing radiation, usually on the order of several sieverts. What makes radiation lethal is the effect it has on DNA. When a high energy particle, be it a photon or some other particle collides with DNA it breaks bonds and rearranges the bases.

How to Build an X-ray Machine. Science Buddies will be down while making upgrades, beginning Thursday June 25 at 8:00PM PST until early morning on Friday June 26. 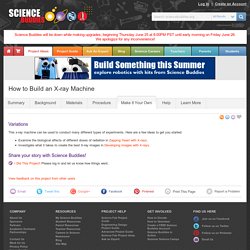 We apologize for any inconvenience! Please ensure you have JavaScript enabled in your browser. If you leave JavaScript disabled, you will only access a portion of the content we are providing. Nuclear Fusor. Nuclear fusion is the process of squeezing two atoms together so tightly that their nuclei fuse, creating a heavier atom and releasing a blast of energy. 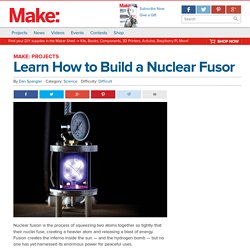 Fusion creates the inferno inside the sun — and the hydrogen bomb — but no one has yet harnessed its enormous power for peaceful uses. They’ve tried, however, often with skepticism. In 1989, physicists Martin Fleischmann and Stanley Pons announced they’d achieved “cold fusion” of hydrogen into helium at room temperature, only to face withering scorn when others failed to replicate their results. Luckily, DIY nuclear engineers can achieve honest-to-goodness “hot fusion” right at home by making a Farnsworth-Hirsch fusion reactor, or fusor for short. 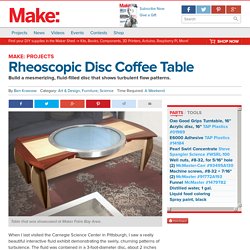 When I last visited the Carnegie Science Center in Pittsburgh, I saw a really beautiful interactive fluid exhibit demonstrating the swirly, churning patterns of turbulence. The fluid was contained in a 3-foot-diameter disc, about 2 inches deep with a sturdy glass top. Make Thermite, the Railway Metal — Projects. “A blast furnace that fits in a vest pocket.”

That’s what Wilhelm Ostwald, a Nobel Prize-winning chemist, called thermite, which is a mix of two common chemicals — iron oxide, better known as rust, and powdered aluminum. When combined and ignited, the stuff burns hot enough to melt iron. One of the most powerful chemical processes used in industry, the thermite reaction had a major role in the building of railroads. Through the 1920s, railroads were built by joining tracks using steel connectors, called fishplates, and several thick metal bolts. OneTesla DIY Tesla Coil Kits Home Page. How To Build A Home Fusion Reactor. How I Turned Car Batteries Into A Welder [Video] DIY FAST SCOOTER - COLINFURZE. DIY Quadrotor kit - Nex Robotics. This is a combination of well known and time tested HobbyKing multirotor controller board V3.0 with matched Quad Frame, BLDC motors, ESCs and propellers that will help you quickly build your own Quadrotor platform. 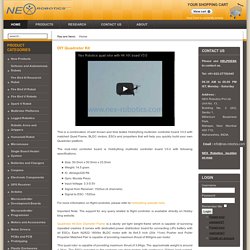 The muti-rotor controller board is HobbyKing multirotor controller board V3.0 with following specifications, Size: 50.5mm x 50.5mm x 23.5mm Weight: 14.5 gram IC: Atmega328 PA Gyro: Murata Piezo Input Voltage: 3.3-5.5V Signal from Receiver: 1520us (4 channels) Signal to ESC: 1520us. How to make a Ruben's Tube. Please Rate this Instructable and follow me for more cool step by step guides. Made By Manish Kumar, Murtaza Tunio and Minaam Abbas The Ruben's Tube is a physics experiment demonstrating a standing wave.

Summer Engineering Project? : EngineeringStudents. Shapeoko 3 - Desktop CNC Machine. Homemade Turbojet Engine : Building the Combustion Chamber. With the flame tube completed, the next step is to attach the flame tube inside the housing. The house is just a steel tube 1 or 2 inches larger in diameter than the flame tube. The two tubes are connected by a flat steel ring on the side that goes into the turbo. The other side of the combustion chamber is closed off with an end cap, a flat steel circle, that closes off both the flame tube and outer cylinder. Beer Can Jet Engine: Mark II. Diy sustainability engineering projects - search Instructables.