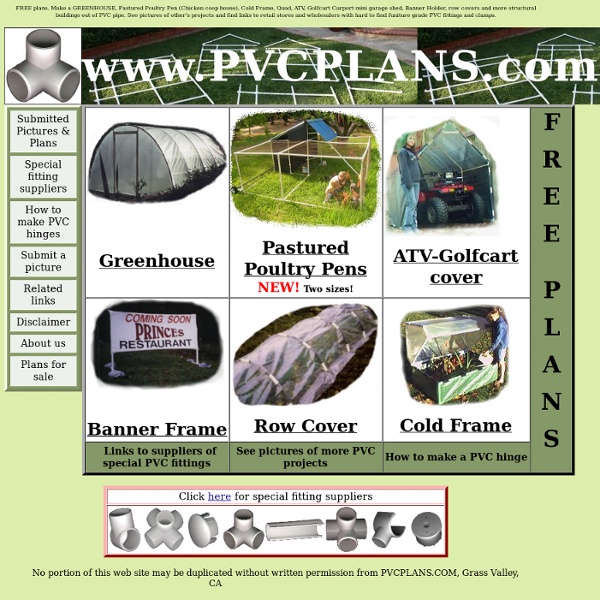 American Livestock Breeds Conservancy: Dexter Cattle Dexter cattle are among the smallest of cattle breeds in the world, standing 40" tall and weighing 700–900 pounds. Though size is the breed’s most distinguishing characteristic, the Dexter is a useful and producti ve multi‑purpose animal. The Dexter originated in southern Ireland during the early 1800s. It was developed from the Kerry, an Irish dairy breed, through selection for smaller size and improved beef qualities. Even after the Dexter gained an identity as a breed, its history remained intertwined with that of the Kerry. Dexter cattle are solid and compact in appearance. The Dexter has always attracted attention because of its size, and it has sometimes been marketed as a novelty or ornamental breed. Dexter cattle are increasing in numbers in North America and globally, and the breed seems destined to succeed. Status: See CPL Click Here for Breed Clubs and Association Contacts

Fairy garden free pvc greenhouse plans Greenhouse Assembly: This 6x9 ft, pitched-roof kit greenhouse can extend the growing season on your farm or in your garden. You may also want to check out www.pvcplans.com for free arched greenhouse plans and free PVC coldframe plans. Planter DIY Water Reservoir (Dabbletree) Keep your container garden happy and thriving on long hot days by installing a hidden water reservoir. All you need is an empty plastic bottle around the same height as your planter. It will be easier to start with a new planting than an established container. Cut. Using a craft knife, cut the bottom off a plastic bottle. The cut bottle should be no taller than the distance from the bottom of the pot to the top of the soil line. Place. Plant. Water. As the plants grow, the bottle will become harder and harder to see, but you should still be able to easily fill it up as needed. If you're worried about mosquitos, just be careful not to over-water and you shouldn't have any problems. dwarf morning glories, crystal palace lobelias and yellow marigolds put on a spectacular show in mid summer DIY seed propagation heating mat A simple way to create a warm environment for seeds to sprout. Drying Herbs Turns out "making our own spices!"

Build Your Own $20 Outdoor Cob Oven | Outdoor Pizza Oven | Cob Ovens (The following entry is all about making a cob oven, a lovely and inexpensive outdoor pizza oven. The construction details have been trimmed back a bit, but this article should still give you a full idea of necessary materials and the building process for making your own oven!) I must admit, I’m a bit of a breadhead. Few things are as exciting to me as freshly baked bread with a dab of butter, or hot and greasy scallion pancakes, or fluffy and airy naan, or a pizza fresh from the hearth of a wood-fired oven. (That last one trumps all the others.) Earlier in the year, the idea of baking in the outdoors in a wood fired oven became something of a romanticized (in every positive sense of the word) notion to me. So I picked up a copy of Kiko Denzer’s Build Your Own Earth Oven, a little gem of a book covering the construction of cob ovens from the ground up. The Foundation The Fire Brick Oven Hearth (Laying out the beer bottles, and later, filling in with sawdust/clay mortar) Sizing the Cob Oven

Misty Meadow Farm, Virginia - All-natural Katahdin Lamb and Galloway Beef Jonny Anvil's Chicken Coop ~Jonny Anvil~ Well it's done, and I managed to get the tenants moved in and they are happy! With my latest additions of a quad of Black Orpingtons and my New Silver Laced Wyandottes I had decided to make them a brand new Coop all their own. Working with a very small budget but going new on all materials I decided to make a 4x8 coop tall enough that I can stand up in it if need be allowing more than enough room for the 6 new occupants, and a possible two more down the road. Total Cost of materials $320.00 (Can) Now I guess I should mention that I live in the cold northern climate of Canada in the wonderful province of Alberta. Google Sketchup makes things easier when it comes to putting everything into perspective and trying to get an idea on materials needed. Click on this Link to Get the 3D Download with all the Specifications Materials List : 30 2x4's @8ft 7 sheets of 3/8 OSB 5 1x3's for corner trim and pop door 2 1x6 @ 10ft 4 1x6 @ 8ft (facia)

Mini Beltie.org Easy to make concrete bowls and planters... What you will need: CONCRETE - QUIKRETE® Concrete Mix (No. 1101) is the original 4000 psi average compressive strength blend of Portland cement, sand, and gravel or stone. Just add water. Use for any general concrete work. (Ver batum as posted on the Quikrete site) Resist the urge to use heavy duty concrete, as it is very chunky. Though many home improvement stores carry ready-to-mix concrete in 80 pound bags, it is also available in other sizes, depending on your preference as well as ability to lug it around. COLORING - Not a necessary item at all, though coloring concrete is quite fun, and easy! MOLDS - An endless supply of molds, containers and other ideas are available everywhere. Just about any container can be utilized as a mold for concrete, provided you are able to get the finished product out of it. WATER - Necessary to mix with the concrete. RUBBER GLOVES - Nothing fancy needed, but you should wear them.

Reshaping Kentucky's cattle industry Beef cattle generate nearly as much income for Kentucky farm families as tobacco. Yet, as tobacco income continues to decline, the profit potential from cattle is rising. Kentucky farmers are poised to reap huge rewards from beef cattle production, although the lack of a well-organized system of production, processing, distribution and marketing is hindering this sector’s promise. Community Farm Alliance members have been working to understand the way the system operates now and the possibility for creating a more farmer- and buyer-friendly approach to the cattle business. The Present: Beef cattle, profits flow out of state Although Kentucky is the largest beef producing state east of the Mississippi, most of its cattle are finished and processed outside its borders. Currently, Kentucky has around 1,120,000 head of beef cattle. The challenge is to begin bringing cattle feeding and slaughter back to Kentucky so that producers can gain the value-added benefits of selling the end product.

Our Rocket Stove Editor’s note: we have a new design for a portable rocket stove here. Low-tech is the new high-tech, and the best example of the low-tech revolution is the miraculous rocket stove–a stove that makes it possible to cook with small twigs–no logs needed! Best of all rocket stoves are easy to build. We liked the idea so much that we decided to build a permanent one just off our back deck for entertaining and as a backup to our gas stove should an emergency take out our utilities. The rocket stove was developed for use in poor nations where wood used for cooking has led to the vast, wholesale, deforestation of large swaths of the earth’s surface. Before we built the rocket stove we considered making a cob oven, a mud domed wood fired oven in which you can cook bread and pizza. Staring at the bricks we had scavenged to build the base of cob oven, we realized that we could re-purpose them for a permanent backyard rocket stove that we would actually use. Here’s the materials we used:

Portable Chicken Mini-coop Plan Chickens are every bit as fun and easy to care for as dogs or cats, plus they give you great farm-fresh eggs. The biggest challenge is keeping the birds safe from predators, and at the same time allowing them to enjoy a natural diet of grains, greens and insects. Most poultry predators roam at night — raccoons, coyotes, owls and such. To make it easy for anyone to raise a few chickens on pasture, I set out to create a coop design that would be secure, low-cost, easy to build, light enough to move easily and scaled to fit well even in small back yards. To make this portable mini-coop, head to your local hardware or farm store and get the following items: Barn-style doghouse: the larger the better, but be sure you get the 1-by-2-inch mesh wire fencing for the pen’s side walls (see below) in a height that’s at least as tall as the doghouse you choose.1-by-2-inch mesh welded wire fencing, as tall as the doghouse — 38 feet is enough to make the sides and doors for one 3-by-10-foot pen.