Why We Reach for Nostalgia in Times of Crisis. “That’s one of the techniques I’ve been using with many of my clients — let’s go to our ‘safe place’ right now,” Dr. 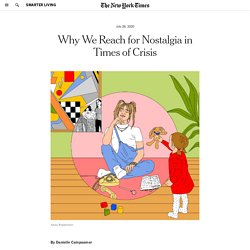 Saint-Jean said. Affect Theory and the New Age of Anxiety. During the two-thousands, affect theory became one of the dominant paradigms of literary studies, and a bridge to other fields, notably social psychology, anthropology, and political theory. 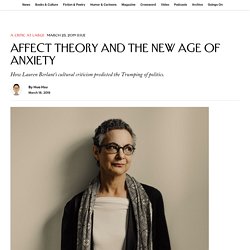 Scholars like Sara Ahmed, Sianne Ngai, and Ann Cvetkovich began exploring the emotional contours of life during increasingly precarious times. They were circling around a kind of overstimulated numbness, considering everything from what it meant to call something “interesting”—a hedge against actual judgment—to the relationship between economic anxiety and mental health. Stop apologising for cultural appropriation. Florence Pugh has become the latest casualty in the war against “cultural appropriation”. 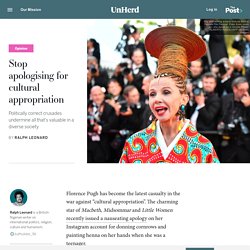 Hopepunk, explained: the storytelling trend that weaponizes optimism. Literary and artistic movements often arise spontaneously, out of specific moments — as a response to great cultural change, to geopolitical shifts, and/or to specific ebbs and flows within subcultures. 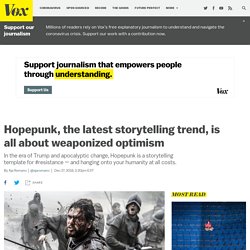 In the modern world, we find most of our rebellious clusters of artists online. So it makes sense that the literary world’s most defiant response to impending climate disaster and the rise of right-wing extremism around the globe has not been voiced from the pages of prestigious literary reviews, but rather from the home of one of the internet’s most stridently progressive and rowdily defiant creative communities: Tumblr. (47) Portlandia - Art Project. Touching the Film Object? Notes on the 'Haptic' in Videographical Film Studies. As a longtime devotee of observing from a scholarly distance, I had never been grabbed before -- or, indeed, 'clasped' or 'fastened' (the original meanings of the Ancient Greek verb haptein) -- by Laura Marks' notion of 'haptic visuality'. 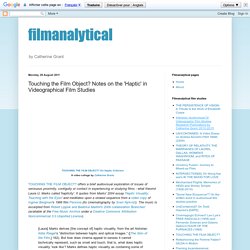 But after I had made some video essays about films, the desire to explore hapticity and its workings took hold. This is how the above video/text collages and the below notes came into being. While I still believe that Marks' concept could benefit from a more thorough thinking through in relation to audiovisuality, hapticity -- a grasp of what can be sensed of an object in close contact with it -- seems to me now to be very helpful in conceiving what can take place in the process of creating videographic film studies. It can also help us more fully to understand videographic studies as objects to be experienced themselves. In the old days, the only people who really got to touch films were those who worked on them, particularly film editors. HIST 338 Syllabus final retrospect. Summary: Vibrant Matter by Jane Bennett.

Jacques Rancière on Radical Equality and Adult Education - The Encyclopaedia of Educational Philosophy and Theory (edited by M. Peters, B. Zarnic, T. Besley and A. Gibbons) - EEPAT. Henry A. Giroux: neo-liberalism’s nemesis. Henry A. 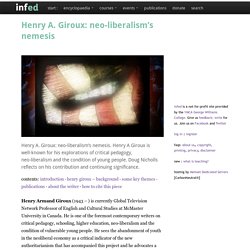 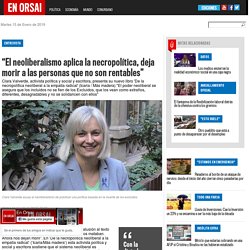 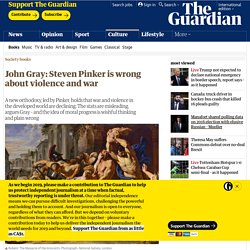 In the most modern parts of the world, these thinkers tell us, war has practically disappeared. The Gospel According to Mark Fisher. Mark Fisher was prolific, piercing, witty, humane, and omnivorous. 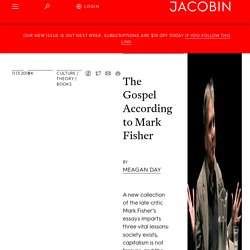 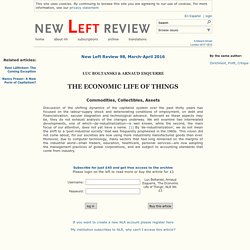 How Nations Make Up National Identities. What exactly is neoliberalism? I struggle with neoliberalism – as a problematic economic system we might want to change – and as an analytical term people increasingly use to describe that system. I’ve been reading and writing about the concept for more than a decade. But the more I read, the more I think that neoliberalism is losing its analytical edge. As a result of its growing popularity in academia, media and popular discussions, it’s crucial to understand neoliberalism as a concept. We need to know its origins and its definition in order to understand our current political and economic mess, including the rise of nativism that played a part in Brexit and Donald Trump’s election a year ago. Neoliberalism is regularly used in popular debate around the world to define the last 40 years. Neoliberalism is generally associated with policies like cutting trade tariffs and barriers.

As a term, neoliberalism is increasingly used across popular media, including The New York Times, The Times (of London) and The Daily Mail. SEEING LIKE A CITY BY ASH AMIN AND NIGEL THRIFT – Society & Space. There is Nothing Like the City Published fifteen years after Cities: Reimagining the Urban, Seeing Like a City, is a testament to the evolution of Ash Amin and Nigel Thrift’s urban thinking. The two books are, in a sense, part of the same intellectual project: one that aims for a wholesale reconsideration of how urban scholars of various disciplinary backgrounds approach the city.

On hiring faculty off the tenure track. The battle for neoliberal hegemony: an interview with Nancy Fraser. Over the past two decades, we have witnessed a permanent global crisis in our political systems, from an increasingly precarious labour market to mass media monopolisation. On a recent visit to Paris, we sat down with the post-socialist philosopher Nancy Fraser, author of Fortunes of feminism: from state-managed capitalism to neoliberal crisis (Verso, 2013) to discuss the historical context of the economic crisis, global mobilisations, and transnational autonomy.

How do these three political perspectives interact, in an ever-evolving, critical economic scenario that makes visible the differences between the global north and south? Live Blog: Saskia Sassen, "Immigrants and Citizens in the Global City" Hi Archinect! The sultry r&b is playing, and Saskia Sassen is in front of the gold curtain this Friday night for the keynote lecture of the conference, "Ethics of the Urban: the City and the Spaces of the Political.