Current Issue. Black in Middle America I spent five years in Michigan’s Upper Peninsula—a place I didn’t even know existed until I moved there to attend graduate school. 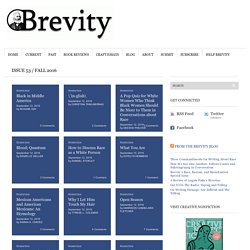 I lived in a town of four thousand people. The next town over, over the portage bridge, had seven thousand people. In my town, the street signs were in both English and Finnish... \’in-glish\ I learned to speak English in preschool, at two and a half years old, still young enough to do away with any lingering Chinese accent. A Pop Quiz for White Women Who Think Black Women Should Be Nicer to Them in Conversations about Race True or False: Gender oppression is way worse than racial oppression. Blood; Quantum Danielle Geller is the winner of our Race, Racism, and Racialization student writing contest: A few days before I turned three years old, my mother and my father packed my younger sister, my cat, and me into a car to drive from Florida to Window Rock, Arizona, to visit my mother’s family on the reservation, and... 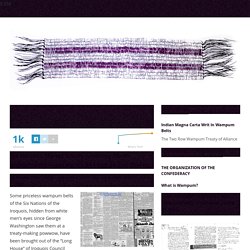 Some priceless wampum belts of the Six Nations of the Iroquois, hidden from white men’s eyes since George Washington saw them at a treaty-making powwow, have been brought out of the “Long House” of Iroquois Council Fires on the Onondaga Indian reservation near Syracuse, N.Y., in an effort to ward off efforts to include the Indians in American citizenship. Flanneryogonner.tumblr. Native American Graphic Novel Selected As Among Year’s Best - Rural America. The stereotype-smashing graphic novel Moonshot: The Indigenous Comics Collection (AH Comics, 2015) has been anointed, taking its place on the School Library Journal’s prestigious Best Books list for 2015. 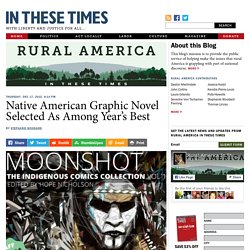 It was chosen for its ability not just to entertain, but also enlighten. “Moonshot is a wonderful teaching tool,” said Pamela Vanderberg, Métis, Native Studies teacher at East Northumberland Secondary School, in Brighton, Ontario. “We need more up-to-date resources like this.” School Library Journal is the world’s largest reviewer of children’s and young adult books, and when it speaks, schools and libraries pay attention. The publication has been eager to include books with indigenous authors and subject matter in its reviews and lists, according to editor Shelley Diaz. Native American Graphic Novel Selected As Among Year’s Best - Rural America.

Why Should We Keep Tribal Languages Alive? I can't stress enough the importance of retaining our tribal languages, when it comes to the core relevance or existence of our people. 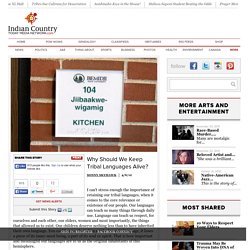 Our languages can teach us many things through daily use. Language can teach us respect, for ourselves and each other, our elders, women and most importantly, the things that allowed us to exist. Afrika Bambataa & Mark Ronson Remember Early NYC Club Scene. October 27, 2015|Published By Bonita Considered to be the Godfather of the culture, Afrika Bambaataa blazed a trail through the New York city club scene during a time when the city’s youth culture was experimenting with what would become Hip-Hop (a term credited to Bambaataa). 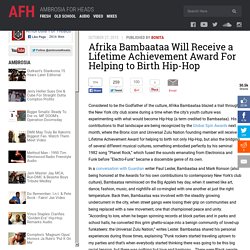 His contributions to that landscape are being recognized by the Global Spin Awards next month, where the Bronx icon and Universal Zulu Nation founding member will receive a Lifetime Achievement Award for helping to birth not only Hip-Hop, but also the bridging of several different musical cultures, something embodied perfectly by his seminal 1982 song “Planet Rock,” which fused the sounds emanating from Electronica and Funk before “Electro-Funk” became a discernible genre of its own. The two DJs go on to describe New York’s ever-evolving club scene, when the ’90s golden era was flowering and the years after, when artists like Jay Z could be seen rubbing shoulders with Grunge fans and skateboarders.

The Colonial Origins of Conservation: The Disturbing History Behind US National Parks. Yosemite National Park. 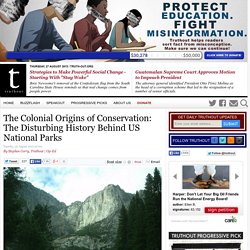 Beginning with the 1864 Yosemite Grant Act, Native Americans were evicted from almost all US park lands. (Photo: Tamara Evans/Flickr) The support of readers like you got this story published - and helps Truthout stay free from corporate advertising. Can you sustain our work with a tax-deductible donation today? Dear Pedants: Your Fave Grammar Rule is Probably Fake. Chi Luu is a peripatetic linguist who speaks Australian English and studies dead languages. 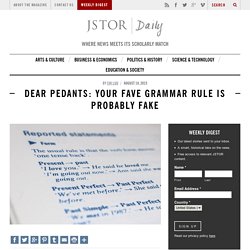 Every two weeks, she’ll uncover curious stories about language from around the globe for Lingua Obscura. This isn’t a new story but it is one that refuses to die. The thorny question of what constitutes ‘correct’ grammar in English seems to have a cyclical life, aided and abetted by new generations of enthusiastic grammarians. It’s great that so many people are engaged with their own language, but we sure can be judgmental about it. No other subject seems to make us feel quite so insecure (or on the flip side, overly superior) about something which really belongs to us all—the way we naturally speak our native language. Hiding in Plain Sight — Scalawag. Leading Patriots, like Fielding, not only accumulated wealth during the period of Jim Crow segregation, they also carried on political influence that resonates today. 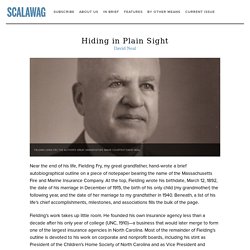 I wouldn’t argue that there is a straight line connecting the Patriots with today’s conservative establishment. But there are fewer than six degrees of separation between the two. Tom Ellis, who helped to staff the Pearsall Committee, was in touch with leading Patriots, Fielding included, and the successor to the Patriots, the Defenders of States’ Rights of North Carolina. When the Defenders of States’ Rights proposed putting together a newspaper, they wanted Jesse Helms to be their editor.

The Black Experience Isn't Just About Men. How to be an interrupter. "The battle is and always has been a battle for the hearts and minds of white people in this country. 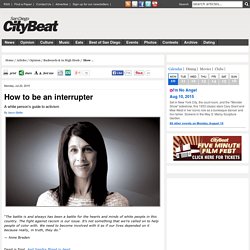 The fight against racism is our issue. It's not something that we're called on to help people of color with. We need to become involved with it as if our lives depended on it because really, in truth, they do. " — Anne Braden. How brand-new words are spreading across America. To most people, Indian food means buttery naans from Punjab, south Indian dosas or Bengali fish curries. 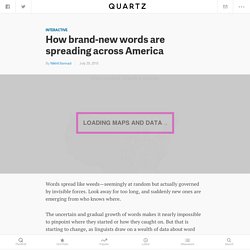 But there is a whole world of foods from the country’s past that is now less ubiquitous but no less delicious than these more common dishes. Over the years, the Indian diet has undergone a transformation because of changing lifestyles and the easy availability of packaged foods. The result: many dishes that were once prepared regularly at home have been forgotten, replaced by meals that are quick to the table. Quartz spoke to a few chefs and experts to give you a taste of some of India’s forgotten recipes. 30+ Resources to Help White Americans Learn About Race and Racism. Originally published on Citizenship and Social Justice and republished here with the author’s permission. When teaching about race and racism, I invite participants to consider the following analogy: Think of racism as a gigantic societal-sized boot.

“Which groups do you think are fighting the hardest against this boot of racism?” I ask them. Man Spends 16 Years Turning An Old Plantation Into A Memorial To Honor The Once Enslaved. January 5, 2015. In America, only the rich can afford to write about poverty.