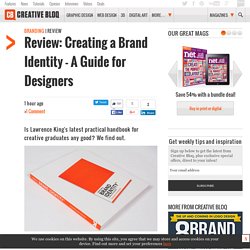 The latest in a series, Creating a Brand Identity: A Guide for Designers is aimed at creative graduates and those who are about to enter the world of work. Pitched as a practical handbook, the title provides a comprehensive introduction to the multifaceted process of creating a brand identity. But is it any good? The short answer is: yes. Author Catharine Slade-Brooking, who has plenty of industry experience in branding, packaging and illustration – and a client list including Lloyds Bank and The Sunday Times – has divided the creative process involved in designing a successful brand identity into eight logical chapters: branding basics, brand anatomy, brand strategy, the design process, research, analysis, concept development and delivering the final design.

A useful section in the first chapter, 'How are things changing? ' Subscription offer. Corporate Identity Portal. The World's Most Famous Logos, Organized By Visual Theme. A brand is more than a logo. 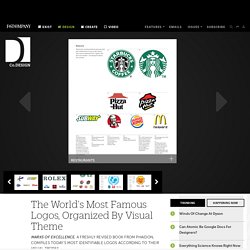 But a company’s mark is its calling card, a shorthand for all that other stuff—the quality of the product, the level of service, the history of the company—for its composite brand. 7 most famous logos and how they were created. Salvador Dali / Chupa Chups The Chupa Chups logo was designed by Salvador Dali.

The work took the Spanish artist just an hour to complete. The colors come from the Spanish flag. Penguin's Classics. In his essay Antiquarian Prejudice, the critic and poet John Betjeman points out that “good architects copy with imagination”. 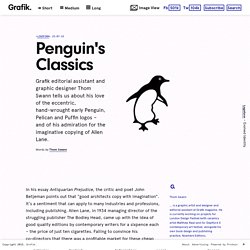 It’s a sentiment that can apply to many industries and professions, including publishing. Allen Lane, in 1934 managing director of the struggling publisher The Bodley Head, came up with the idea of good quality editions by contemporary writers for a sixpence each – the price of just ten cigarettes. Failing to convince his co-directors that there was a profitable market for these cheap paperback books at The Bodley Head (his family business), Lane was forced to make the venture, and gamble, a private one. When the first ten Penguin books were finally released, to the British public they looked starkly original; to a German bibliophile of the nineteen-thirties on the other hand, the Penguin books might have looked like nothing more than a rip-off of a pre-existing German book series. Lane copied, as Benjamin would have it, with imagination, though. 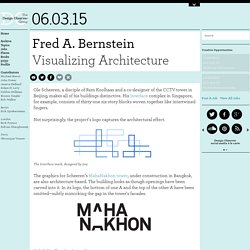 His Interlace complex in Singapore, for example, consists of thirty-one six-story blocks woven together like intertwined fingers. Not surprisingly, the project’s logo captures the architectural effect. The Interface mark, designed by 2x4 The graphics for Scheeren’s MahaNakhon tower, under construction in Bangkok, are also architecture-based. The building looks as though openings have been carved into it. In its logo, the bottom of one A and the top of the other A have been omitted—subtly mimicking the gap in the tower’s facades. Core Identity. Like most graphic designers I know, I didn’t choose graphic design as my first career. 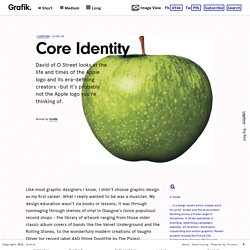 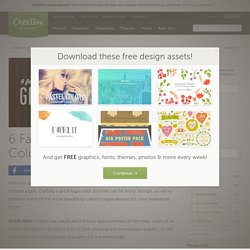 Crafting a great logo color scheme can be tricky though, so we've grabbed some of the most beautifully colorful logos around for your inspiration. Enjoy! Quick Note: Stated hex values are the best approximation of the main color of an object. Designers can put in a lot of time shading and overlaying a graphic, so the color value is not necessarily the same for the whole logo. 1. 16 FAMOUS LOGOS WITH HIDDEN MESSAGES ,Part 3. Did you know that some companies have little hidden messages in their logos? 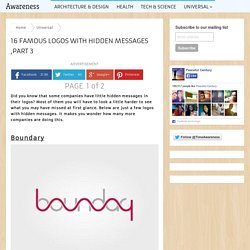 Most of them you will have to look a little harder to see what you may have missed at first glance. Below are just a few logos with hidden messages. It makes you wonder how many more companies are doing this. Boundary Eight Each letter is actually part of the number 8. This is how professional designers create their logos.

I'll always been a "jack of all trades" guy, and I've never said no to trying out new projects. 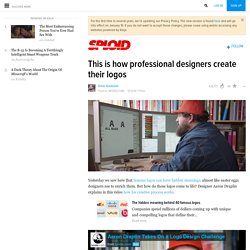 So a long time ago I was referred by someone by word of mouth that I could help design a logo. I had never done it or even tried. Regardless, I took a laptop, a 27" LCD, mouse keyboard, my pencils, paper pad, and a wifi hotspot. It was just a couple guys who did "event promotions" for clubs and the like. 7UP's New Logo Goes Old School.

7UP, your favorite "uncola," has renewed its branding with new logo and packaging designs.

We'll take a quick look at the new design and turn the conversation back to you to see what you think. 7UP Logo History 7UP is by no means a newcomer in the soft drink game. The 7UP brand launched way back in 1936! 6 Famous Logos with Great Color Schemes. Cos'è un brand manual e come si sviluppa - Grafigata! Loghi famosi: messaggi subliminali e significati nascosti di 12 loghi famosi.

If home is our first place, and work is our second place, then mobile screens have definitely become our third place. Smart phone use has increased from 21 percent in 2010 to more than 63 percent today, and with 83 percent of all Americans online regularly, that percentage of mobile users is bound to keep edging up. The fact that so many people now view the world through a window the size of a business card has spelled an inevitable change in logo design. It used to be that minute favicons had to be kept extremely simple: Now, as a rule, logos must be as well, but that doesn’t mean boring. Designers continue to push back and evolve the meaning of “simple.” La matematica applicata al logo design. Tutti sanno cos’è la matematica, ma sicuramente in pochi sapranno quali sono le reali e meno scontate applicazioni nella realtà. Ecco i loghi del futuro (e Nokia è sparita)