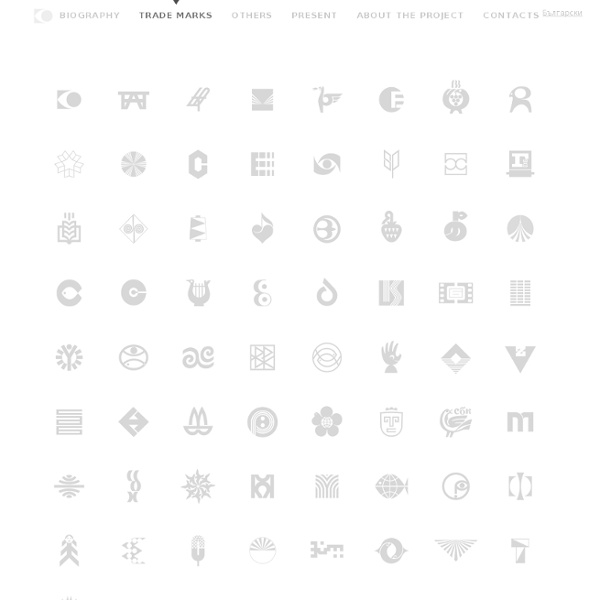 Human Rights logo selected “From over 15,000 submission from more than 190 countries, people have chosen a winner. The Human Rights logo will become an open source product, free to be used by everyone, everywhere, without restrictions — for the purpose of promoting Human Rights. Quoted from Logo Design Challenge for Human Rights. After contention surrounding the voting process, voiced in the comment threads of each news post, a logo has finally been selected to represent human rights. Paul Rand + Steve Jobs I can’t help thinking that Paul Rand and Steve Jobs are cooking up a new identity for a heavenly company. In 1986 Jobs approached Rand to design the logo for his NeXT educational computer company. After obtaining permission from IBM, Jobs offered Rand a handsome sum to develop a logo for a product that was not yet public. The only thing Rand knew was that the mysterious NeXT computer was a black cube. With this scant yet meaningful intelligence, Rand developed a unique proposal book for the mark that walked the reader – Mr. Jobs – through the step by step conceptual process to the final, logical outcome.

Best Surreal Photoshop Tutorials One of the best uses for stock images like those here at StockVault is photomanipulation, namely, taking free photos and altering them to create a digital artwork or creative composition. There are a variety of styles that can be achieved, from abstract to fantasy, science fiction and landscape. In this post, you’ll find the best Photoshop tutorials to create a surreal and unique effect that will make your viewer want to look twice. Create an Out Of Bounds Photomanipulation in Photoshop Design a Surreal Desert Scene in Photoshop This Is New York - Angela Southern next This Is New York I draw inspiration from words and phrases I hear in daily life, on the news, in popular culture and music. This collaboration with photographer Spencer Heyfron is exactly that... real people and real quotes. Featured on PDN's Promos We Kept, Behance, Inspiration Is Served, Type-Ed and Design Work Life.

Pepsi Perfect - Futurepedia - The Back to the Future Wiki Pepsi Perfect was a vitamin-enriched variety of Pepsi cola that was sold at the Cafe 80's in 2015. It was sold in bottles that had a lid with a built-in straw. However, when Marty McFly had first seen the soft drinks container, he was perplexed as to how exactly he was supposed to open it. Actuality Ironically, while Pepsi has yet to produce a vitamin-enriched variety of their soda, their rival Coca Cola has already done so, which is known as Diet Coca Cola Plus.

Follow-Up: DC Comics Yesterday, DC Comics officially unveiled its new identity, after the whole internet (including us) stole its thunder at the start of the week when we all judged its new branding effort based on a single, black-and-white rendition of their new logo. Now it’s an uphill battle to get people on board with what is actually a fairly good looking and flexible identity designed by Landor. The design of the new DC Entertainment identity uses a “peel” effect — the D is strategically placed over the C with the upper right-hand portion of the D peeling back to unveil the hidden C — symbolizing the duality of the iconic characters that are present within DC Entertainment’s portfolio.— Press Release

About Inteviso Inc, an award-winning visualization firm founded in 2000 in Shanghai, China, specializes in interior, architectural and planning rendering. We are a team of graphic designers, architects, and other professionals who are dedicated to expertise-driven design. We are passionate about our work, inspired by our clients, and committed to providing the best service.

TYPOGRAPHY, ILLUSTRATION, FASHION, DESIGN,T-SHIRTS,BARCELONA, STUDIO October 27th 2011 YESS! after a few months collaborating with Society 27, that was an incredible pleasure...XD, Today is the launching of SNEAKER Nº2 ·THE ORIGINS· Take a name What's in a name? Although this exhibition was intended to show the beauty of branded forms when the brand names are removed, these samples are also testament to how powerful graphic symbols are, all by themselves. wearedorothy.com

More4 Rebrand by ManvsMachine We caught a teaser of the new More4 identity a few months back with a showing of just the logo by ManvsMachine . I was a little unsure of it then, and even after seeing it in all its dynamic glory, I am still unsure about the basic logo now. The new More4 logo feels a little too busy in it’s static form, and I am a little weirded out by the hanging E which was more appropriately enclosed in the previous More4 logo by Spin. I still think the original logo just feels far more useable, and easier on the eye, than this multi-coloured version. Simple vs complex? But no denying the overall identity has been very thought out and provides a huge number of variables.

Typography Quotes Week #52 Maybe Some Women Aren’t Meant To Be Tamed. Maybe They Just Need To Run Free Until They Find Someone Just As Wild To Run With Them. 6 people thought this was awesome! Week #51 Dynamic Logo: MIT Media Lab Identity I just saw the brand new visual identity of the MIT Media Lab. The logo is based on an algorithm that produces for everything an unique logo. MIT Media Lab Identity from thegreeneyl on Vimeo.