IF ONLY FOR A SECOND // Mimi Foundation // EN 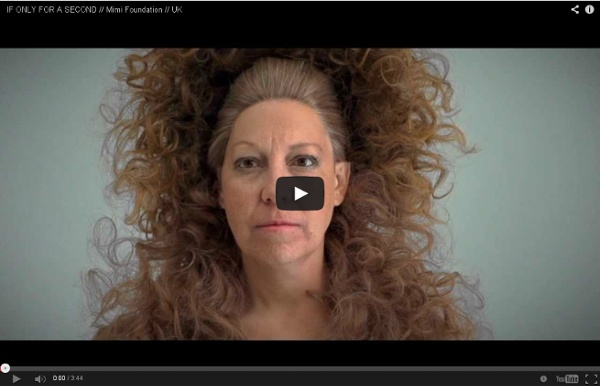 Alan Watts - What do you desire? Crowd-funded Lego car powered by air 19 December 2013Last updated at 11:06 ET By Jane Wakefield Technology reporter A car made from Lego blocks and powered by compressed air An air-powered car built of Lego, that can reach a top speed of around 20km/h (12mph) has hit the roads of Melbourne. It was built by an Australian entrepreneur and a Romanian technologist who used more than 500,000 pieces of Lego to complete the car. The crowd-funded project began with a tweet asking people to invest in an "awesome" start-up. Four air-powered engines and 256 pistons, all built of Lego bricks, enable the car to move. Everything bar the wheels is made from Lego. The creators were worried about a large Lego explosion Co-founder Steve Sammartino told the BBC that he was "neither a car enthusiast nor a Lego enthusiast". "What I am is a technology enthusiast and I wanted to show what is possible when you crowd-fund an idea and use young talented people," he said. The engine is powered by air Continue reading the main story “Start Quote

Designing 20% Time in Education A.J. Juliani is a co-founder of Education Is My Life. He currently is a K-12 Technology Staff Developer overseeing a 1:1 initiative. There is a movement happening in education right now. Maybe you’ve heard about it, maybe you haven’t yet. Yes, I said it, so let me repeat: Students are learning what they want in classrooms across the world. What is truly astounding is how interconnected this movement is with the social web. Right now (depending on who you are) there are three possible ways to deal with this type of news: 1. I’ve heard all three “viewpoints” since writing “20% Time (like Google) In My Class” last January. This article is meant to address the three points-of-view above. If you are a #1 above, this will give you the resources and connections to get started today. If you are a #2 above, this will explain how I currently have three teachers in my high school doing the project. If you are a #3 above, this will explain the research and methodology behind 20% Time in education.

Bentley Ad Shot Using iPhone 5s, Assembled on iPad Air Bentley's newest ad, Intelligent Details, was filmed entirely with Apple's mobile devices. Photographers used the iPhone 5s to shoot video and then put it together using an iPad Air, according to details provided on the making of the ad at the end of the spot (via The Loop). Shot in New York, a quick behind the scenes look at the black and white film on the $300,000 Bentley Mulsanne reveals that it was filmed with an iPhone 5s, using specialized lenses, mounts, and cases to produce high-quality video on par with far more expensive camera equipment. The short video was then assembled using an iPad Air and the iMovie app with an attached custom keyboard case. Much of the editing was done on the go in the back of a Bentley, showing the mobile capabilities of Apple's devices. Bentley's ad is the newest spot to be filmed using Apple tools, but it's far from the first.

#BBCtrending: Tunisia’s rubbish selfie trend 27 May 2014Last updated at 14:04 ET BBC Trending What's popular and why The Antidote to Apathy – From Indifference to Making a Difference | Cruxcatalyst: The Heart of Change One of the perennial questions for change agents is how to get people engaged. Often, it seems, people just don’t seem to care, or are unable to see either a self or collective interest in becoming active participants in change. In ‘The Antidote to Apathy’, Dave Meslin talks about how what is considered apathy, selfishness or laziness is in fact the result of actively discouraging engagement by creating obstacles and barriers to participation and involvement. He gives the example of how we treat changes to things like zoning applications which may be of great interest to a local community – yet they are announced in obscurely-located notices written in bureau-speak. Imagine if Nike wanted to sell a pair of shoes and put an ad in the paper like that: Taking the inverse and applying Nike’s approach to planning and rezoning, Meslin thinks the ads would be more effective at garnering involvement (or at least awareness) if they looked like this: Knowledge/Skills Time Convenience Energy

Gallery: Life on Chicago’s South Side Photographer Jon Lowenstein loves Chicago. He’s originally from Boston, but his affair with the city started with a real-life relationship: Years ago, he dated a woman from the city’s South Side and spent a lot of time exploring the community. Now Lowenstein, a TED Fellow and member of the NOOR photography collective, lives in the neighborhood himself, and is making it his mission to spread awareness about what’s going on there. Predominantly African-American, the South Side is home to nearly a million people, and it’s historically been known as a poor part of town. In the past year, Lowenstein has increased his efforts to reach a larger audience by posting black-and-white reportage photographs of the city on his Instagram account. Below, see 14 of his shots of life on the South Side, along with his commentary. An anti-violence rally on the corner of Jeffrey Blvd and 71st Street in Chicago’s South Shore neighborhood on the South Side. Another shot from the same anti-violence rally.

I'm Taking a Break From University... And I Haven't Even Started | Patrick Mott The time I have been dreaming about since kindergarten was finally approaching. University seemed like a distant eternity from the confines of elementary and high school. Suddenly, everything began to happen so quickly -- prom, final exams, graduation. Then, with what seemed like a blink of an eye, I was a few short weeks from starting the next chapter of my life: Ryerson University. Everything was in order. My iPhone woke me up with screeching sound of my alarm on August 19. Last year, in June 2013, as I procrastinated studying on the eve of my grade 11 math exam, I tweeted that it was my summer goal to have lunch with Arlene Dickinson. A year later, I walked into Le Select Bistro on Wellington Street in Toronto. We then began talking about how I was only a two weeks away from beginning to pursue a Bachelor of Arts in Professional Communication at Ryerson University. Then came the words I have been wishing to hear since I started my company, "There's space in my building.

Buy Pure Genius - Innovation in the Classroom - Don Wettrick 8 Things to Look For in Today’s Classroom As I think that leaders should be able to describe what they are looking for in schools I have thought of eight things that I really want to see in today’s classroom. I really believe that classrooms need to be learner focused. This is not simply that students are creating but that they are also having opportunities to follow their interests and explore passions.1 The teacher should embody learning as well. Will Richardson recently wrote this in a comment on one of my recent posts on what teachers need to be like in our current day and the focus that needs to be on learning: …we need teachers who are masters at developing kids as learners who are adept at sense making around their own goals. Although technology is not the focus, it does give us many opportunities to magnify the opportunities I list below. 1. Finally, let’s start to really tap into the wisdom of our rooms and have students not only learn, but teach each other. What I have missed?