(21) Statistics 110: Probability. Probability Web. Advanced Statistical Inference Calendar - Fall & Spring 2005. Teaching Assistant: 黃信雄 Email: r93221018@ntu.edu.tw Office hours: Friday afternoon 小 考 ( 2 0%) The objective of this course is to introduce to the students some basic theory of probability. It is fundamentally important for understanding the commonly used statistical concepts and methods. It also provides a necessary basis for students for a further study of other advanced statistical courses. 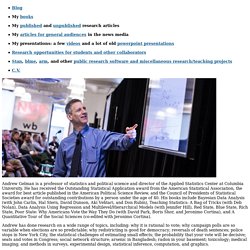 He has received the Outstanding Statistical Application award from the American Statistical Association, the award for best article published in the American Political Science Review, and the Council of Presidents of Statistical Societies award for outstanding contributions by a person under the age of 40. His books include Bayesian Data Analysis (with John Carlin, Hal Stern, David Dunson, Aki Vehtari, and Don Rubin), Teaching Statistics: A Bag of Tricks (with Deb Nolan), Data Analysis Using Regression and Multilevel/Hierarchical Models (with Jennifer Hill), Red State, Blue State, Rich State, Poor State: Why Americans Vote the Way They Do (with David Park, Boris Shor, and Jeronimo Cortina), and A Quantitative Tour of the Social Sciences (co-edited with Jeronimo Cortina). 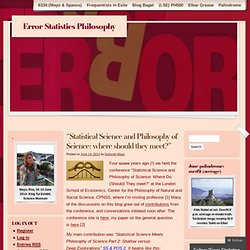 It begins like this: 1. Overheard at the comedy hour at the Bayesian retreat: Did you hear the one about the frequentist… “who defended the reliability of his radiation reading, despite using a broken radiometer, on the grounds that most of the time he uses one that works, so on average he’s pretty reliable?” Or 2. Statisticians do, from time to time, allude to better-known philosophers of science (e.g., Popper). Project Euclid - mathematics and statistics online. R Dynamic System Model. 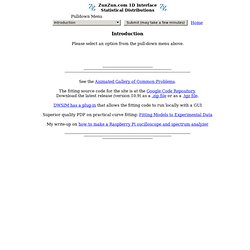 All lines of text that do not begin with a number are ignored. Free Stats Books, Classes & Exercises. Statistics Resources. Quality and the Art of Discovery - Part I by George E.P. Box - Statistics Views. In 1990, the late Professor George E.P. 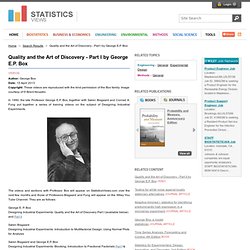 Box, together with Søren Bisgaard and Conrad A. Fung put together a series of training videos on the subject of Designing Industrial Experiments. The videos and sections with Professor Box will appear on StatisticsViews.com over the next few months and those of Professors Bisgaard and Fung will appear on the Wiley You Tube Channel.