Chicken In Garlic White Wine Cream Sauce Recipe. Slow-cooked leek pappardelle with crispy white beans and lemon. There is no food I can evangelise about more than pasta. 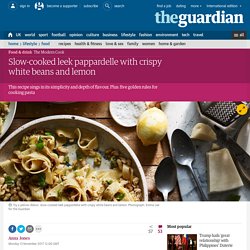 The toothsome chew, a silky sauce that hugs each piece … It cooks in little more than 10 minutes, it’s an unrivalled vehicle for flavour and it sates the appetite whatever the season (but most excellently as the months grow colder). As a young chef, I spent a lot of time in a kitchen that championed Italian cuisine, so my cooking is rooted in that tradition. There are five things I learned there about cooking pasta. For keen cooks, pasta enthusiasts and Italians, none of this will be new, and many will have their own ideas, but these are the things that work for me: 1 Water. 2 Al dente. 3 Reserve a cup of cooking water. 4 Mix. 5 Oil. How to cook the perfect penne all’arrabbiata. If I had to eat one cuisine forever more, I think it would probably be Italian – and not just because a world without spaghetti carbonara feels like a very bleak place indeed. 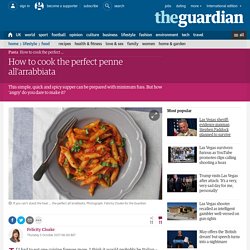 The sheer variety, from the potato dumplings of the Dolomites to the saffron-spiked couscous of Sicily, has much to do with it; plus the fact that – unlike, say, traditional French, or British cooking – it is not shy of a bit of heat. Not only does the south produce a lot of very fine peperoncino, but, as Rose Gray and Ruth Rogers explain in the River Cafe Classic Italian Cook Book, “in Italy, many cooks grow their own chillies” – something that is less easy for those of us in somewhat chillier climes.

Pasta all’arrabbiata, a dish apparently native to Rome, is a case in point: the name refers to the “angry” heat of the chilli-spiked tomato sauce – though it’s up to you, of course, exactly how furious you’d like it to be. The chillies The tomatoes The extras. Pappardelle Puttanesca Recipe. Sirloin Steak with Béarnaise Sauce » Food & Community. Preparation To make the béarnaise sauce, add white wine vinegar, white wine, tarragon stalks, shallots and peppercorns to a small saucepan. 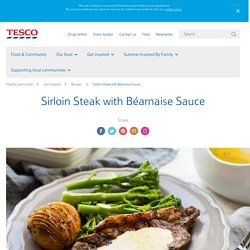 Bring the mixture to the boil, then reduce heat and simmer until liquid has reduced to about 1 tablespoon. Strain the liquid through a fine meshed sieve into a heatproof jug. Make sure to press all of of the liquid out of the shallots with the back of a spoon. Add egg yolks and blend with a stick blender until well combined. Meanwhile, melt butter in a saucepan on a medium heat until bubbling and frothy. Blend continuously until the sauce has thickened. Stir in tarragon leaves and season to taste if needed. Seared Sea Scallops with Linguini in a Herb and Wine Sauce Recipe. Place a large pot of water over high heat and bring up to a boil for the pasta. 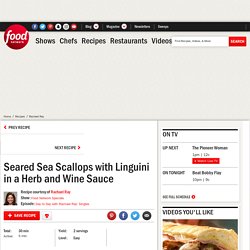 Once at a boil add some salt and cook pasta to package directions. Hold off on starting the scallops until you drop your pasta. Remove the mussel from the scallops then with a paper towel pat them dry and season them with salt and pepper. Preheat a large skillet over medium high heat. Add 1 tablespoon of extra-virgin olive oil, about 1 turn around the pan and 2 tablespoons of the butter. Add an additional drizzle of olive oil to the skillet and add the garlic, shallots, crushed red pepper flakes, thyme, a little salt and pepper. Divide the pasta between 2 serving plates and top with reserved scallops. Fresh Rigatoni with Chorizo Recipe by Michael Symon. Spanish train driver faces ‘reckless homicide’ charge - European News. Home - midleton farmers market 2. Cork English Market. Welcome to Pasta Gourmet. RTÉ Television - Fresh from the Farmers Market. Clodagh McKenna trained as a chef at Ballymaloe Cookery School before going on to work as a chef at Ballymaloe House for 3 years. 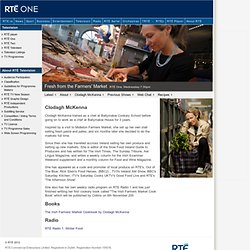 Pasta Market Analysis in Ireland. Publication date: January 2013 Report size: 55 pages Keywords : fresh pasta, pasta, preserved pasta “Comfort food” has always been popular but the media has been encouraging consumers to beat the crunch with homemade simple cooking due to the recession. 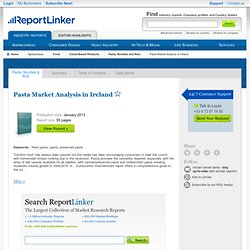 Purely Pasta: where it all began and why I love to cook. Belfast Pasta was born when I picked up and old 'La Parmiagiana' pasta extrusion machine, when a local deli closed its doors in 2004. 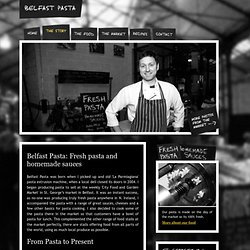 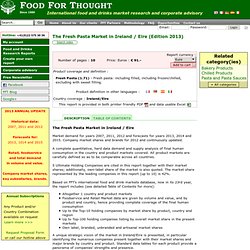 Company market shares and brands for 2012 and continuously updated. A complete quantitative, hard data demand and supply analysis of final human consumption in the country and product markets covered. All product markets are carefully defined so as to be comparable across all countries. 5 Ultimate Holding Companies are cited in this report together with their market shares; additionally, own-label share of the market is also quoted. Based on FFT's international food and drink markets database, now in its 23rd year, the report includes (see detailed Table of Contents for more): Why you should buy this report Coverage.