Green Pizza with a Cauliflower Base. It struck us that we haven’t posted a pizza recipe here in a while. 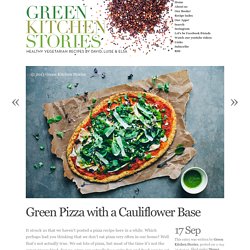 Which perhaps had you thinking that we don’t eat pizza very often in our home? Well that’s not actually true. We eat lots of pizza, but most of the time it’s not the super greasy kind. Health by chocolate. Raw Dark Chocolate with Goji Berries. 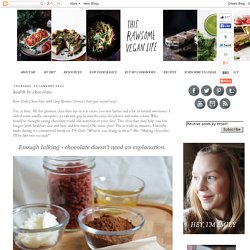 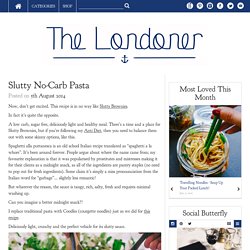 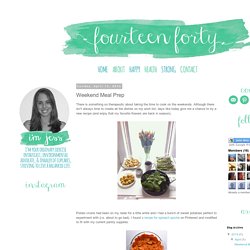 Although there isn't always time to create all the dishes on my wish list, days like today give me a chance to try a new recipe (and enjoy that my favorite flowers are back in season). Potato crusts had been on my radar for a little while and I had a bunch of sweet potatoes perfect to experiment with (i.e. about to go bad). I found a recipe for spinach quiche on Pinterest and modified to fit with my current pantry supplies. Sweet Potato Crusted Spinach Quiche Ingredients: Recipe for Zucchini Crust Vegetarian Pizza Margherita (on the grill or in the oven)

This seems to be the summer for pizza crust experiments at Chez Kalyn, and this recipe for Vegetarian Zucchini-Crust Pizza Margherita was inspired by the Cauliflower-Crust Vegetarian Pizza I made last month. 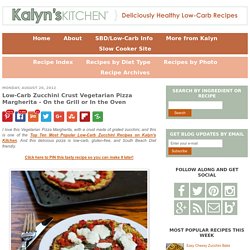 After trying that pizza with a crust made of cooked cauliflower, cheese, almond meal, and an egg, I started wondering why you couldn't make a similar type of crust with zucchini.Jake was skeptical, and it did take us two tries to get a crust we were happy with, but we both loved the way the zucchini added flavor to this crust and really complemented the simple tomato sauce, fresh basil, and fresh Mozzarella that are the traditional toppings for Pizza Margherita. This is a pizza recipe that's not only vegetarian, but also gluten-free and low carb and it's another answer to that zucchini problem that so many people have this time of year. Use a food processor, or the large sides of a hand grater to grate the zucchini. Cauliflower Crust Grilled Cheese. Don’t worry people, I’m going to cauliflower crust rehab in a day or so. 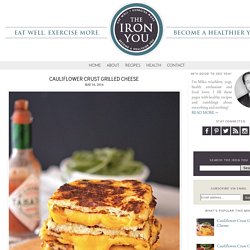 They say the first step in solving a problem is to admit that you have a problem. So, here it goes: “Hello, my name is Mike and I’m a cauliflower crust addict” “Hello Mike” “Over a year ago I’ve first tried cauliflower crust and since then I’ve been making it at least twice a week. Skinny Omelette Recipe. It has been well over four years since I started featuring recipes on this site. 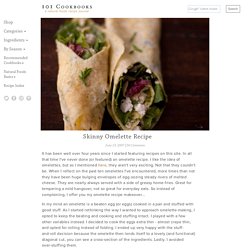 In all that time I've never done (or featured) an omelette recipe. I like the idea of omelettes, but as I mentioned here, they aren't very exciting. Not that they couldn't be.