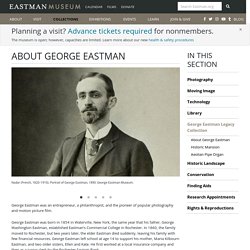 George Eastman was born in 1854 in Waterville, New York, the same year that his father, George Washington Eastman, established Eastman’s Commercial College in Rochester. In 1860, the family moved to Rochester, but two years later, the elder Eastman died suddenly, leaving his family with few financial resources. George Eastman left school at age 14 to support his mother, Maria Kilbourn Eastman, and two older sisters, Ellen and Kate. He first worked at a local insurance company and then as a junior clerk by the Rochester Savings Bank. When Eastman was 23, a colleague suggested that he take a camera on an upcoming vacation. Nikola Tesla - Inventions, Facts & Death - HISTORY.

Serbian-American engineer and physicist Nikola Tesla (1856-1943) made dozens of breakthroughs in the production, transmission and application of electric power. 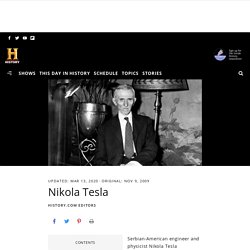 He invented the first alternating current (AC) motor and developed AC generation and transmission technology. Though he was famous and respected, he was never able to translate his copious inventions into long-term financial success—unlike his early employer and chief rival, Thomas Edison. Nikola Tesla’s Early Years. The Legacy of Nikola Tesla – The Engineering Daily. Undisputedly one of the world’s most visionary engineers of all time, Nikola Tesla was born on July 1856 in Croatia. 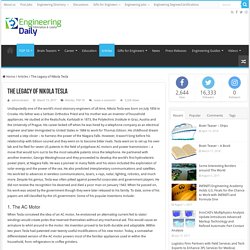 His father was a Serbian Orthodox Priest and his mother was an inventor of household appliances. He studied at the Realschule, Karlstadt in 1873, the Polytechnic Institute in Graz, Austria and the University of Prague. His career kicked off when he was hired by a telephone company as an electrical engineer and later immigrated to United States in 1884 to work for Thomas Edison. His childhood dream seemed a step closer – to harness the power of the Niagara Falls. However, it wasn’t long before his relationship with Edison soured and they went on to become bitter rivals. 1. When Tesla conceived the idea of an AC motor, he envisioned an alternating current fed to stator windings would create poles that reversed themselves without any mechanical aid. 2. Biography, Inventions, & Facts. Henry Bessemer, in full Sir Henry Bessemer, (born January 19, 1813, Charlton, Hertfordshire, England—died March 15, 1898, London), inventor and engineer who developed the first process for manufacturing steel inexpensively (1856), leading to the development of the Bessemer converter. 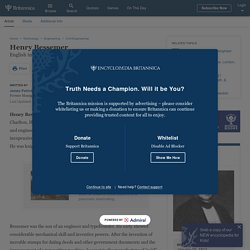 He was knighted in 1879. Read More on This Topic steel: Bessemer steel Bulk steel production was made possible by Henry Bessemer in 1855, when he obtained British patents for a pneumatic steelmaking... Gottlieb Daimler Biography. Childhood & Early Life. 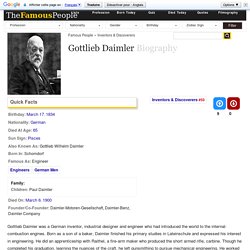 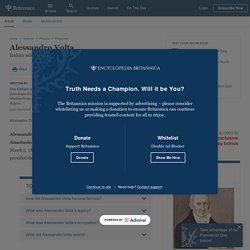 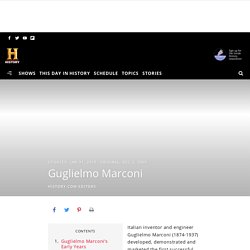 His company’s Marconi radios ended the isolation of ocean travel and saved hundreds of lives, including all of the surviving passengers from the sinking Titanic. In 1909 he shared the Nobel Prize in Physics for his radio work. Guglielmo Marconi’s Early Years Guglielmo Marconi was born in 1874 in Bologna, Italy. His father was a wealthy landowner and his mother was a member of Ireland’s Jameson family of distillers. In 1894 Marconi became fascinated with the discovery by German physicist Heinrich Rudolf Hertz of “invisible waves” generated by electromagnetic interactions. Guglielmo Marconi in England. The 20 Most Influential Americans of All Time. Much of the world we live in today is a legacy of Thomas Alva Edison and of his devotion to science and innovation. 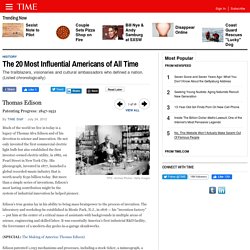 He not only invented the first commercial electric light bulb but also established the first investor-owned electric utility, in 1882, on Pearl Street in New York City. His phonograph, invented in 1877, launched a global recorded-music industry that is worth nearly $150 billion today. But more than a simple series of inventions, Edison’s most lasting contribution might be the system of industrial innovation he helped pioneer. 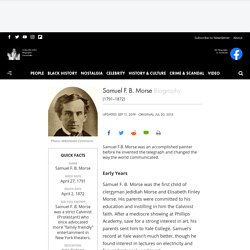 Morse was an accomplished painter before he invented the telegraph and changed the way the world communicated. Early Years Samuel F. B. How did Samuel Morse invent Morse Code? By 1837 Morse had developed a working one-wire model. 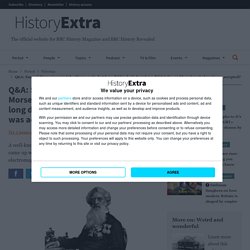 It produced a zig-zag line on a strip of ticker tape, the dips of which could be decoded into letters and numbers with a special dictionary composed by Morse himself. Marie Curie: Her Life, Achievements & Legacy. As Marie Curie tops our poll, 100 Women Who Changed the World, we tell you everything you need to know about the scientist who paid the ultimate price for her discovery… Born: 7 November 1867, Warsaw, Poland Died: 4 July 1934, Passy, Haute-Savoie, France Remembered for: Being the first woman to be awarded the Nobel Prize, in 1903 for her research into radioactivity. Curie later went on to win a second Nobel Prize, for chemistry, in 1911. She is still the only person to have won two Nobels in two different sciences. The legacy of Brunel for today’s engineers.

In a recent survey amongst our engineering candidates, we asked ‘who has been the most influential engineer of the last 160 years?’ Unsurprisingly with the extent of his engineering career, the person who came out on top was the legendary Isambard Kingdom Brunel. Many of us are familiar with the name and can probably all state at least one of his key engineering achievements but I thought it was worth taking a bit more time to understand Brunel’s full influence and the legacy he leaves behind for today’s engineers. How to build an underwater tunnel Like many engineers today, Brunel may well have been inspired to enter this profession by his father, Marc Brunel, who was a talented engineer.

We have limited our time period between the mid-1700s and 1840 which is commonly agreed to be the period of time for the Industrial Revolution. 1. History: Historical Figures. 10 Major Inventors of the Industrial Revolution. Who Made America? Steamboat Services A savvy artist-turned-technologist took steamboat inventions and innovated them into the first viable commercial steamboat service.

Portrait Painter Although Robert Fulton did not invent the steamboat, as is commonly believed, he was instrumental in making steamboat travel a reality. He was born in Pennsylvania in 1765. As a young man, he set out to make his name as a portrait painter. His career would take him to Europe -- and into the orbit of people with the power to back him politically and financially. New Career Fulton ventured into London society after he painted Benjamin Franklin's portrait. Submarine Fulton was not focused entirely on the steamboat. Steamboat Service To build an efficient, reliable steamboat, Fulton used a special English steam engine. Instrumental Transport Fulton's innovation left quite a legacy.