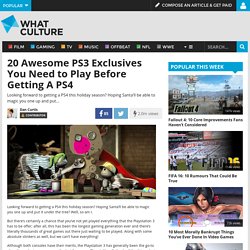 Although both consoles have their merits, the Playstation 3 has generally been the go-to place for exclusive games over the last few years. You know that ancient pointless debate about videogames being art and all that? Completely divisional, Beyond delivers a pretty good story experience told over the course of a young lady’s life. Oh yeah, and there’s a ghost and stuff too, if that appeals to ya. 20 Awesome PS3 Exclusives You Need to Play Before Getting A PS4 - Page 11. 20-awesome-ps3-exclusives-need-play-getting-ps4. God of War III for PlayStation 3 Reviews. Braid Trailer. The Walking Dead: A Telltale Games Series for PlayStation 3 Reviews. The best way to describe the Walking Dead Season One is as an elaborate choose your own adventure story. 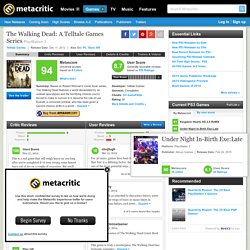 There is some action, though it's relatively simple to make it through. The power of the game lies in its narrative and the characters you spend your journey with. The story is powerful and gripping, with decent replay value for a story driven, fairly linear game with limited action. The presentation for the game is decent. The graphics are cell shaded and look hand drawn, a style I enjoy myself but know some people do not . The gameplay is simplistic, but you get what you expect. As mentioned before the game's story is where it shines. Call of Duty: Advanced Warfare for PlayStation 3 Reviews. To give context to my review, I'm a fan of the franchise and have played the series more than any other FPS. 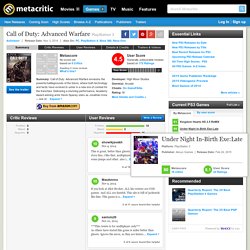 That being said I do enjoy other games and have had the opportunity to play a variety of FPS. CoD AW is not your typical Call of Duty, in my opinion it is more along the lines of Halo. While the game offers a variety of new directions for the franchise, overall execution is piss poor. - Movement is buggy and lacks the smoothness you'd expect in an FPS. Overall it seems that Sledgehammer games tried to make CoD spectacular by adding as much filler as they could, making a simple FPS overly complex. 25 upcoming PS3 games for 2014 and beyond. PS3 isn't dead yet... 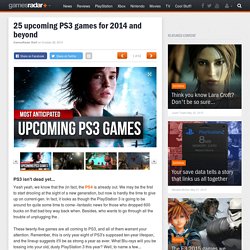 Yeah yeah, we know that the (in fact, the PS4 is already out. We may be the first to start drooling at the sight of a new generation, but now is hardly the time to give up on current-gen. In fact, it looks as though the PlayStation 3 is going to be around for quite some time to come--fantastic news for those who dropped 600 bucks on that bad boy way back when. Besides, who wants to go through all the trouble of unplugging the . These twenty-five games are all coming to PS3, and all of them warrant your attention. Call of Duty: Advanced Warfare Release Date: November 4, 2014[Pre-Order it on Amazon] A new year brings a new Call of Duty, but this year's entry into the annual first-person shooter franchise is particularly interesting. We like the futuristic ideas that we've seen from this new Call of Duty so far, it's definitely showing off some high-tech stuff not yet available today, yet it still seems "real" enough to be believable.

Top 15 PS3 Games of 2013. Top PS3 Games 2013 The PlayStation 3 has been home to many fantastic titles over the years since its entrance into the videogame console market as its most powerful platform. 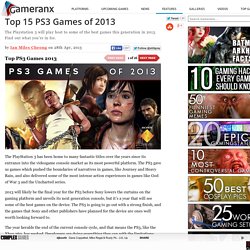 The PS3 gave us games which pushed the boundaries of narratives in games, like Journey and Heavy Rain, and also delivered some of the most intense action experiences in games like God of War 3 and the Uncharted series. 2013 will likely be the final year for the PS3 before Sony lowers the curtains on the gaming platform and unveils its next generation console, but it’s a year that will see some of the best games on the device. The PS3 is going to go out with a strong finish, and the games that Sony and other publishers have planned for the device are ones well worth looking forward to. Top 15 PS3 Games of 2013. Top 15 PS3 Games of 2013. Destiny for PS4. Call of Duty: Advanced Warfare for PS3. Battlefield 3: Aftermath for PS3. Call of Duty: Black Ops 2 for PS3. Rain: Story Trailer - Game Trailers. IGN's Top 25 PlayStation 3 Games. 2k Revisiting our list of PlayStation 3's best titles. 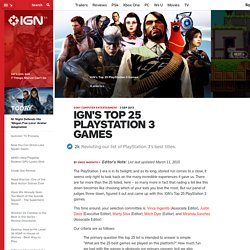 By Vince IngenitoEditor's Note: List last updated March 11, 2015 The PlayStation 3 era is in its twilight, and as its long, storied run comes to a close, it seems only right to look back on the many incredible experiences it gave us. There are far more than the 25 listed, here – so many more in fact that nailing a list like this down becomes like choosing which of your kids you love the most. But our panel of judges threw down, figured it out and came up with this: IGN’s Top 25 PlayStation 3 games. This time around, your selection committee is: Vince Ingenito (Associate Editor), Justin Davis (Executive Editor), Marty Sliva (Editor), Mitch Dyer (Editor), and Miranda Sanchez (Associate Editor) Our criteria are as follows: The primary question this top 25 list is intended to answer is simple: "What are the 25 best games we played on this platform?

" What do you think of our selections? And now, without further ado... See Fez on. Ultimate Fool Proof Guide: Ps3 Hardware Downgrading. Wire reference For wiring, use 20-26 AWG. 18 can be too stiff while 28 is too fragile. 24-26 AWG works fine in most cases. 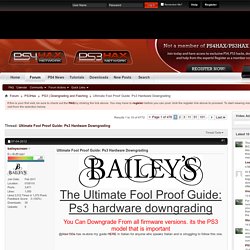 The Grounds and VCC wires may ofcourse be thicker than the signal wires. Keep wires short, up to ~20cm max (longer gives errors). The shorter the better : 15cm and shorter mostly works fine with AWG26 on NOR. For NOR wiring the solderarea (the NORpoints) is 10x larger than the solderarea used with NAND (pitch 0.5mm, just as NOR chips btw), so for NOR you have much more headroom (and also need!) To use thicker wires (for NAND you most likely want to use 28 AWG and cannot use much thicker) Use caliper to measure unknown/unmarked wires and compare with above table/listing. 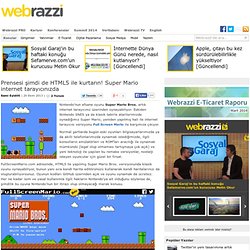