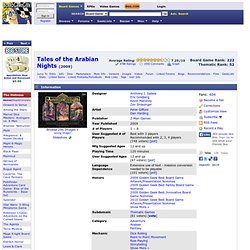 You will travel the land seeking your own destiny and fortune. You will learn stories and gain wisdom to share with others. Mice and Mystics. Game description from the publisher: In Mice and Mystics players take on the roles of those still loyal to the king – but to escape the clutches of Vanestra, they have been turned into mice! 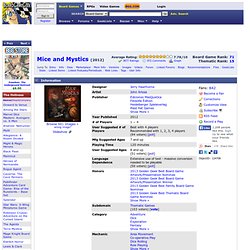 Play as cunning field mice who must race through a castle now twenty times larger than before. Agents of SMERSH. Fauna. CO₂ In the 1970s, the governments of the world faced unprecedented demand for energy, and polluting power plants were built everywhere in order to meet that demand. 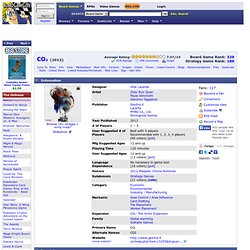 Year after year, the pollution they generate increases, and nobody has done anything to reduce it. Now, the impact of this pollution has become too great, and humanity is starting to realize that we must meet our energy demands through clean sources of energy. Companies with expertise in clean, sustainable energy are called in to propose projects that will provide the required energy without polluting the environment. Regional governments are eager to fund these projects, and to invest in their implementation. If the pollution isn't stopped, it's game over for all of us. In the game CO₂, each player is the CEO of an energy company responding to government requests for new, green power plants. In CO₂, each region starts with a certain number of Carbon Emissions Permits (CEPs) at its disposal. 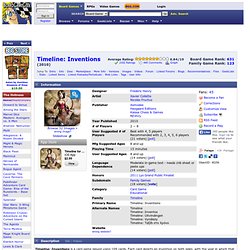 Each card depicts an invention on both sides, with the year in which that invention was created on only one side. Senji. Senji lets you don the armor of a chief of a Japanese clan in medieval Japan. 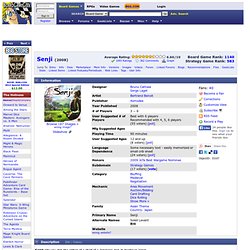 Your goal is obvious: to become the daimyo whose honor imposes respect over all the other clans. To achieve your goals and to gain honor, you will have to overcome your adversaries in terrifying bloody battles, by holding in respect the other clans grace, honoring hostages or alliances. 1775: Rebellion. Shogun. Shogun is based on the Wallenstein (first edition) game system. 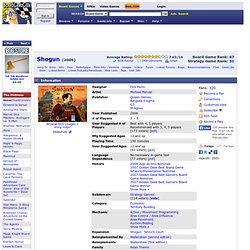 The game is set in the Sengoku period (approx 1467-1573) which ends with the inception of the well-known Tokugawa Shogunate. The game is an international edition with language-independent components and five language-dependent rule booklets. Japan during the Sengoku or “Warring States” Period: each player assumes the role of a great Daimyo with all his troops. Each Daimyo has the same 10 possible actions to develop his kingdom and secure points. To do so he must deploy his armies with great skill. Re-implements: Wallenstein (first edition) Founding Fathers. Newest game from the pair that made 1960: The Making of the President. 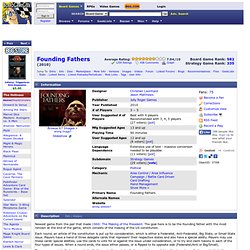 The goal here is to be the founding father with the most renown at the end of the game, which consists of the making of the US constitution. Each round, an article of the constitution is put up for consideration, which is either a Federalist, Anti-Federalist, Big State, or Small State issue. Players have a hand of three delegate cards that represent their respective states and also have a special ability. A Few Acres of Snow. A Few Acres of Snow is a two-player, card-driven game about the French and British conflict in North America. 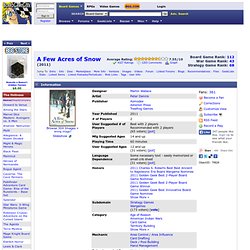 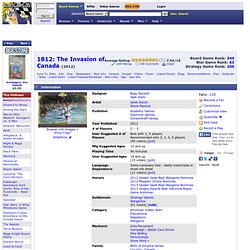 War is raging across Europe and Russia. Napoleon, emperor of France, is seeking to dominate Europe through conquest. France’s enemies, led by England, are engaged in a desperate struggle to defeat Napoleon. Twilight Struggle. "Now the trumpet summons us again, not as a call to bear arms, though arms we need; not as a call to battle, though embattled we are – but a call to bear the burden of a long twilight struggle... 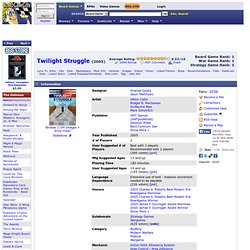 " – John F. Kennedy In 1945, unlikely allies toppled Hitler's war machine, while humanity's most devastating weapons forced the Japanese Empire to its knees in a storm of fire. Where once there stood many great powers, there then stood only two. The world had scant months to sigh its collective relief before a new conflict threatened.

Unlike the titanic struggles of the preceding decades, this conflict would be waged not primarily by soldiers and tanks, but by spies and politicians, scientists and intellectuals, artists and traitors. Twilight Struggle inherits its fundamental systems from the card-driven classics We the People and Hannibal: Rome vs. Twilight Struggle's Event cards add detail and flavor to the game. Muggins! Pandemic. Freedom: The Underground Railroad. Space Cadets. Captain: 1 Captain Display 1 Nemesis Track Token 8 Experimental Equipment Cards 1 Sand Timer Engineering: 1 Engineering Display 16 Engineer Tiles 2 white Battery Tokens 16 green Energy Tokens Sensors: Word on the Street. Die Macher. Die Macher is a game about seven sequential political races in different regions of Germany.