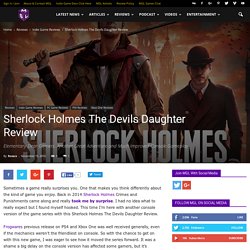 One that makes you think differently about the kind of game you enjoy. Back in 2014 Sherlock Holmes Crimes and Punishments came along and really took me by surprise. I had no idea what to really expect but I found myself hooked. This time I’m here with another console version of the game series with this Sherlock Holmes The Devils Daughter Review. Frogwares previous release on PS4 and Xbox One was well received generally, even if the mechanics weren’t the friendliest on console. WWE 2K17 Review - A Fun Welcome to Suplex City. The roar of the crowd, the music hits, it’s JOHN CEEEENNNNAAAA!!! 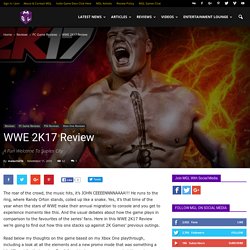 He runs to the ring, where Randy Orton stands, coiled up like a snake. Yes, it’s that time of the year when the stars of WWE make their annual migration to console and you get to experience moments like this. And the usual debates about how the game plays in comparison to the favourites of the series’ fans.

Here in this WWE 2K17 Review we’re going to find out how this one stacks up against 2K Games’ previous outings. Read below my thoughts on the game based on my Xbox One playthrough, including a look at all the elements and a new promo mode that was something a bit different for their series. So how does 2K17 measure up to the Hall of Fame of wrestling games? Titanfall 2 Review - A Robo-Bromance Story In An Amazing Shooter. There are so many shooters around as this Titanfall 2 review goes live, gamers are spoilt for choice. 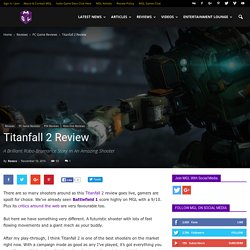 We’ve already seen Battlefield 1 score highly on MGL with a 9/10. Plus its critics around the web are very favourable too. But here we have something very different. A futuristic shooter with lots of fast flowing movements and a giant mech as your buddy. Dragon Ball Xenoverse 2 Review. The world of Dragon Ball is in trouble and we need to fix time! 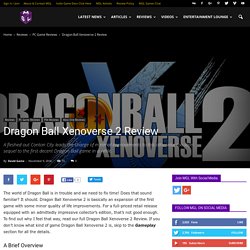 Does that sound familiar? It should. Dragon Ball Xenoverse 2 is basically an expansion of the first game with some minor quality of life improvements. For a full-priced retail release equipped with an admittedly impressive collector’s edition, that’s not good enough. To find out why I feel that way, read our full Dragon Ball Xenoverse 2 Review. Batman Return To Arkham - Arkham City Remastered Review. I’m back being Batman once again as I head back to the Return to Arkham package. 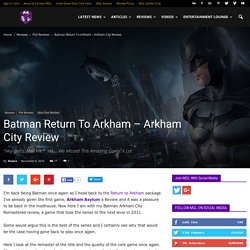 I’ve already given the first game, Arkham Asylum a Review and it was a pleasure to be back in the madhouse. A Modern, Classic Shooter That Is A Must Play. Much has been made of the settings of the big shooter franchises this year. 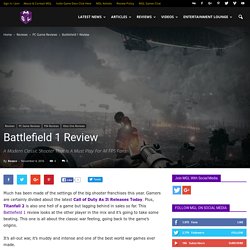 Gamers are certainly divided about the latest Call of Duty As It Releases Today. Plus, Titanfall 2 is also one hell of a game but lagging behind in sales so far. Batman The Telltale Series – Episode 3 New World Order Review. There is much going on with Batman right now, we’ve already started the Return to Arkham reviews. 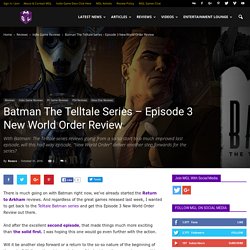 And regardless of the great games released last week, I wanted to get back to the Telltale Batman series and get this Episode 3 New World Order Review out there. And after the excellent second episode, that made things much more exciting than the solid first. Dragon Quest Builders Review. Brad Shoemaker of Giant Bomb infamy said it best: “It’s like Minecraft if you replaced the freedom with quests”. 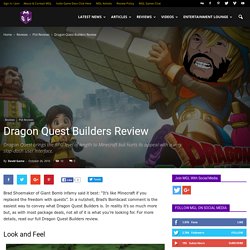 In a nutshell, Brad’s Bombcast comment is the easiest way to convey what Dragon Quest Builders is. In reality it’s so much more but, as with most package deals, not all of it is what you’re looking for. For more details, read our full Dragon Quest Builders review. Look and Feel. Stunning Battlefield 1 War Stories Have Allayed My Fears On Single Player. When you think about the First Person Shooter craze you’d generally think of one thing: multiplayer. 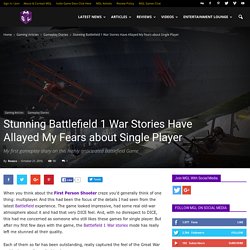 And this had been the focus of the details I had seen from the latest Battlefield experience. The game looked impressive, had some real old-war atmosphere about it and had that very DICE feel. And, with no disrespect to DICE, this had me concerned as someone who still likes these games for single player. But after my first few days with the game, the Battlefield 1 War stories mode has really left me stunned at their quality. Each of them so far has been outstanding, really captured the feel of the Great War and had me really excited to play more. As my author name, Respawn Rossco would suggest, I’m not the best player at multiplayer out there. Duke Nukem 3D Anniversary Review - "Nostalgic Fun or Just Outdated?"

Shooters are known for their bombastic, over the top attitudes, and this is something almost synonymous with Duke Nukem. 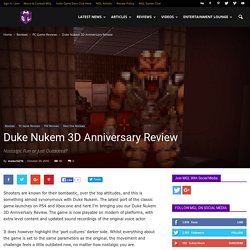 Aragami Review. Ninjas are cool. Everybody knows they are, and if you don’t, you should. A well-crafted stealth experience is also great. What’s not as pleasant is a serious drop in frame-rate on a fairly regular basis. Aragami has all of the aforementioned and more to consider. Transformers Fall of Cybertron Review - PS4 & Xbox One Remaster. This remastered version of High Moon Studios came along very out of the blue. There wasn’t much pushed out by Activision but it’s one of the better Transformers games on the market for last generation consoles. So, I’ve gone back to Cybertron to bring you this Transformers Fall of Cybertron review. A game I really enjoyed on my PS3 after improving on the very decent War of Cybertron. The first game was good while you weren’t scraping around for ammo constantly. But this sequel was a much more complete experience, if on the simple side in its gameplay. But a remaster is here, should you bother with it? Look and Feel – Robot Wars.

Batman Telltale Series - Episode 1 Realm Of Shadows Review. With Batman the Telltale series I’m arriving more like Bruce Wayne than Batman: fashionably late. Here you will find me looking into Batman The Telltale series, starting with an Episode 1: Realm of Shadows Review. Yes, the second episode is here and that review will follow very shortly here on MGL. I have been looking forward to this one as both a fan of the Dark Knight and Telltale games during a rather hectic summer. Is Destiny Worth Playing Now Rise of Iron Is Out? - Rossco Revisits. Sometimes games play on my mind. A few of them are pure guilt that I have not played enough of them and maybe moved on too soon as this industry almost encourages. Some games just don’t quite work for you as they come out so they get lost in the pile of games you never quite got round to playing properly. PES 2017 Review - The Special One. A new season is upon us gamers and that means we have some digital football to play!

With that we’re going to get the inevitable derby match that sees PES taking on FIFA. It’s the former taking to the pitch first for our official PES 2017 review. Showing my age, that might switch to good old “Pro Evo” a few times as we go ahead with this. But whatever you want to call it, Konami’s latest football sim is following up on arguably the best game in the series last year. This brings a added pressure to show the progression without taking away the great work already done. F1 2016 Review. It’s time for some prefix disclaimers! Mirror's Edge Catalyst Review. Mirror’s Edge Catalyst is an open-world (ish) first-person, action-adventure game with an emphasis on free-running. In an effort to reboot this somewhat promising idea of first-person parkour, we start fresh with the familiar face of Faith Connors as we delve in to this re-imagined world.