The Haze - How it has affected our economy. The haze, it is something every Malaysian has to go through annually. 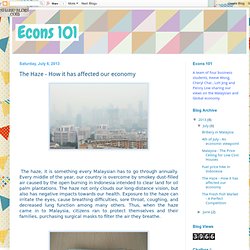 Every middle of the year, our country is overcome by smokey dust-filled air caused by the open burning in Indonesia intended to clear land for oil palm plantations. The haze not only clouds our long-distance vision, but also has negative impacts towards our health. Exposure to the haze can irritate the eyes, cause breathing difficulties, sore throat, coughing, and decreased lung function among many others.

Thus, when the haze came in to Malaysia, citizens ran to protect themselves and their families, purchasing surgical masks to filter the air they breathe. surgical mask. Haze: Face masks flying off shelves in Malaysia as well. None left: A sign at a store in Petaling Jaya informing customers that it has run out of face masks. 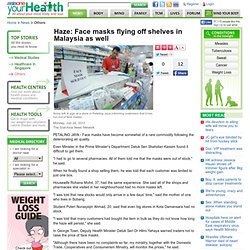 Monday, Jun 24, 2013 The Star/Asia News Network PETALING JAYA - Face masks have become somewhat of a rare commodity following the deteriorating air quality. Even Minister in the Prime Minister's Department Datuk Seri Shahidan Kassim found it difficult to get them. Malaysian Meteorological Department - Haze. What is Haze? 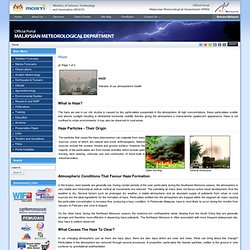 The haze we see in our city skyline is caused by tiny particulates suspended in the atmosphere. At high concentrations, these particulates scatter and absorb sunlight resulting in diminished horizontal visibility thereby giving the atmosphere a characteristic opalescent appearance. Haze is not confined to urban environments; it may also be observed in rural areas. Haze Particles - Their Origin Atmospheric Conditions That Favour Haze Formation In the tropics, wind speeds are generally low. Haze Forces Economic Upgrading_国际商报网 www.shangbao.net.cn. The soaring pollution index across parts of central and eastern China at the beginning of January was reflected in a poorer performance by multiple economic sectors. 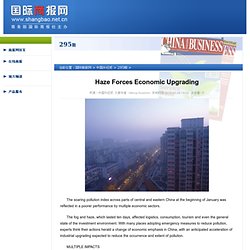 The fog and haze, which lasted ten days, affected logistics, consumption, tourism and even the general state of the investment environment. With many places adopting emergency measures to reduce pollution, experts think their actions herald a change of economic emphasis in China, with an anticipated acceleration of industrial upgrading expected to reduce the occurrence and extent of pollution. “There’s a lot of fog in Nanjing today. If transport is affected our factory cannot send goods to warehouses,” complained Qian Yang, a business manager with the clothing department of Jiangsu Huihong International Textile Co., on January 15. 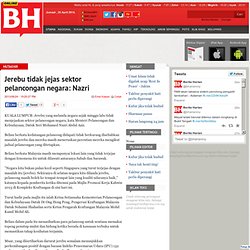 Haze affects income of Selangor fishermen. SHAH ALAM, June 26 (Bernama) -- The heavy haze that hit several states in the country has not only affect the people's health, but also the source of income of certain groups, especially traditional fishermen in Selangor. 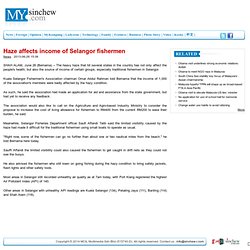 Kuala Selangor Fishermen's Association chairman Omar Abdul Rahman told Bernama that the income of 1,000 of the association's members were badly affected by the hazy condition. As such, he said the association had made an application for aid and assistance from the state government, but had yet to receive any feedback. Schools in M'sia ordered close due to haze. Petaling Jaya (The Star/ANN) - Schools in Kuala Lumpur, Selangor and Malacca have been ordered to be closed today due to the worsening haze. 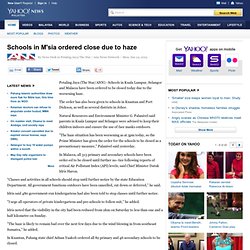 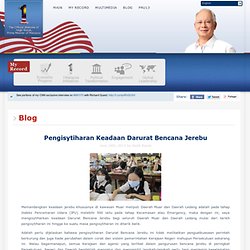 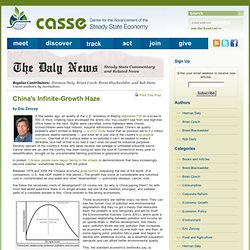 Smoke from land-clearing fires in Indonesia pushed air pollution above the level considered hazardous in parts of Malaysia. 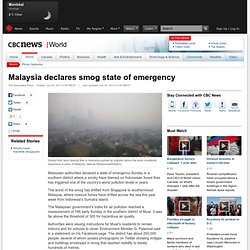 (Bazuki Muhammad/Reuters) Malaysian authorities declared a state of emergency Sunday in a southern district where a smoky haze blamed on Indonesian forest fires has triggered one of the country's worst pollution levels in years. The worst of the smog has shifted from Singapore to southernmost Malaysia, where noxious fumes have drifted across the sea this past week from Indonesia's Sumatra island. The Malaysian government's index for air pollution reached a measurement of 746 early Sunday in the southern district of Muar.

It was far above the threshold of 300 for hazardous air quality. Authorities were issuing instructions for Muar's residents to remain indoors and for schools to close, Environment Minister G. Haze: Impact on Malaysia economy minimal, say experts. The Star/Asia News Network Monday, Jun 24, 2013 Kuala Lumpur - The economy could suffer due to the haze currently polluting some parts of the country, says an economist. The problem, however, would not be serious enough to affect the country's gross domestic product (GDP), said RAM Hold- ings Group chief economist Dr Yeah Kim Leng. Singapore, Malaysia face economic hit from prolonged smog.