The large parts of America left behind by today's economy - Axios. What that means: U.S. geographical economic inequality is growing, meaning your economic opportunity is more tied to your location than ever before. 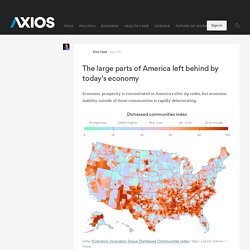 A large portion of the country is being left behind by today's economy, according to a county-by-county report released this morning by the Economic Innovation Group, a non-profit research and advocacy organization. This was a major election theme that helped thrust Donald Trump to the White House. Key findings: Revealed: the 30-year economic betrayal dragging down Generation Y’s income. The full scale of the financial rout facing millennials is revealed today in exclusive new data that points to a perfect storm of factors besetting an entire generation of young adults around the world. 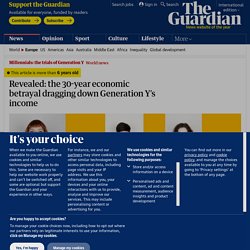 A combination of debt, joblessness, globalisation, demographics and rising house prices is depressing the incomes and prospects of millions of young people across the developed world, resulting in unprecedented inequality between generations. A Guardian investigation into the prospects of millennials – those born between 1980 and the mid-90s, and often otherwise known as Generation Y – has found they are increasingly being cut out of the wealth generated in western societies. Where 30 years ago young adults used to earn more than national averages, now in many countries they have slumped to earning as much as 20% below their average compatriot.

Pensioners by comparison have seen income soar. Want a Better Economy? History Says Vote Democrat! WATCH: What Led Us To The ‘Fiscal Cliff’ How did we get from nearly $6 trillion projected surpluses in 2001 to $6 trillion in new debt? 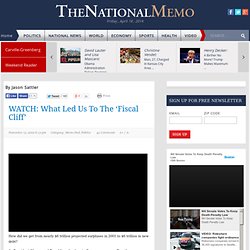 As President Obama and Republican leaders in Congress square off on the debt-cutting measures that could send us over the fiscal cliff, “it’s crucial to remember the source of our deficit and debt. The Center for American Progress’ Michael Linden explains the laws passed during the Bush administration along with the wars and the bad economy over a decade made up 86 percent of the debt we’ve accumulated since 2001. President Obama’s spending and the stimulus are responsible for only 14 percent. Keep that in mind as Republicans demand concessions from the president and the middle class. Deluding Ourselves Over the Fiscal Cliff. Costco Founder Says Obama Better for Business Than Romney. President Barack Obama’s re-election will be better for businesses than a country led by Mitt Romney, Jim Sinegal, co-founder of Costco Wholesale Corp. 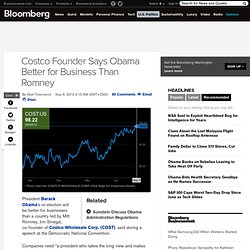 (COST), said during a speech at the Democratic National Convention. Companies need “a president who takes the long view and makes the tough decisions,” said Sinegal, who remained on the board of the largest U.S. warehouse-club chain after retiring as its chief executive officer in January. “That’s why I am here tonight supporting President Obama, a president making an economy built to last.” Creating an environment to spur job creation has been a key issue in the campaign as the president’s supporters criticize Bain Capital Partners LLC, the private-equity firm founded by Republican presidential candidate Mitt Romney, for investing in companies that cut jobs or went bankrupt. Republicans have blamed Obama for an unemployment rate above 8 percent since 2009. '12 Days of Christmas' items now top $100K.

PITTSBURGH – The price of partridges, pear trees and turtle doves has spiked this year, pushing the cost of every item mentioned in the carol "The Twelve Days of Christmas" above $100,000 for the first time. 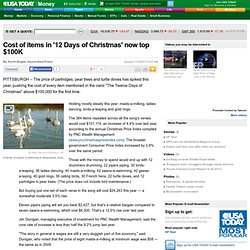 Holding mostly steady this year: maids-a-milking, ladies dancing, lords-a-leaping and gold rings. The 364 items repeated across all the song's verses would cost $101,119, an increase of 4.4% over last year, according to the annual Christmas Price Index compiled by PNC Wealth Management (www.pncchristmaspriceindex.com). The broader government Consumer Price Index increased by 3.9% over the same period. Those with the money to spend would end up with 12 drummers drumming, 22 pipers piping, 30 lords-a-leaping, 36 ladies dancing, 40 maids-a-milking, 42 swans-a-swimming, 42 geese-a-laying, 40 gold rings, 36 calling birds, 30 French hens, 22 turtle doves, and 12 partridges in pear trees. (The price does not include bird maintenance.) Healthcare and Tax Cuts. 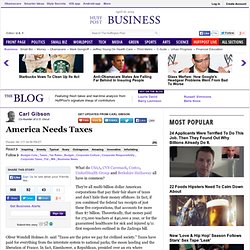 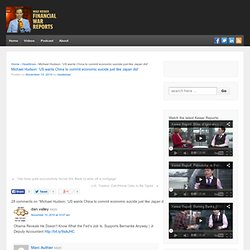 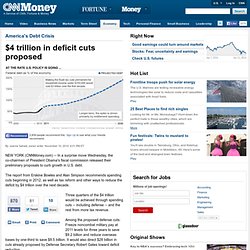 World Bank head calls for monetary system linked to gold. 9 November 2010 In the run-up to the G20 summit of leading economies, to be held Thursday and Friday in Seoul, the president of the World Bank has published a column in the Financial Times calling for a fundamental revamping of the global currency system involving a lesser role for the US dollar and a modified gold standard. 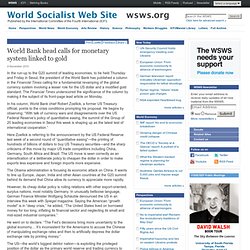 The Financial Times underscored the significance of the column by making it the subject of its front-page lead article on Monday. In his column, World Bank chief Robert Zoellick, a former US Treasury official, points to the crisis conditions prompting his proposal. He begins by observing: “With talk of currency wars and disagreements over the US Federal Reserve’s policy of quantitative easing, the summit of the Group of 20 leading economies in Seoul this week is shaping up as the latest test of international cooperation.” 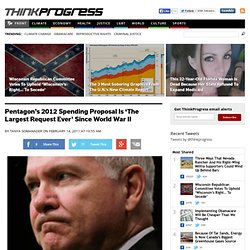 Poll Shows Voters Don’t Know GDP Grew With Tax Cuts. 8 Nasty Conservative Lies About the Democrats and Obama That Must Be Debunked Before the Election. October 25, 2010 | Like this article? Join our email list: Stay up to date with the latest headlines via email. New Figures Detail Depth Of Unemployment Misery, Lower Earnings For All But Super Wealthy. UPDATE: The numbers that form the basis for the story below are "erroneous. " Bloomberg News reports that on Monday, Nov. 1, 2010, the Social Security Administration released corrected tables that show average income for top earners fell by 7.7 percent -- it did not increase five-fold as was previously reported.

As G.O.P. Seeks Spending Cuts, Details Are Scarce. Wall Street Bailout Returns 8.2% Profit Beating Treasury Bonds. The U.S. government’s bailout of financial firms through the Troubled Asset Relief Program provided taxpayers with higher returns than yields paid on 30- year Treasury bonds -- enough money to fund the Securities and Exchange Commission for the next two decades. The government has earned $25.2 billion on its investment of $309 billion in banks and insurance companies, an 8.2 percent return over two years, according to data compiled by Bloomberg. That beat U.S. Treasuries, high-yield savings accounts, money- market funds and certificates of deposit. Investing in the stock market or gold would have paid off better. When the government first announced its intention to plow funds into the nation’s banks in October 2008 to resuscitate the financial system, many expected it to lose hundreds of billions of dollars.

Low Interest Rates Banks benefited from dozens of other programs instituted by the Federal Reserve and the U.S. Jobs Fall/Rise Chart.