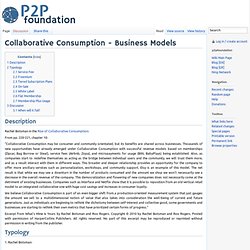 Capitalism Problems. Icelandic Anger Brings Debt Forgiveness in Best Recovery Story. Icelanders who pelted parliament with rocks in 2009 demanding their leaders and bankers answer for the country’s economic and financial collapse are reaping the benefits of their anger. 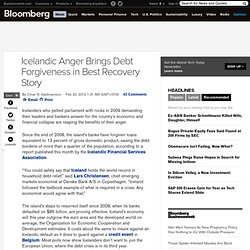 Since the end of 2008, the island’s banks have forgiven loans equivalent to 13 percent of gross domestic product, easing the debt burdens of more than a quarter of the population, according to a report published this month by the Icelandic Financial Services Association. “You could safely say that Iceland holds the world record in household debt relief,” said Lars Christensen, chief emerging markets economist at Danske Bank A/S in Copenhagen.

“Iceland followed the textbook example of what is required in a crisis. Any economist would agree with that.” The island’s steps to resurrect itself since 2008, when its banks defaulted on $85 billion, are proving effective. Crisis Lessons People Vs Markets Activists say the banks should go even further in their debt relief. Fresh Demands Legal Aftermath. James Rickards: Paper, Gold, Chaos. Category:P2P Accounting. New metrics, evaluation and accounting methods appropriate for a collaborative, peer to peer economy. the most important ecosystem accounting system in the world: the Multi-Scale Integrated Analysis of Societal and Ecosystem Metabolism used by Senplades in Ecuador. 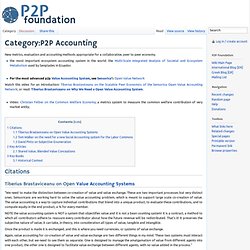 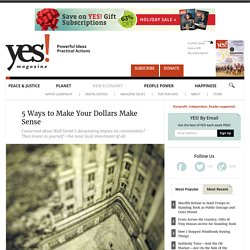 But not even 1 percent of these savings touches local small businesses, the source of half the economy’s jobs and output. Is it possible to beat Wall Street’s 5 percent long-term performance by investing in your community? The answer is a resounding yes! Co-op members who lent to the Weaver Street Market in North Carolina and to the Seward Co-op in Minneapolis earned well over 5 percent per year. Many outside investors who bought preferred shares of the Coulee Region Organic Producers Pool, a co-op of organic farmers, are still receiving an annual dividend of 6 percent. This article is adapted from Local Dollars, Local Sense by Michael Shuman (Chelsea Green Publishing, 2012). Shuman shows how unaccredited investors—nearly 99 percent of Americans—can put their money into building local businesses and resilient regional economies, and profit in the process.

A Tale of Two Cities: Beijing and Detroit by Helena Norberg-Hodge. Which symbolizes success, and which disintegration? 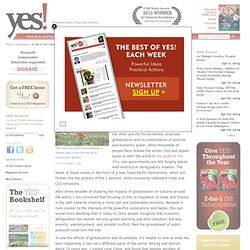 It may not be what you think. posted Jan 26, 2012 The site of a destroyed building in Detroit gets a second life as a community garden. Synchronicity, Myth, and the New World Order. Looking out upon the horrid ruin we seem to have made of the planet, in spite of the kind hearts and good intentions of the vast majority of human beings, it is hard to avoid the conclusion that some nefarious force has hijacked civilization, driving it towards ends that serve almost no one. 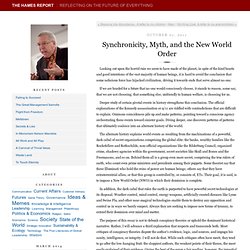 If we are headed for a future that no one would consciously choose, it stands to reason, some say, that we are not choosing; that something else, unfriendly to human welfare, is choosing for us. Deeper study of certain pivotal events in history strengthens this conclusion. The official explanations of the Kennedy assassination or 9/11 are riddled with contradictions that are difficult to explain. Work Less, Help Economy And Environment. There's nothing really natural about the 40-hour work week -- let alone the 50-plus hours many Americans spend on the job. 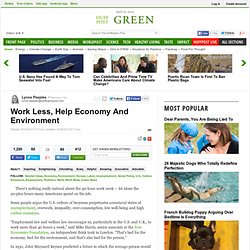 Some people argue the U.S. culture of busyness perpetuates unnatural states of unemployment, overwork, inequality, over-consumption, low well-being and high carbon emissions. "Employment law and welfare law encourages us, particularly in the U.S. and U.K., to work more than 40 hours a week," said Mike Harris, senior associate at the New Economics Foundation, an independent think tank in London. Social Technology, Social Capital & Social Impact. The P2P – Marxism Debate Takes Off. As an intro to a recent post ‘And the Debate Begins… Peer-to-Peer and Marxism: analogies and differences‘ we have said: “We are posting a critically timed and very important interview on P2P-Marxism nexus. 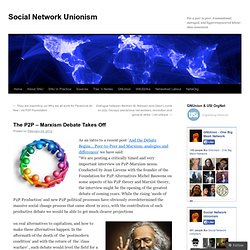 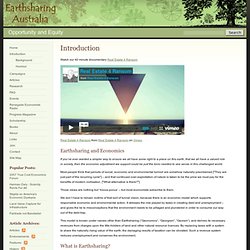 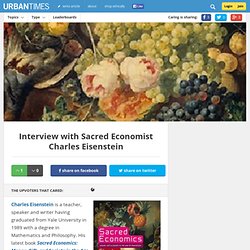 His latest book Sacred Economics: Money, Gift, and Society in the Age of Transition “traces the history of money from ancient gift economies to modern capitalism, revealing how the money system has contributed to alienation, competition, and scarcity, destroyed community, and necessitated endless growth”. The end of the machine that produces fear? Via. Excerpted from David Graeber: “There is very good reason to believe that, in a generation or so, capitalism itself will no longer exist – most obviously, as ecologists keep reminding us, because it’s impossible to maintain an engine of perpetual growth forever on a finite planet, and the current form of capitalism doesn’t seem to be capable of generating the kind of vast technological breakthroughs and mobilizations that would be required for us to start finding and colonizing any other planets.

Yet faced with the prospect of capitalism actually ending, the most common reaction – even from those who call themselves “progressives” – is simply fear. We cling to what exists because we can no longer imagine an alternative that wouldn’t be even worse.