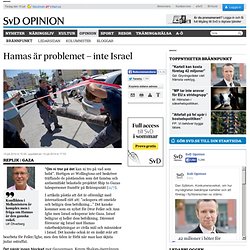 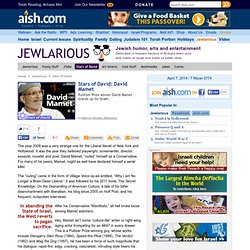 It was the year they believed playwright, screenwriter, director, essayist, novelist and poet, David Mamet, “outed” himself as a Conservative. For many of his peers, Mamet, might as well have declared himself a serial killer. The “outing” came in the form of Village Voice op-ed entitled, “Why I am No Longer a Brain-Dead Liberal.” It was followed by his 2011 book, The Secret Knowledge: On the Dismantling of American Culture, a tale of his bitter disenchantment with liberalism, his blog since 2005 on Huff Post, and his frequent, outspoken interviews. In abanding the State of Israel, the West reverts to pagan sacrifice. After his Conservative “Manifesto,” all hell broke loose among Mamet watchers. Hey, Mamet isn’t some “culture-lite” writer or right-wing aging actor trumpeting for an AK47 in every drawer. The Israel Factor The roots for his beliefs are deep and follow a trajectory. And now? Israel & the Environment. Why a British Muslim of Pakistani Origin Defends Israel.

Kasim Kaz Hafeez, a British Muslim of Pakistani origin, is a proud supporter of the State of Israel. 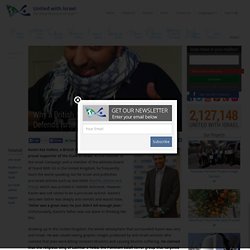 As the founder of the Israel Campaign and a member of the advisory board of Stand With US in the United Kingdom, he frequently tours the world speaking out for Israel and publishes pro-Israel articles such as one titled Muslim, Zionist and Proud, which was printed in Yedioth Achronot. However, Kasim was not raised to be a pro-Israel activist. Kasim’s very own father was deeply anti-semitic and would state, “Hitler was a great man; he just didn’t kill enough Jews.” Unfortunately, Kasim’s father was not alone in thinking like this. Growing up in the United Kingdom, the whole atmosphere that surrounded Kasim was very anti-Israel.

However, after wandering into a bookstore and discovering Alan Dershowitz’s book The Case for Israel, Kasim began to question the anti-Israel views that he was raised with. Kasim claimed that in Jerusalem, “you see this idea of apartheid shatter within minutes. Israeli Olive Trees Can Make the Deserts Bloom! Israeli researchers, upon studying the effects that planting olive trees has had upon the Israeli desert ecosystem, have discovered that planting olive trees in arid areas has numerous environmental benefits. 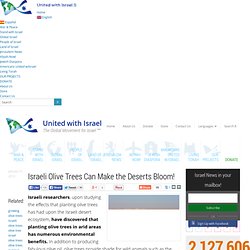 In addition to producing fabulous olive oil, olive trees provide shade for wild animals such as the migratory birds that fly through Israel every year; clean the air of pollutants such as CO2, a major cause for global warming; function as an excellent waste disposal sites for sewage that can be converted into compost; and work to fight off invasive species such as the jackal. The study was conducted jointly by the Faculty of Agriculture at the Hebrew University of Jerusalem and the Agricultural Research Organization. Dr. Zohar Kerem, who partook in the study said that “olive trees aren’t very picky,” noting that they are capable of growing well in even the most arid of locations and don’t require much maintenance.

By Rachel Avraham. Israel Helps Haiti with Medical Care & Agriculture. Ever since a horrendous earthquake hit Haiti three years ago, an Israel-based relief organization known as ‘IsraAID’ has been working on the ground in Haiti in partnership with Tevel Betzedek in order to assist the population that lives there. 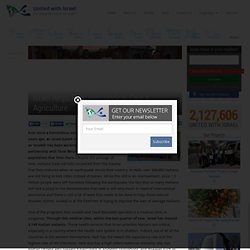 Despite the passage of time, Haitians have not fully recovered from the trauma that they endured when an earthquake struck their country. In Haiti, over 300,000 Haitians are still living in tent cities instead of homes. While this still is an improvement, since 1.5 million people were left homeless following the earthquake, the fact that so many Haitians still lack a place to live demonstrates that Haiti is still very much in need of international assistance and there is still a lot of work that needs to be done to help these natural disaster victims. IsraAID is at the forefront of trying to improve the lives of average Haitians. One of the programs that IsraAID and Tevel Betzedek operates is a medical clinic in Leoganne.