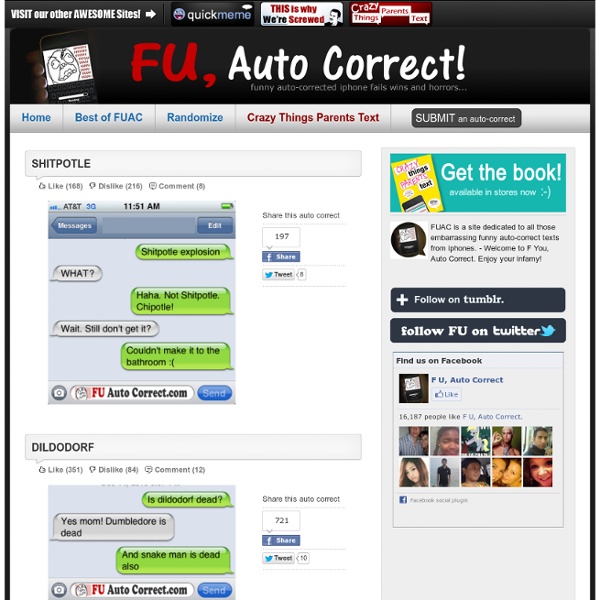 iPad Simulator Please How would you rate us? CrapAwesome If you are having issues on "slide to login", double click the slider button Please show your support for our hosting fee by clicking on some ads. eclectic excerpts delivered to your email every day from editor Richard Vague Today's encore selection -- from Quantum: Einstein, Bohr, and the Great Debate about the Nature of Reality by Manjit Kumar. Albert Einstein (1879-1955), the physicist who developed the theory of relativity, was born and spent his earliest years in Germany: " 'The people of Ulm are mathematicians' was the unusual medieval motto of the city on the banks of the Danube in the south-western corner of Germany where Albert Einstein was born. It was an apt birthplace on 14 March 1879 for the man who would become the epitome of scientific genius. The back of his head was so large and distorted, his mother feared her newborn son was deformed.

Demonic Males: Apes and the Origins of Human Violence By Richard Wrangham, Dale Peterson. Chapter One: Paradise Lost “You will be killed!” Mel's Hole 15 years ago, a strange man named Mel Waters called in to the Art Bell radio program, claiming he had discovered a mysterious and infinite hole on his property near Ellensburg, Washington. Quickly dubbed Mel's Hole, the strange legend of the never-ending pit and its paranormal characteristics spiraled farther and farther. When skeptics looked more closely, they discovered that no man named Mel Waters ever lived near Ellensburg. To this day the hole's existence and the man's true identity remain unverified. When Waters first called in to the program he claimed to have found a hole that by his calculations, was greater than 80,000 feet.

High Strangeness Kansas - Jeff Templin is a amateur photographer. He says he's seen it all until now. While taking pictures of wildlife back in February, something caught his eye. He said it looked like an unusual contrail. "Right over the city, clear as a bell," said Templin. "Anyone that was looking up would have seen it. Astrobaby's random thoughts A quick post here. I have already written a Teensy loader for this, and thought somebody might enjoy it without the device. So I decided to fill in a gap while all this craziness about BadBios is around…

Why Do Cats Bring Home Dead Animals It’s an all-too-familiar story for the owners of indoor-outdoor cats: You open the door to let Kitty in for dinner and what does she bring with her? A dead rodent, of course. Such impolite behavior leaves many cat owners scratching their heads. 40 Honest Advertising Slogans That'll Make You Laugh Nashville-based graphic designer Clif Dickens creates these hilariously honest advertising slogans, most of which, make more sense than the real ones. His work has been featured in leading publications such as Adweek, Business Insider, Huffington Post, etc. We’ve compiled the best ones into this list of 40 below.

Honest Slogans Created and managed by Clif Dickens. Follow Honest Slogans on Twitter, Instagram and Facebook. You can subscribe to the Honest Slogans newsletter here. Email me with any inquiries: clif.dickens@gmail.com. This is a one-man operation, so all tips are welcomed and appreciated! Lovecraft's Fiction - Alphabetical Order Below is an alphabetical list of Lovecraft’s fiction, revisions, collaborations, and miscellaneous minor works, as well as some tales that are not extant. The dates for each of the tales are based primarily on S.T. Joshi’s “Chronology of the Fiction of H. P. Lovecraft” included in Arkham House’s Dagon and Other Macabre Tales, but includes some changes based on Mr.

Creator Processing ... Personal $ Svg $20 ✓ Up to $75 merchandises for personal use. Merchandise $ License to use artwork in merchandises (T-Shirt, Mug, poster, etc).