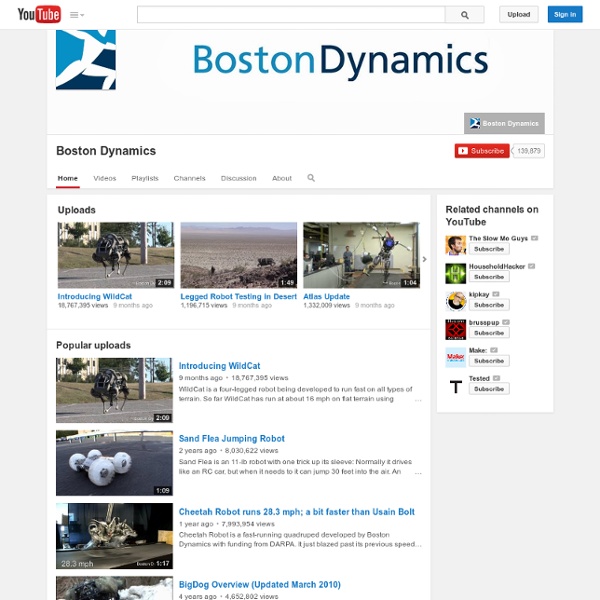 home | www.delanceyplace.com | eclectic excerpts delivered to your email every day from editor Richard Vague Today's encore selection -- from Quantum: Einstein, Bohr, and the Great Debate about the Nature of Reality by Manjit Kumar. Albert Einstein (1879-1955), the physicist who developed the theory of relativity, was born and spent his earliest years in Germany: " 'The people of Ulm are mathematicians' was the unusual medieval motto of the city on the banks of the Danube in the south-western corner of Germany where Albert Einstein was born. It was an apt birthplace on 14 March 1879 for the man who would become the epitome of scientific genius. The back of his head was so large and distorted, his mother feared her newborn son was deformed. Later he took so long to speak that his parents worried he never would. "In October 1885, with the last of the private Jewish schools in Munich closed for more than a decade, the six-year-old Einstein was sent to the nearest school. "As a schoolboy he preferred solitary pursuits and enjoyed nothing more than constructing ever-taller houses of cards.

Google's Artificial Brain Learns to Find Cat Videos By Liat Clark, Wired UK When computer scientists at Google’s mysterious X lab built a neural network of 16,000 computer processors with one billion connections and let it browse YouTube, it did what many web users might do — it began to look for cats. [partner id=”wireduk”] The “brain” simulation was exposed to 10 million randomly selected YouTube video thumbnails over the course of three days and, after being presented with a list of 20,000 different items, it began to recognize pictures of cats using a “deep learning” algorithm. This was despite being fed no information on distinguishing features that might help identify one. Picking up on the most commonly occurring images featured on YouTube, the system achieved 81.7 percent accuracy in detecting human faces, 76.7 percent accuracy when identifying human body parts and 74.8 percent accuracy when identifying cats. “The network is sensitive to high-level concepts such as cat faces and human bodies. Image: peasap/Flickr Source: Wired.co.uk

MegaBots Inc - YouTube MegaBots Season 1 Trailer 295,532 views 1 month ago Team USA is BACK and it's getting ready to take on Team Japan in the world's first Giant Robot Duel! Stay tuned for our first episode, which drops September 28th! DARPAtv On October 4, 1957, there was a beeping sound "heard" round the world. It came while the United States and Soviet Union were caught in the fervor of the Cold War, but also at a time when people believed that American ingenuity and industry could overcome any technical challenge. So when the Soviets successfully launched Sputnik 1, the world's first artificial satellite, Americans were shocked and worried. If the Soviets could put a satellite into space, what would stop them from putting a nuclear warhead into space next? The creation of the Advanced Research Projects Agency (ARPA) was among the first responses to this apparent challenge. The Administration's answer was to overhaul the government's approach to research and development. On February 7, 1958, Secretary of Defense Neil McElroy issued a directive and ARPA was formally born. 2018 will mark the Agency's 60th anniversary.

Want to know the truth? Verifiable information on banking, health, energy, media, war, elections, 9/11, more Google's Larry Page reveals ideas for health and DeepMind Making our medical records open for sharing will save 100,000 lives a year, Google CEO Larry Page told the TED conference in Vancouver today. "Wouldn't it be amazing if everyone's medical records were available anonymously to research doctors?" Page said. "We'd save 100,000 lives this year. Page condemned the US government for abusing trust in accessing personal data unlawfully, but said he worried about "throwing away the baby with the bathwater" in moving against openness. Yet, he added in an interview with US television host Charlie Rose, it "doesn't make any sense" to deny that we are in an increasingly open age in terms of personal data. He added: "The world is changing. Google Loon Page indicated that Google Loon, a project to use balloons to provide global internet access, is a personal priority. He gave some indications of where DeepMind, the London artificial-intelligence company acquired by Google for a reported £400 million, fits into his vision.

KUKA Roboter A/D/O by MINI | Deepfakes: the art of deception Even if you haven’t heard of deepfakes, chances are they have already had an impact on your life. Coined in 2017, deepfakes is the colloquial term for a visual technique that utilizes a generative adversarial network (GAN) – combining an image or voice with artificial intelligence, superimposed over existing images and videos – to make an entirely new, and entirely false image. The result is a “real looking" photo or video that is largely computer-generated, and realistic to an uncanny degree. While scientists hope this technology will someday help with mapping capabilities for space exploration and driverless cars, create digital voices for the voiceless, transform visual effects for movies and video games, and provide invaluable information to the medical field, detractors fear they may have opened a pandora’s box of identity theft, false information and digital confusion, and that deepfakes may even pose a threat to democracy. But this pales in comparison to its potential uses.

Silk Road: The Untold Story In October 2013, a young entrepreneur named Ross Ulbricht was arrested at the Glen Park branch of the San Francisco Public library. It was the culmination of a two-year investigation into a vast online drug market called Silk Road. The authorities charged that Ulbricht, an idealistic 29-year-old Eagle Scout from Austin, Texas, was the kingpin of the operation. They said he’d reaped millions from the site, all transacted anonymously with Bitcoin. The story of how Ulbricht founded Silk Road, how it grew into a $1.2 billion operation, and how federal law enforcement shut it down is complicated, dark, and utterly fascinating. Go Back to Top.

Robotics - Lockheed Martin In the field of robotics, opportunity is endless and discovery is ongoing. Our robotic innovations could represent the answer to any number of challenges – from disaster response to deep space exploration. Whether it’s traversing inhospitable environments or avoiding man-made threats, the robotic advances we’re pioneering have the potential to keep soldiers and citizens connected in the safest way possible – with real-time data, information and imagery. Our goal is to keep soldiers and citizens safe. As a first-responder, the Atlas robot could work tirelessly to provide vital support in the aftermath of disaster as well as collect and provide real-time data for emergency crews. Our K-Max unmanned helicopter replaces vulnerable convoys by delivering supplies to troops deployed on the front lines of combat. Our robotic solutions don’t necessarily replace humans; instead, they are working to achieve collaboration between a robot and its human operators.

designers create ‘holographic reality’ megastructures that host collective experiences ‘holographic reality’ is a physical structure with a virtual application that responds to the individualization that vr/ar technology causes. the project was conceived by behruz hairullaev, brandon muir and nicholas licausi to counter the treatment of technology as a personal endeavor and make it a communal experience. aerial view for decades, films and media outlets have portrayed holograms as the technology synonymous with the future. through advancements, scientists and designers alike have been able to create scattering lights that create forms, but only at a small scale. as of now, there are only three-dimensional viewings through two-dimensional screens. oftentimes, this comes with many limitations and its redundancy is quite monotonous. in its place, virtual and augmented reality has been rising in popularity as it attempts to link the digital and physical worlds. however, this technology is severely falling short of becoming a truly interactive experience. perspective project info:

Why Warp Drives Aren't Just Science Fiction Astrophysicist Eric Davis is one of the leaders in the field of faster-than-light (FTL) space travel. But for Davis, humanity's potential to explore the vastness of space at warp speed is not science fiction. Davis' latest study, "Faster-Than-Light Space Warps, Status and Next Steps" won the American Institute of Aeronautics and Astronautics' (AIAA) 2013 Best Paper Award for Nuclear and Future Flight Propulsion. TechNewsDaily recently caught up with Davis to discuss his new paper, which appeared in the March/April volume of the Journal of the British Interplanetary Society and will form the basis of his upcoming address at Icarus Interstellar's 2013 Starship Congress in August. [Super-Fast Space Travel Propulsion Ideas (Images)] "The proof of principle for FTL space warp propulsion was published decades ago," said Davis, referring to a 1994 paper by physicist Miguel Alcubierre. Warp speed: a primer Before delving into Davis' study, here's a quick review of faster-than-light space travel:

The Untold Story of Silk Road, Part 1 “I imagine that someday I may have a story written about my life and it would be good to have a detailed account of it.”—home/frosty/documents/journal/2012/q1/january/week1 The postman only rang once. Curtis Green was at home, greeting the morning with 64 ounces of Coca-Cola and powdered mini doughnuts. He peeked through the front window and caught a glimpse of the postman hurrying off. Green opened the door. Green considered the package and then took it into his kitchen, where he tore it open with scissors, sending up a plume of white powder that covered his face and numbed his tongue. Officers cuffed Green on the floor while fending off Max, the older Chihuahua, who bared his tiny fangs and bit at their shoelaces. The fact was, Green wasn’t just your average Mormon grandpa. Which is why Green found himself surrounded by an interagency task force. The Feds got Green on his feet. “Don’t take me to jail,” Green pleaded.