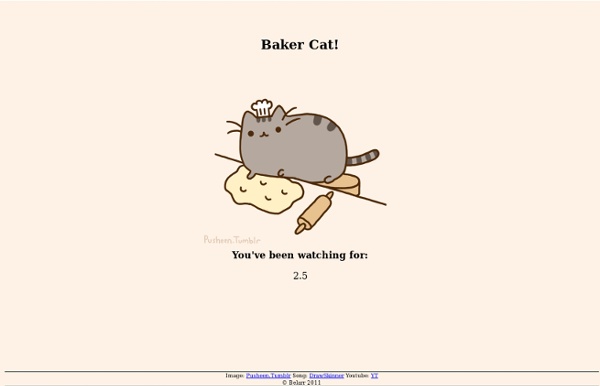 award entry - androp Bell This is an interactive music video game for the song "Bell" by the Japanese band "androp". “Bell” sings about expressing emotions and difficulty in communications. As we listened to this upbeat track, some keywords such as ‘words’ ‘future’ ‘run’ stood out from the lyrics. These words led us to think of a visual experience around the theme of ‘delivering a message’. These days, communications are established so easily using technologies such as mobile phone, email, Twitter, etc. Whenever you hit an enemy, the letters will be swapped out one by one. Mouse: 1〜4 letters Rabbit: 5〜17 letters Dog: 18〜30 letters Horse: 31〜45 letters Rhino: 46〜55 letters Giraffe: 56〜68 letters Elephant: 69〜80 letters The shape of the house at the end changes depending on the number of followers the addressee has. 0～49 followers 50～299 followers 300～2999 followers 3000～9999 followers 10000～ followers 50 days after the site has launched, we have gained total of 150,532 game play.

Top 10 Most Awesome Cats of 2010 - The Daily Treat The year 2010 was beyond reasonable doubt the year of the Cat, and The Daily Treat celebrated this fact with much feline fanfare! Standing cats, om nom-noming cats, twittering cats, klepto-maniac cats, mime cats, patty-caking cats and tank cat were just a few of the famed felines that filled our screens and hearts this year. And who can forget Trashcan Cat and Judgemental Cats? Oh, so many kitteh's, so little time! It was not easy, sifting through the insane, inane and sometimes hair-brained cat stories of 2010, but for you, dear readers, The Daily Treat will stop at nothing to keep you on the cusp of what's in and what meow(t)! 1. 2. 3. 4. 5. 6. 7. 8. 9. 10.

another cat lady Home cat Michael Jamison and his girlfriend Jackie Smith brought home a kitten.They eat with him at the table and sleep in one bed. Well, let’s wish them good luck. Arcanen Cat with Invisible Hula Hoop Cats with an invisible parachute, an invisible snowboard or an invisible hula hoop. Funny!Source Share Aster 8 Obscure but Adorable Wildcat Species We all know the big cats: lion, tiger, leopard, cheetah, jaguar, and cougar. You are probably also familiar with some smaller wildcats such as the lynx, ocelot, and bobcat. These cats have other cousins that roam the wilds, but we don't get a look at them as often as the bigger, more famous species. 1. Andean Mountain Cat The Andean Mountain Cat (Leopardus jacobita) is rarely seen, as its habitat is restricted to the mountains of Bolivia, Peru, Argentina, and Chile at altitudes above the tree line. 2. The Pallas's Cat (Otocolobus manul) is also called Manul. 3. The Margay (Leopardus wiedii) resembles an ocelot, but is as small as a domestic house cat. 4. The Fishing Cat (Prionailurus viverrinus) is native to south and southeast Asia, where it prefers to live near water -the better to find fish, of course! 5. The Serval (Leptailurus serval) is a three to four foot long African wild cat that is believed to be the ancient ancestor of both the lion and the cheetah. 6. 7. 8.