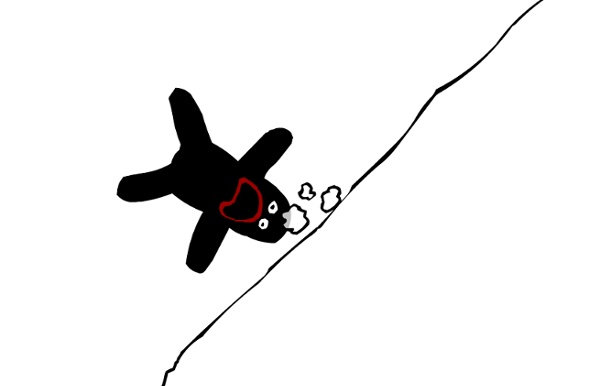 Flash Animation Short Film Hey! Thank you for checking these new ecards out. It's a new experience to be drawing these new cartoons let me know on the link below! I hope you like them. Remember scroll back up for the link back to the classic doodie cartoons on doodieman.com. New and more cartoon cards Banksy Inside « The Drop Kings The mysterious Banksy just released some new paintings on his website. You heard it right, Banksy painted on a canvas. All Banksy fans will appreciate. Victorian Era Names, A Writer's Guide circa 1840's-1890's Being a compilation drawn from old census and vital statistic records. A large part of creating a good set of characters in fiction writing is giving your imaginary populace good names. The right name resonates on the tongue and lingers in the mind, as just the right "fit" for who that heroic - or despicable - person was.

Otomata 16 Jul 2011 Click on the grid below to add cells, click on cells to change their direction, and press play to listen to your music. Update: Click here to get Otomata for your iPhone / iPod / iPad! LOTS OF PUNS ...A guy goes into a nice restaurant bar wearing a shirt open at the collar and is met by a bouncer who tells him he must wear a necktie to gain admission. So the guy goes out to his car and he looks around for a necktie and discovers that he just doesn't have one. He sees a set of jumper cables in his trunk. In desperation he ties these around his neck, manages to fashion a fairly acceptable looking knot and lets the ends dangle free. He goes back to the restaurant and the bouncer carefully looks him over for a few minutes and then says, "Well, OK, I guess you can come in -- just don't start anything."

Famous Television Show Home Floor Plans After years of watching shows like Dexter and Two and a Half Men, you can’t help but become so attached to the television show that you start wondering what their household really looks like. Spanish interior designer Iñaki Aliste Lizarralde had the same thought as us, and decided to do something for himself creating this incredible series of highly detailed floor plans from some of our favorite television shows. The collection includes the likes of The Simpson, Dexter, Friends, Seinfeld, Two and a Half Men, The Big Bang Theory, How I Met Your Mother, and a handful others.

Architecture Imagine the renovation dilemmas. A huge penthouse of a converted 1930s office building in TriBeCa, New York, is to be turned into a functioning home for a family with three teenagers. In fact, we can not quite imagine the issues that faced Steven Harris Architects when the family showed up, literally, at the doorstep of the celebrated architect and asked if he’d like to work on their home. Harris said yes and proceeded to make his magic. Everybody Jump What would happen if everyone on earth stood as close to each other as they could and jumped, everyone landing on the ground at the same instant? —Thomas Bennett (and many others) This is one of the most popular questions submitted to this blog.

Ancient underwater cities being found that are 10,000 years old Lost city 'could rewrite history' By BBC News Online's Tom Housden The remains of what has been described as a huge lost city may force historians and archaeologists to radically reconsider their view of ancient human history. Marine scientists say archaeological remains discovered 36 meters (120 feet) underwater in the Gulf of Cambay off the western coast of India could be over 9,000 years old. The vast city - which is five miles long and two miles wide - is believed to predate the oldest known remains in the subcontinent by more than 5,000 years. The site was discovered by chance last year by oceanographers from India's National Institute of Ocean Technology conducting a survey of pollution.