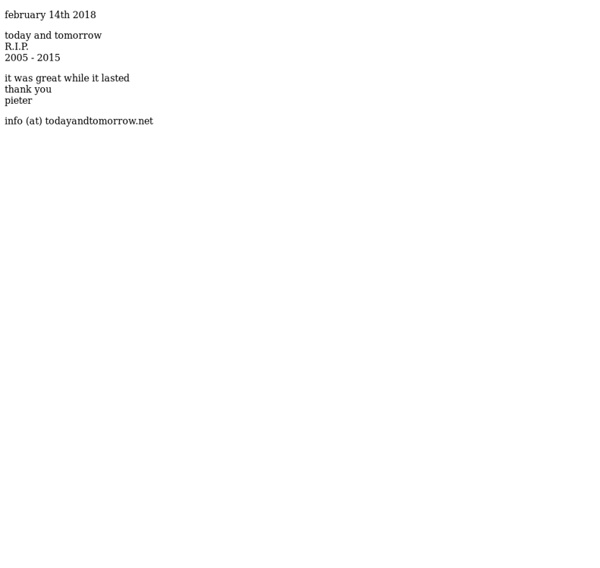 Keys Jacket March 14th, 2014 I’m fascinated by this jacket. Can’t explain why. I just am. Photo by Rebecca Storm.

Animated Gifs An artist known only as Rrrrrrrroll will leave you spinning with some gif art that works hard to put the art in the gif genre. And yes that was intended as a pun. I guess you could think of the work as ‘animated photography’. If you know or find any more information about the artist please drop a line or two in the comment section. Slinkachu’s Tiny Installation Work In The Street Slinkachu has continued to carry out his poetic, mini street installations since we last checked in with him. The British artist continues to up the ante with each new, ephemeral piece. Employing miniature figurines and various objects, the artist stages tiny dramas (often humorous, and socially aware) in site-specific public locations. Click through to see some newer images of his “Little People Project” (previously) and some selections from the slightly older “Inner City Snail” series.

Demonic Males: Apes and the Origins of Human Violence By Richard Wrangham, Dale Peterson. Chapter One: Paradise Lost “You will be killed!” the man at the Burundian embassy in Kampala said, in a bizarrely cheerful voice, as he stamped our visas. bonobo → anthropoid ape, resembling but smaller than the common chimpanzee. Also called pygmy chimpanzee. Lorenzo Vitturi’s Hand-Made visions of the world Italian photogprapher Lorenzo Vitturi describes his work as “hand-made visions” where each body of work consists of a completely constructed new world where each visual element is hand crafted with the utmost attention to detail. For his latest project Anthropocene Vitturi created a strange industrial world filled with debris, strange colored horses, and surreal body builders. Vitturi say’s about this project: “This project is the result of a reflection about the relationship between man and nature, as it proposes – in line with 16th Century naturalistic painting – a symbolic system able to visualize the intersection between this two dimensions.

Web Relic, the Animated GIF, Becomes Medium for Art More often than not, animated GIFs are reserved for quick chuckles. Cat portals , face palms , and even the occasional girl punch , are this limited media format's bread and butter. But the current crop of digital artists are turning to this former Net-annoyance to create Web-based art. Sites like Rhizome , 8-Bit Today , and Nasty Nets dig through the deepest recesses of the Internet to find these oddball creations. Many of these artists go by aliases that recall the early days of message board handles and instant messaging screen names (e.g., Videogramo and Out 4 Pizza ), and host their works at sprawling Web pages that are part portfolio, part art installations. Others opt to use their real names, and even occasionally find their works in respected galleries.