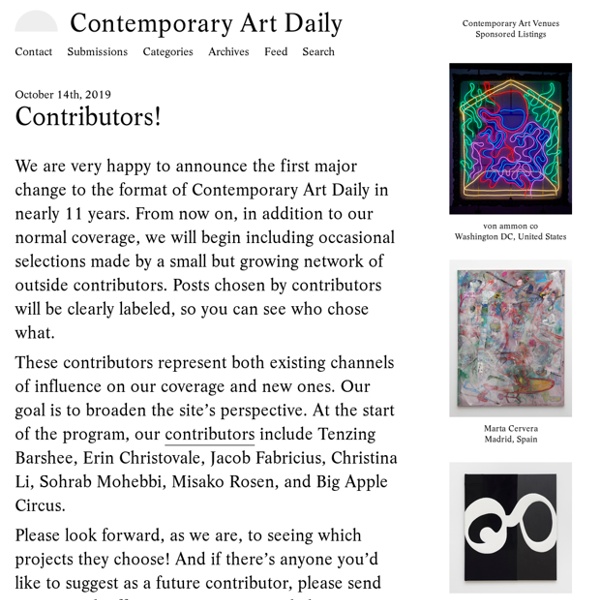 Ask The Dust Many people prefer personal computer pcs above notebooks, and even for good explanation. They tend to be reliable and will do issues notebook computers are not able to. Nonetheless, as a way to truly take full advantage of everything that a desktop has to offer, there are certain things you ought to know. how pop art influenced fashion Creative industries typically need each other to survive - art feeds on music, music feeds on art, fashion feeds on both and advertising eats everything it can get its mouth around. The bond between fashion and art is currently as strong as ever as evidenced everywhere from Prada's Spring/Summer 2014 commission of six graffiti artists, Bottega Veneta's work with Ryan McGinley and the modern-art-museum-worth of Louis Vuitton collaborations with artists like Yayoi Kusama to Takashi Murakami and Richard Prince. This commercially fruitful partnership goes back to the first half of the 20th Century, when Salvador Dali placed a giant-sized lobster on a white Elsa Schiapparelli dinner dress.

Why Every Entrepreneur Should Unleash Their Inner Artist The artistic process is very similar to the entrepreneurial path. Both artists and entrepreneurs create something from nothing, face rejection and fine tune their approach to succeed. Since our journeys are so similar, entrepreneurs can learn a thing or two from our artistic brethren. Here are five places to start: 1. silver&silver streetsick: Larry Sultan Mike Mandel 1977 oldtimefriend: How Machine Vision Is About to Change the Fashion World In the 2006 film The Devil Wears Prada, the notorious fashion editor Miranda Priestly sizes up people at a glance by analyzing their clothes, who designed them, and what year they date from. Priestly’s character is famously inspired by Anna Wintour, the long standing editor-in-chief of Vogue, herself a style icon. –> But if a human can recognize and date fashion styles with little more than a glance, why not a machine?

9 Reasons to Study Art in High School Teachers are often asked why students should study Art in high school. The common responses relate to creative thinking, broadening the mind and feeding the soul: all of which do little to address fears about ‘soft’ subjects, university entrance, careers and long-term financial well-being. Employment and salary statistics for graduates of Art and Design degrees are typically dismal: the worst of all degrees. Contrary to popular belief, however, creative subjects are no longer a well-trodden route to poverty; they are an excellent choice for a growing number of students.

Film & Video The following films are presented for educational and non-commercial use only. All copyrights belong to the artists. About UbuWeb Film & Video UbuWeb is pleased to present hundreds of avant-garde films & videos for your viewing pleasure. However, it is important to us that you realize that what you will see is in no way comparable to the experience of seeing these gems as they were intended to be seen: in a dark room, on a large screen, with a good sound system and, most importantly, with a roomful of warm, like-minded bodies. However, we realize that the real thing isn't very easy to get to.

‘Bionic model’ will strut down New York Fashion Week runway with prosthetic arm During fashion house FTL Moda’s New York Fashion Week show at Grand Central Station’s Vanderbilt Hall on Sunday, model Rebekah Marine will strut down the runway with one of the most unique accessories — a bionic arm. Philadelphia-based Marine, who was born without a right forearm, was fitted with an i-limb quantum earlier this year. The i-limb is one of the most advanced prostheses available, and with it, Marine has quickly become one of the most visible faces in a fashion world becoming increasingly more inclusive to models with disabilities. This will be Marine’s second time walking down a New York Fashion Week runway. The first was this past February, when she caused a stir at FTL Moda’s finale show that featured models with disabilities who hailed from all over the world.

Stuart Jeffries on installation art There was a bit of a fuss at Tate Britain the other day. A woman was hurrying through the large room that houses Lights Going On and Off in a Gallery, Martin Creed's Turner prize-shortlisted installation in which, yes, lights go on and off in a gallery. Suddenly the woman's necklace broke and the beads spilled over the floor. As we bent down to pick them up, one man said: "Perhaps this is part of the installation." Another replied: "Surely that would make it performance art rather than an installation." "Or a happening," said a third.

Art Architect and digital artist Laurent Rosset creates sweeping photographic landscapes the seem to curl upward into infinity like an enormous wave that obliterates the sky. Rosset uses much of his own photography to create each image and enjoys discovering how even slight manipulations can vastly change the composition or meaning of a photograph. You can see more of his work on Instagram, and if you liked this also check out Aydin Buyuktas. (via Colossal Submissions)