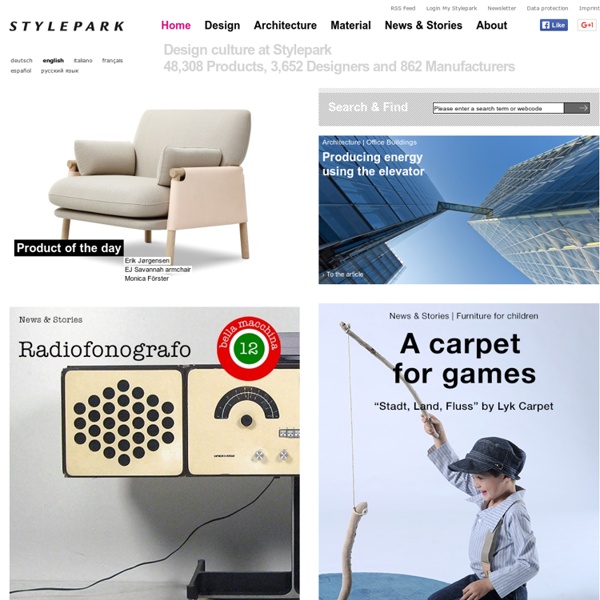 An Oscar-winning visual effects supervisor picks the 5 movies that floored him visually Most people get into visual effects for the explosions. But not Robert Legato, the visual effects supervisor of Avatar and The Aviator, who also won Oscars for his work on Titanic and Hugo. “Everything I end up liking is outrageously simple,” Robert tells the TED Blog. Designers Alex Hellum Andrea Stemmer Bec Brittain Donna Wilson Faudet-Harrison Fort Standard Masahiro Minami Design Senko Lampshade This is a lamp shade Senko made by a translucent ceramic. saruyama Saruyama is a coat hanger of solid wood. 100 years before the birth of DORAEMON Hardest language to learn What is the hardest language to learn? Extremely Hard: The hardest language to learn is: Polish – Seven cases, Seven genders and very difficult pronunciation. The average English speaker is fluent in their language at the age of 12, in contrast, the average Polish speaker is fluent in their language after age of 16.Very Hard: Finnish, Hungarian, and Estonian – The Ugric languages are hard because of the countless noun cases.

Art & Design » Illustration Offprint Paris 2014 November 4th, 2014 Offprint Paris, November 14-16, 2014, Beaux-arts de Paris, is an art-publishing fair featuring discerning publishers on art, photography, design and experimental music labels. This year’s edition showcases more than 130 publishers, from over 20 countries (all participants now announced on the website), selected by Yannick Bouillis, Charlotte Cheetham and Maxime Guitton. Artemide 2014 Design Novelties Light + Building Environment and Landscape Frontier of Physics: Interactive Map “Ever since the dawn of civilization,” Stephen Hawking wrote in his international bestseller A Brief History of Time, “people have not been content to see events as unconnected and inexplicable. They have craved an understanding of the underlying order in the world.” In the quest for a unified, coherent description of all of nature — a “theory of everything” — physicists have unearthed the taproots linking ever more disparate phenomena. With the law of universal gravitation, Isaac Newton wedded the fall of an apple to the orbits of the planets.