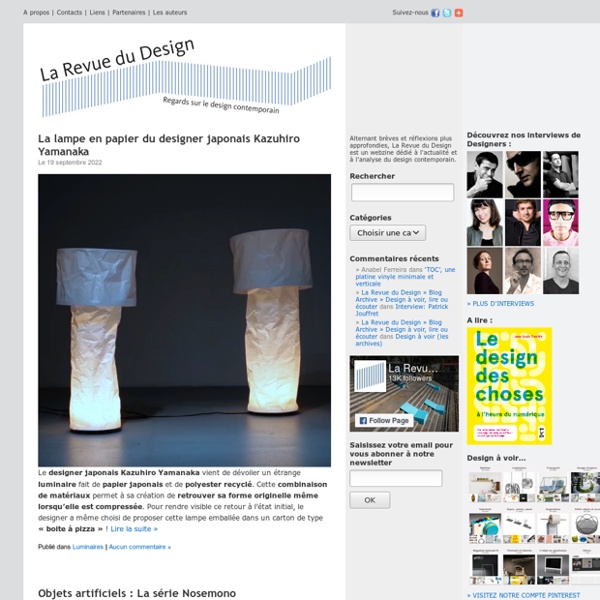 30 Different Ways to Put A Roof Over Your Head In These Tents Times Around America tent cities are springing up as people are losing their houses and their jobs. And it isn't just the drunks and the disturbed; at this tent city in Reno, Seven in 10 were from the area, where the housing market has cratered, the tourism industry is in the dumps and construction jobs have disappeared. They are the modern Hoovervilles (Bushburbs?) Inspirations pastel world credits and source: 1 photo by Tim Walker, How the Web Became Unreadable It’s been getting harder for me to read things on my phone and my laptop. I’ve caught myself squinting and holding the screen closer to my face. I’ve worried that my eyesight is starting to go. These hurdles have made me grumpier over time, but what pushed me over the edge was when Google’s App Engine console — a page that, as a developer, I use daily — changed its text from legible to illegible. Text that was once crisp and dark was suddenly lightened to a pallid gray. Though age has indeed taken its toll on my eyesight, it turns out that I was suffering from a design trend.

Design You Trust – Design and Beyond! The CP1 Lounge Chair was created by the famous Charles Pollock for Bernhardt Design. Charles Pollock, in case you didn’t know, was the one who dreamed up the office chair back in 1963. He died in 2013 in a fire, but came up with one last creation before he died. Continue reading “Daily Gadget Inspiration #83” » Unbelievable way of opening doors by rotating it with a gentle push.

Le voyage créatif Let me take you with me on one of my afternoon strolls through the city. It takes time to get to know a new place, and I’m an eager explorer. So I use as much time as I can running between work and some classes to sniff out places I can call my own. Now, Sir Drake hotel may not be mine, but last week after I had met this model, I needed a petite moment of awe and quiet to get back out there. THE CONSTITUTE EYESECT is a wearable interactive installation that reflects an Out-of-Bodiment in an immersive way. By this it allows users to experience their environemts from new points of view. The world, as we perceive in reality and through media is aligned to binocular and stereoscopic vision of human beings. These omnipresent human-centristic perspectives and the critical debate about contemporary 3D Technology that only simulates real space and does not stimulate the lust for new and curiosity were the initial point from where the work on EYESECT began. The Question: “How do we not see” and the fascination for cybernetic – spirtual utopias, Science Fiction and bionic experiments lead to the development of one helmet device and two freely attachable camera eyes. Coming from a deep examination of natural paradigms of visual perception and hyper-technological manifestos the idea for EYESECT helmet device came up.

THAT'S LIKE WHOA - Part 15 The Decelerator: a Slow Motion Perception HelmetArtist Lorenz Potthast has figured out a way to slow down time. Ok, not really, but his Decelerator Helmet certainly manages to trick the mind into believing time is slowing. The helmet takes a video signal from the outside mounted camera that is displayed on the screen of the helmet and simultaneously inside the helmet for the user to see. Zim and Zou Official poster of the SXSW Film Festival 2014 (Austin, Texas). In collaboration with Gravillis. Austin's symbols : - Paramount Theater - Food Trailer Parks - South Congress Bridge bats (- The Texas Capitol) "Our goal was to create a poster that did not feel like it could be easily digitally reproduced. Ultimately, we wanted to embrace the 'do-it-yourself' ethos that SXSW has shown each year with their creative and imaginative footprint at the festival.” -Gravillis Inc.

Design Computation Lab - RC4 - MickeyMatter The team developed a computational method based on combinatorics that is able to efficiently assemble these building blocks into complex, functional structures. The algorithm tests different combinations of the elements, defines connection points and helps to explore different design possibilities. The building blocks are combined with each other in different rotations, producing a variety of patterns. These can then be evaluated in terms of connection strength and robotic fabrication constraints. Afterwards, the data is sent to a robot for assembly.

Obsolete Collections Fine Art Events We Love Contact All New Arrivals Gifts Singapour mon amour Urich Lau and Teow Yue Han, Life Circuit, Paris, 2015 Random yet organised, pragmatic yet consistent, conceptual yet critical, characterizes the body of work of Singaporean artist Urich Lau. By amplifying the exploration of the analogue and digital, he challenges the approaches of his artist collaborators and audiences in looking at how intersections between the static and live can come together. The conception and development of his Life Circuit in 2009, which has evolved from a solo performance with multi-disciplinary artist Yuzuru Maeda playing the violin to devised experimentations with artists Teow Yue Han and Kai Lam six years later, offers a sense of collectivity within the material and immaterial.

Revolutionary Ocean Skyscraper Designed for Research Designed by French architect Jacques Rougerie, the 170 feet (51m) tall SeaOrbiter will be the first vertical skyscraper ship of its kind. Two-thirds of the spectacular vessel is underwater, perfect for accommodating a team of 18-22 researchers who will be able to spend 24 hours a day underwater. Researchers will use the facilities for a variety of purposes, including studying marine biology and climate change, looking for shipwrecks, and even utilizing pressurized environments to simulate being in space for astronauts. To top it off, the craft is completely sustainable with its power coming from solar, wind and waves. “One of the first users will be the science community,” says Rougerie. “It’s designed to explore the ocean in a new way, mainly spending time under the sea, giving people the opportunity to live under the sea for a very long time, to observe, to undertake research missions, like marine biology, oceanography and climate issues.”