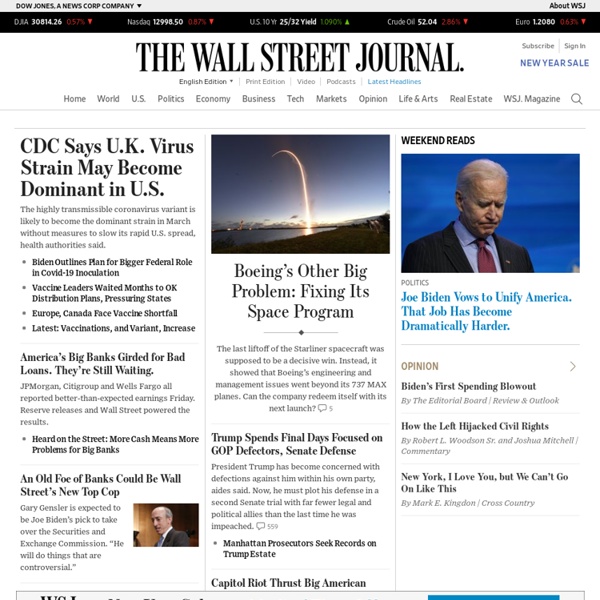 Match Point - Laptop Case by Jacquelyn Schmelter The slim Match Point laptop bag by Jacquelyn Schmelter makes it possible to carry utilities around in a stylish way while conserving less space. Designed for artists and designers, this sharp looking design will not only secure a laptop but also features an integrated graphics tablet so the user can get creative in any situation. Designer: Jacquelyn Schmelter Going for broke: how universities can deliver on their economic potential Thinking beyond science parks: universities need to create a network of research and innovation enterprise zones. Photograph: Lehtikuva OY / Rex Features Let me start by saying that I am not a proponent of directing academics away from blue-sky research towards second-rate contract research for the highest bidder. I am passionate about the long-term economic, social and cultural value of intellectual exploration through curiosity-driven research. But there seems to be a commonly held view that if you wish to preserve academic freedom, it's impossible to provide any substantial economic benefit to the UK, and that attempting to do so will create profound damage to our research base.

How To Filter The Social Web, Part 1: Webicina This week I'm going to be exploring filtering tools on the Web, with a particular focus on general interest topics like health, politics and sports. The Web is often an overwhelmingly noisy environment. Even the best social media services - like Facebook, Twitter and Google+ - can quickly drown you in a deluge of real-time updates. Last week, I explained that the new generation of publishing tools is beginning to address this problem, with more topical organization and a focus on quality. But because those tools are early stage and experimental, they don't help the current consumer of Web content (which is all of us). So this week, I'm hoping to uncover some useful tools for you all to use now.

Best Place in the World to Start a Company The relative merits of various cities as locations for start-ups is a favorite media talking point. Is New York approaching parity with fabled Silicon Valley? Check out the start-up scenes sprouting in formerly down-and-out cities! Changing postsecondary education must be a collective process The Ontario government recently released a discussion paper on postsecondary-education reform. Among the topics on the agenda: system transformation; a potential move in some programs to three-year degrees; greater use of “technology-enabled” learning; and a much simpler mechanism for transferring course credits between college and university. Providing a backdrop to these high-minded goals is the need to save money in a sluggish economy within which public-sector costs are projected to outrun revenues for the foreseeable future. Apart from ongoing operating and deferred maintenance shortfalls, nearly every university in the province faces some form of pension deficit. And, as the experience of Quebec shows, tuition increases are a politically volatile issue. It is clear that the current system of publicly funded postsecondary education is in trouble.

Stanford Creates Vice Provost For Online Learning To “Fundamentally Reshape Education” Stanford University announced the creation of an Office of the Vice Provost for Online Learning today, appointing computer science professor John Mitchell as the office’s inaugural head. In the past 20 years, Stanford has only established two Vice Provost offices, for undergraduate and graduate education, both of which “fundamentally reshaped education at Stanford.” University spokeswoman Lisa Lapin tells me the Vice Provost for Online Learning intends to do the same. Chris B. Leyerle: A Renewable Future Present-Day Germany ~ Europe's largest national economy hit a milestone in the first half of this year—for the first time, 25% of German electricity generation came from renewable sources. Wind energy was the largest contributor of green power, accounting for 9.2 percent of all energy output... Biomass, or material acquired from living organisms, accounted for 5.7 percent and solar technology for 5.3 percent.

Center on Education and the Workforce - August 15, 2012 Executive Summary Full Report Press Release Media Coverage Many of the stories you've heard about the Great Recession often involve the plight of college graduates, or stories about how men and women have fared differently in the recession and recovery. The media have even created a new vocabulary to describe these differences, such as "Man-cession" and "Man-covery."

ShareMyPlaylists Launches SMPapps To Build Spotify Apps For Brands — Just Don’t Call It A Pivot When Kieron Donoghue launched ShareMyPlaylists back in 2009, I thought he was just a little crazy to be building a startup on the back of Spotify’s lack of social features and an ecosystem that didn’t really exist yet. Sure, the music streaming service had a somewhat unreliable API, but it hadn’t even launched in the US and wouldn’t do so for some time. There was no Spotify app store either and, besides, how long would it be before the company introduced playlist sharing and other social elements of its own (in April 2010, it finally did and they’re still crap). But ShareMyPlaylists has survived to this day, buoyed by its web app, mobile apps and, yes, Spotify app. And now the UK startup is offering to take that expertise and build Spotify apps for other brands with the launch of SMPapps.com.

A High Resolution Experience There’s a new generation of devices really changing how we look at the web, Apple calls it Retina, others call it HiDPI (high dots per inch), but it’s been trickling its way up mostly through mobile phones and then in tablets with the iPad 3. Basically the idea is that the pixels are so close together you can’t even see them, even if you put your nose right up to the screen. (Wipe off your screen now.) Report reveals divergent views on where to take U. of North Texas at Dallas It might not come as a surprise to a lot of people, but a group of university faculty and staff members and a group of Fortune 500 management consultants have different ideas about how a university should be structured and run. About a year ago, the University of North Texas at Dallas retained Bain & Company, a management consulting firm, to help it design a new model for the university that is more accessible, more flexible, and more student-centered. Bain traditionally works with Fortune 500 companies but has done some work in higher education, including a recent report that suggested a third of U.S. colleges and universities are on an unsustainable path. That report generated significant discussion at this year's annual meeting of the National Association of College and University Business Officers, with many finance officials calling it overly simplistic. The consultants made recommendations to the university’s administration this spring.

Facebook Freakonomics: a new tool to map the world's friendships Last November, Facebook flipped Stanley Milgram's "six degrees of separation" theory on its head and showed that we're a lot closer than you might think. Today, Facebook launched a new interactive map of the world's friendships — a partnership with the data visualization wizards at the Stamen design studio — that illustrates some of the ways we're connected. The map uses an often-amorphous blob of bubbles representing the world's countries to show which ones share the most friendships, and many times, even explain why. "There's a lot of buried treasure here" "One of the most interesting / unexpected finds was seeing how closely tied Brazil is to Japan," Facebook's project lead Mandy Zibart says. "Brazilians are the third largest immigrant group to Japan...

Using Social Media to Test Your Idea Before You Try to Sell It Offerings from Creme Delicious. When starting a business, new entrepreneurs often spend time naming the business and developing a logo and printing business cards and perfecting the look and feel of their packaging before they know whether they have a viable product or service. There’s now a better way — social media has become the ultimate tool for market research. Stephanie Clifford wrote an article for The Times this week about how big corporations are replacing focus groups with social media, but it works for small businesses, too.

Richard Guarasci: How Colleges Can Spark Economic and Community Development In my last post, I discussed what I, and many of my colleagues, consider the growing crisis in higher education and the stiff challenges that those of us in America's colleges and universities now face. It is, to me, a crisis that threatens the legitimacy and the political economy of higher education as we have known it for more than a century in this nation. But, amidst of all the gloomy stories that continue to be reported about higher education, I think there is room for hope and even optimism. Universities can help to demonstrate their relevance to an ever more skeptical public by ramping up civic engagement programs within their local communities and by creating specific partnerships. And, these partnerships are exactly what many communities need to help them grow and thrive amid tough economic times. This is a new moment in America: we have the opportunity to replace the usual town-gown tensions with a relationship that can benefit all.