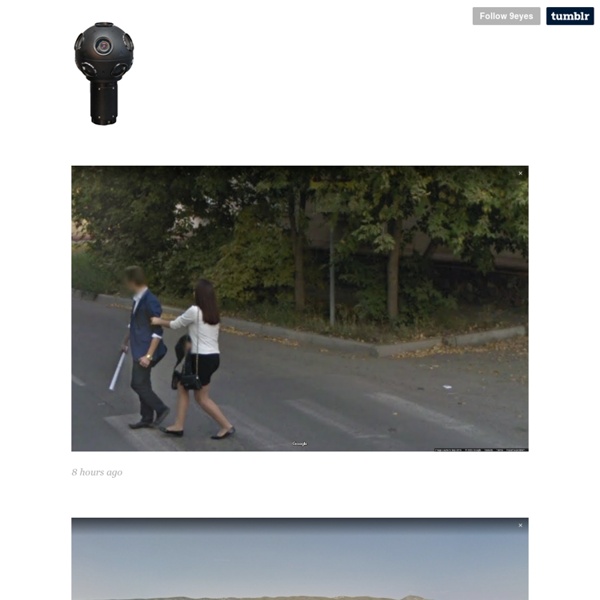 Molly Dilworth - projects August 2010, Google Earth view of 16 Manhattan Avenue, Brooklyn NY Paintings for Satellites I have an inclination to work with materials that have had an obvious life before I use them; it's a challenge and a pleasure to make something from nothing. In the last year my practice has grown out of the studio in the form of large-scale rooftop paintings for Google Earth. This project uses materials from the waste stream (discarded house paint) to mark a physical presence in digital space. My work is generally concerned with human perception of current conditions; the Paintings for Satellites are specifically concerned with the effects of the digital on our physical bodies.

Google – The first Google image for every word in the dictionary If a picture says more than a thousand words – and current internet dynamics tend to agree – what would a visual guide to the English vocabulary, contemporary and ‘webresentative’, look like? Ben West and Felix Heyes, two artists and designers from London (UK), found out when they replaced the 21,000 words found in your everyday dictionary with whatever shows up first for each word in Google’s image search. Behold Google – a 1240 page behemoth of JPGs, GIFs and PNGs in alphabetical order. “We used two PHP scripts my brother Sam wrote for us,” says Ben about the process in an email. “The first one takes a text list of dictionary words and downloads each image in sequence, and the second lays them out into columns and outputs a PDF.”

viktoria binschtok ‘In her series ‘World of Details’ VB connects both analogue and digital image sources. Basis to her work here are selected images from the gigantic GoogleStreetView archive in order to assemble her images. She then establishes a second image level through the analogue detail shots she has taken at the respective site. Binschtok’s first step is strictly analytical when she filters street views that show by-passers who look into the camera and who are actually aware of being photographed.

DIY Architecture: First WikiHouses Built - The Pop-Up City - Waterfox It was one year ago that we brought you news of WikiHouse, the innovative open-source concept for housebuilding from London-based design team 00:/ (zero zero). The idea is to bring house design and construction to the masses through open-source designs that use easy-to-assemble CNC cutouts from standard sheets of plywood. Anyone can contribute designs, download models (that can generate code for CNC cutting) and assemble the components with minimal training or skill. We’ve already seen IKEA dabble in urbanism. Imagine if they were to offer flat-packaged self-assembly houses — you would probably get something very much like a WikiHouse! Since we’ve last reported on this project, much progress has been made.

The Life Of An Introvert, Illustrated Introverts are often misunderstood by the more chipper and chatty members of society. Here to offer a corrective is illustrator Gemma Correll, a proud introvert, who has mapped out the heart of the introvert (likely while sitting in her Hermit’s Cave). The many-splendored regions of the introvert’s heart include the Land of Self-Checkout Lanes (a miraculous invention, probably dreamed up by an introvert who dreaded small talk with salespeople), to which introverts travel only when their shopping can’t be done in the Tower of Online Ordering.