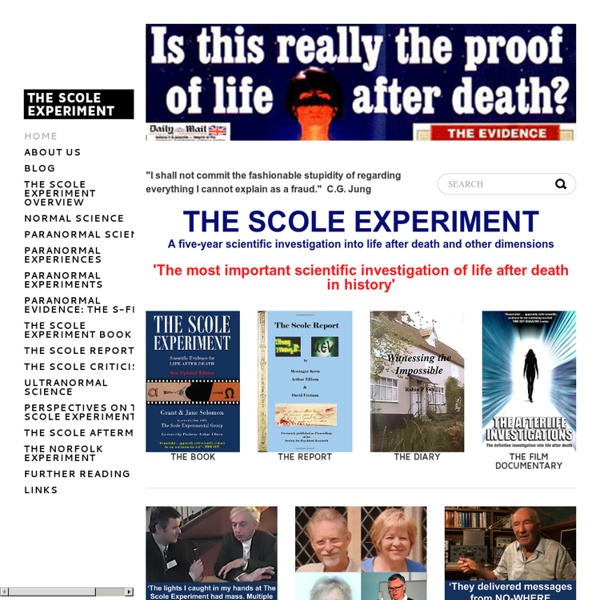 Spiricom Report 1 We present here the Original Report from George W. Meek edited for better use in the Internet. No content changes have been made. direct to Table of Contents Please paste this inside the front cover of the SPIRICOM TECHNICAL MANUAL in your possession. TO : Anyone Contemplating Developing Equipment to Converse with the " D e a d " : A Word of CAUTION Tens of thousands of hours spent over 25 years by hundreds of EVP (electronic voice phenomenon) researchers in Europe have clearly shown that some form of supplemental energy must be utilized to permit even individual words or short phrases to reach a level of audibility detectable even by a researcher with a highly acute sense of hearing.Eleven years of effort by 'Metascience researchers has established that the energies involved in the different levels of the worlds of spirit are not a part of the electromagnetic spectrum as science presently knows it. Page 1 andDR. Life's Energy Fields Vol. back to Top of Page Page 2 METASCIENCE FOUNDATION P.O.

Alex Jones' Infowars: There's a war on for your mind! The Shadowlands: Ghosts and Hauntings Visit Dave's bio page / Tina's bio page Online 24/7 and also at 16 Church St, Mt Holly, NJ Dave's Internet Radio Show and Podcast Ghost Theory | Paranormal, Ghosts, Cryptids and more Shadow people An artist's impression of a shadow person as a paranormal entity A shadow person (also known as a shadow figure, shadow being or black mass) is the perception of a patch of shadow as a living, humanoid figure, particularly as interpreted by believers in the paranormal or supernatural as the presence of a spirit or other entity.[1] Many methamphetamine addicts report hallucinations of "shadow people", as a result of sleep deprivation. History and folklore[edit] The Coast to Coast AM late night radio talk show helped popularize modern beliefs in shadow people.[2] The first time the topic of shadow people was discussed at length on the show was April 12, 2001 when host Art Bell interviewed Native American elder Thunder Strikes, who is also known as Harley "SwiftDeer" Reagan. Explanations[edit] Several physiological and psychological conditions can account for reported experiences of shadowy shapes seeming alive. In popular culture[edit] See also[edit] References[edit]

Art Bell | Dark Matter Inexplicata-The Journal of Hispanic Ufology REALITY BLOG Truthism.com - Your #1 Source for the Truth How Human Beings Deny the Truth Human beings on Earth like to blow off the truth by claiming that it is simply nonsense, calling it, for example, "funny," "hilarious," or "entertaining." In addition, they automatically disregard the truth messenger as being a "standard-issue schizophrenic who is obviously out of touch with reality." People desperately try to paint truth messengers as being non-lucid, mentally unstable, illogical, and so self-absorbed that they can't see things for what they really are. This is a very convenient way to quickly discard the truth and go on with one's life. Furthermore, when people come upon new information such as this, they erroneously assume that they have some sort of intellectual high ground over it. As a matter of fact, human beings are actually foolish enough to think that their conventional worldviews are the height of rationality. "There is far more to this world than taught in our schools, shown in the media, or proclaimed by the church and state.

Transcending the Matrix Control System Home 19 Terrifying Experiences with Skinwalkers - JUST FOR SPOOKS Anybody that has been on the Navajo reservation has either probably heard of some creepy things or have experienced pretty creepy things. Namely skinwalkers. I have only seen one. I come from a small town in northern Arizona that’s sandwiched between the Paiute reservation to the north and the U.S.’s largest Navajo reservation to the south. I was the only male senior to play basketball that season. As I looked out, I could see a figure running towards the bus at an angle of pursuit…and keeping up with the bus at 85 mph. It was as if something was holding my head and eyes in place. I didn’t want to tell anyone for fear they would think I was crazy. Source My Father owns a small delivery service that operates out of Farmington NM. One day we get a delivery out to Window rock AZ, on the Navajo reservation about 2 hours from Farmington. We had to convoy in separate trucks since my Dad’s was loaded down with freight. We’re somewhere on the highway between Window rock and Gallop NM. Source