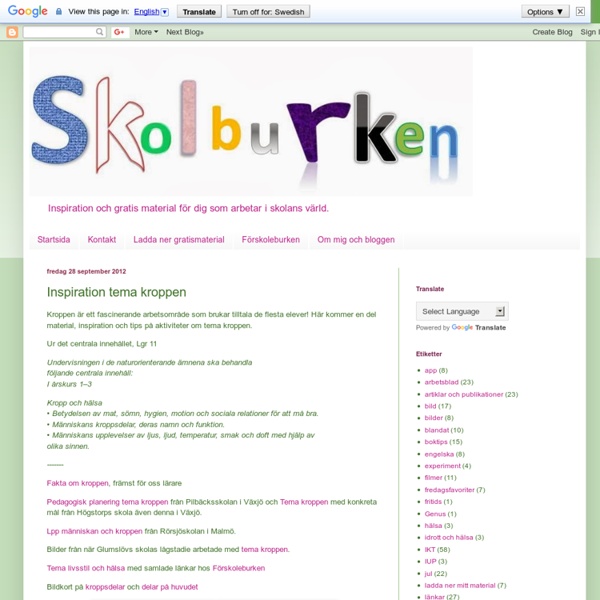 48 great examples of doodle art Doodling is a great, fun way of expressing yourself. But it's often underrated as an art form. Yet doodle art can help you learn how to draw and make a great addition to your design portfolio – as highlighted by these brilliant examples. Combining child-like doodles with expressive illustrations, they show how doodling can be used to create beautiful and arresting designs. Acceleration - Physics for Kids! Acceleration is a way to measure how fast something is speeding up. Suppose you are riding your bike. You start out going very slowly, hardly pedaling at all. Now you begin to pedal as hard as you can, to speed up - you are accelerating. Now that you are going at a normal speed, you stop pedaling so hard, and just pedal normally.

Two Bored Coworkers Recreate Famous Paintings Using Their Office Supplies If you’re bored at the office and don’t know what to do (besides work, ugh), Chris Limbrick and Francesco Fragomeni have got you covered. These two (clearly very busy) workers at Squarespace in NY spend their free time recreating famous paintings using whatever they find in their office for a project they’ve called “Fools Do Art.” There are two simple rules they follow – only use stuff found in the office, and any editing must be done on their smart phones. Given those limitations, they’ve done an amazing job! More info: foolsdoart.com | Tumblr | Instagram (h/t: modernmet)

Galileo Drops the Ball - Virtual Experiment In around 1590 Galileo Galilei (1564-1642) climbed up the Leaning Tower of Pisa and dropped some balls to the ground. Two balls of different masses, but of similar shape and density that were released together hit the ground at the same time. Until then it was commonly believed that heavy things fall faster than light things. Many people still believe this, and casual observation of everyday phenomena often does tend to confirm this view. If you drop a brick and a feather at the same time the brick will probably hit the ground first. But this is because of differences in the amount of friction between these objects and the air around them, not because their masses are different.

Inspired Elementary This next week at school is space week. I created this planet flip book that is a fun way to introduce the order of the planets from the sun. This activity is simple and effective, all while pulling in some fine motor skills practice. To begin this activity, I introduced the sun and each planet, showing pictures and sharing interesting facts about each one. This post contains affiliate links to products I personally recommend. A Milk Jug Skeleton is a Fun Recycled Craft Decoration for Halloween Years ago I created one of these Milk Jug Skeletons for Halloween. Just recently I was cleaning out my craft room and came across the directions again and thought I would share for those who have never seen it before. My Milk Jug Skeleton I think got lost in one of my many moves years ago and now that I have found the pattern I think I may have to create another one.

Easy Origami Modular 5-Pointed Star Folding Instructions This is an easy modular 5-pointed star by Tomoko Fuse. You will need to fold 5 units of the same design and assemble them to form the star. Made this origami? Motion: Introduction Motion is one of the key topics in physics. Everything in the universe moves. It might only be a small amount of movement and very very slow, but movement does happen. ☃️Winter Inspired Unit Study - Montessori From The Heart □ Have you ever come across animal tracks in the snow, and yet could not be sure what animal made the tracks? A snowy winter landscape is not only beautiful, but it is also a great mean of identifying animals that have been in a certain area. Snow will preserve tracks of a cottontail rabbit, fox, wolf, white-tailed deer, mountain lion, raccoon and many other animals that cohabitate in a certain area.

Kusudama Me! - Modular Origami Dominanta unit Dominanta unit The polyhedral unit, allows both star-assembly and ball-assembly.. I invented this unit 15/Oct/2010 Dominanta variation The Kusudama Assembly. Is stable without glue, but requires thick paper.. Animal Life Cycles (FREE Learning Material) We are still continuing our vertebrate study and at this point we explored the life cycle of each group. The aim of this study is to compare the life cycle of each group, to differentiate their development and identify their similarities as well. Prior to this, I introduced the Animal Kingdom and the Vertebrate group. To start off, we have The Life Cycle of a Frog for amphibians. Printable materials used here are my Animal Kingdom file, Vertebrate Sorting Cards and the Animal Life Cycles FREE printable. The link of the file is at the end of this post.