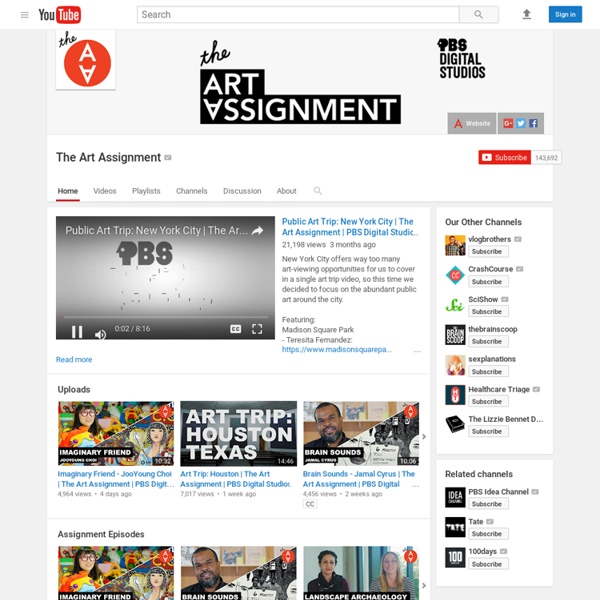 What's Inside? The past 12 months our channel has gone from 200 subscribers to 1.2 million. We had days where we were the top growing channel in all of YouTube. Amazing considering this channel all started as a second grade science project. This video has highlights from our past year and relives some of the awesome moments that made this past year so special. 2016 is already full of amazing adventures and awesome videos with some incredible brands. Music was written by our friends Can't Stop Won't Stop! Follow us on Twitter: us on Instagram: us on Facebook: Filmed in 4k on this camera: WARNING: Any project you try is at YOUR OWN RISK. Are you a musician?

Preheated Podcast – Kitchen wisdom and friendly chat from two friends who love to bake sans titre The whole process could be viewed as animal cells behaving in an almost plant-like way. Instead of a seed, you have satellite cells. Instead of water, you provide sugars, proteins, vitamins, and minerals in liquid form, known as culture media. Instead of sunshine, cells need warmth and humidity provided by incubators. Given the right signals, the cells know what they have to do. Satellite cells require additional, specific signals to allow them to differentiate into muscle cells. When it comes to producing synthetic egg whites and milk, no animals are involved. We’re already quite familiar with using yeast in food products — be it using them to produce carbon dioxide bubbles to make bread rise, or to make alcohol.

The Vocal Fries Pod – The podcast about linguistic discrimination sans titre Clueless means unaware, insensitive. Imagine yourself in the speaker’s shoes. Let’s say you are from the UK and you talking to the real you at the coffee machine – maybe you’re chatting about what you did at the weekend or something like that. So the UK version of you hears the real you speak English. In fact, the majority of native speakers don’t speak a second language … yep, I studied French at school for all of three minutes, but in a non–communicative way and I’m lucky if I can still remember one or two words in French. Therefore, for whatever reason; arrogance, ignorance, whatever the reason; it is likely that the person you are speaking to doesn’t understand that you are struggling to understand. Consequently, by putting yourself in his shoes right or wrong – it could be weird for that person, if you suddenly go mute. This is where we come back to communication being a two-way street. And it is ALWAYS okay to admit it. – I’m sorry I don’t understand.

Mango Juniors Watch Three Little Pigs, Animated Cartoon Series For Kids, Part 6, only on channel Mango Juniors.Three Little Pigs, Animated Cartoon Series For Kids, Part 1, Mango Juniors. This is story of, Three little pigs. The first ne and the oldest and wisest pig Fina, is not afraid of working hard and you can always depend on him. Second little pig loves to eat pizza, cake and candies. He spends his day dreaming and relaxing. Third Pig thinks he is king of rock and roll, he loves singing and dancing. There is a tiny creature, its Felix, the tiny mouse who follows three little pigs. Meet big boss, The wolf.He is mean and greedy one and very strong, but not the smartest wolf of the forest. What will happen when all of them will get together.

‎The Fluent Show on Apple Podcasts The intro of today's episode makes reference to the 8th of the month. This is because the episode publication was delayed by a week after recording to allow all listeners to get a chance to hear the Fluent Show statement about racism. Right, let's get to it: When there's something étrange in your vocabulaire, who you gonna call? A LINGUIST! Today I've got a very special linguist on the show: Mathilde from Elles Comme Linguistes, a French YouTube channel dedicated to linguistics pour tous! "Traditional education is about languages, not linguistics." In this show, we focused on learning more about loanwords like champagne in English, mousepad in French, kartofle in Polish and beamer in German. Why do so many loanwords come from English? BILINGUAL EPISODE ALERTThis podcast is a bilingual episode, meaning that we occasionally switched into speaking French. I always remember what the lovely Ron Gullekson said: “I want to get used to feeling uncomfortable.”

sans titre Easy to access & they are free Living in the digital age has many perks (and drawbacks too, many would argue) but as far as language learning goes, the digital age is especially cool: all you need to listen to a podcast is a good internet connection, a phone, or lap-top, or tablet. Great for busy people One of the biggest challenges you have is TIME. Subjects on whatever tickles your fancy* *whatever appeals to you or is to your liking The next cool thing about podcasts is there is literally a podcast available to you for any topic you like: comedy, vegan lifestyle, entrepreneurship, bookclub, news … and some weird stuff out there too – Dental hacks, project moonboat … I could go on! Great for studying Now, I suggest you mainly use podcasts just for listening and for enjoyment, but there will be times when you can and should go a bit deeper and do some studying.

Power Kids Getting lost in outer space was never this fun! Prince and Fox are on an adventure, chasing Snake, all over the Universe. And you're invited. Featuring Prince, the thoughtful humanoid alien prince from Asteroid B 6 12, and his faithful but skeptical sidekick, Fox, a talking fox. They travel the Milky Way and beyond on their starlight powered airplane, to visit a lot of awesome planets, and meet new people everytime. Snake kinda tries to mess things up, but Prince has starlight power with him. "In one of those stars I shall be living. #thelittleprince #lepetitprince Watch The Little Prince (Le Petit Prince), the animated adaptation of Antoine de Saint-Exupéry's timeless classic. Produced by Aton Soumache, Alex Vonarb, Dimitri Rassam and Cedric Pilot, co-produced by Jean-marie Musique, Christine Parisse and Tapaas Chakravarti and developed for television by Matthieu Delaporte and Alexandre de la Patelliere with Romain Van Leimt. Fantasy Science Fiction

About Buildings + Cities (podcast) - Luke Jones & George Gingell Discuss Architecture, History and Culture If you are a podcaster, the best way to manage your podcasts on Listen Notes is by claiming your Listen Notes podcast pages. It is a great, free way to engage the podcast community and increase the visibility of your podcasts. Manually refresh the RSS feed to sync up Get a verified badge ( Claimed ) alongside with your podcast name on Listen Notes Post classified ads for sponsorship, guests, co-hosts, cross-promotion... Respond to listener comments on Listen Notes Use speech-to-text techniques to transcribe your show and edit transcripts Coming soon: Self-service promotion on Listen Notes Improve the presence of your podcasts, e.g., self served podcaster interview... Track your podcast stats on Listen Notes, e.g., listens, page views... Manage episodes

sans titre Comprehension Questions As you listen, decide if the following questions are true according to what Alejandro says. 1) He is aware of how important technology is. 2) He thinks most technological developments are fads and will go out of fashion. 3) He uses the Internet for his job. 4) He uses a webcam for some of his conversations. 5) He speaks with his family using a traditional telephone. Transcript Welcome to the Splendid Speaking podcast. If you’re looking for tips on how to structure a short presentation then you may well find this recording useful. “Talk about a technology you use that you couldn’t do without.” We all know the importance of including an introduction and a conclusion in a presentation we give. Let’s listen to Alejandro. … Well to me I think there is … there isn’t a technology that I couldn’t do without. Feedback First of all, thanks to Alejandro for taking part in this Skype interview and for agreeing to be recorded. Now for some feedback. So, did you spot the mistakes?