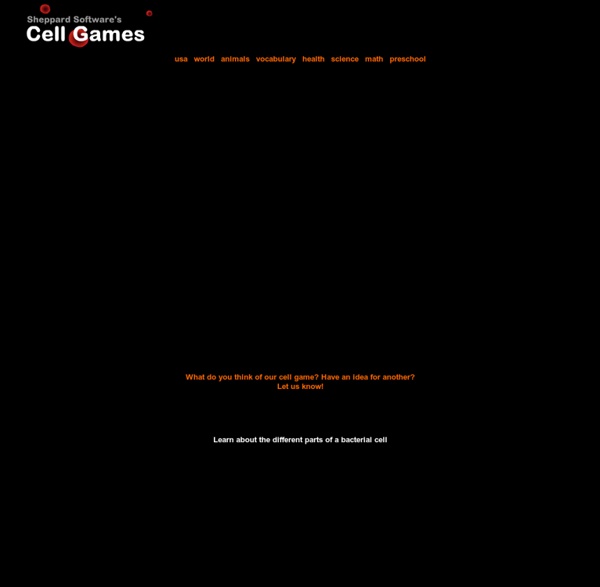 A-level Biology/Cells Cell Organelles[edit] Organelles are parts of cells. Each organelle has a specific function. 1. Nuclear membrane 2. Nuclear pore 3. World Science Festival What's Happening Inside Those 4th of July Fireworks Fireworks have come a long way since they were first invented in ancient China. As early as 200 BC, people had found that they could create loud bangs by throwing bamboo shoots into a fire; when heated, the air pockets inside the plant expand rapidly and the bamboo explodes with a violent crack. But it wasn’t until after the Chinese invented early forms of gunpowder around the 7th century that fireworks really took off—literally as well as figuratively. Global trade with China over the next 1,000 years brought polytechnic science to the Middle East, Europe and the New World; any large public celebration, from a royal coronation to religious holidays, featured a fireworks display as its grand finale. America’s Fourth of July fireworks tradition began with its very first Independence Day in 1777.

Parts of the Cell Do All Cells Look the Same? Cells come in many shapes and sizes. Some cells are covered by a cell wall, other are not, some have slimy coats or elongated structures that push and pull them through their environment. Some cells have a thick layer surrounding their cell. This layer is called the capsule and is found in bacteria cells. In our body there are many different kinds of cells.

The BIGGEST List of FREE HOMESCHOOL LAPBOOKS - Ever! Homeschool Lapbooks Lapbooking in our homeschool is a creative way to flesh out homeschool studies. Most importantly making lapbooks in our homeschool is just plain fun! I know that moms who are new to homeschooling with lapbooks have questions about how to get started with lapbooks. I’m always interested in where to find free homeschool lapbooks. Thames & Kosmos > Products > Archaeology Pryamid Dig Play the role of archaeologist as you explore this pyramid model and the treasures buried within. After using hieroglyphics to decipher the secret to unlocking the pyramid, use tools and techniques similar to those of a real archaeologist to carefully excavate a sarcophagus and four canopic urns from the hardened sandy catacomb inside. Practice the best techniques for excavating an archaeological site, such as digging, troweling, screening, brushing, and record keeping. As you uncover the artifacts in the pyramid, you will learn about important aspects of archaeological science, including surveys, excavation, conservation, dating, and remote sensing. Learn how to create a gridded excavation site and a diorama. Investigate the layout of the pyramid, its various chambers, hidden passageways, and security devices by constructing a three-dimensional cross section of the pyramid.

7th Grade Program Homeschool Curriculum │Ages 12-14 Includes everything you need to teach with confidence. All of the planning is done for you. Relax knowing you don't have to be an expert to give your child an excellent education. Included in this package:

Home School in the Woods Timeline Helps: Do you remember studying history in school? It seems like the textbooks were full of dates, names, and places! Hands-On History Activity-Pak Other lap book projects include vocabulary terms as well as a variety of mediums used by artists. There is also a pocket designed to hold various works your child will create as they mimic the masters. By experimenting with the techniques and styles of various artists, he will not only become exposed to different media, but try his hand at creating works in the same styles himself!