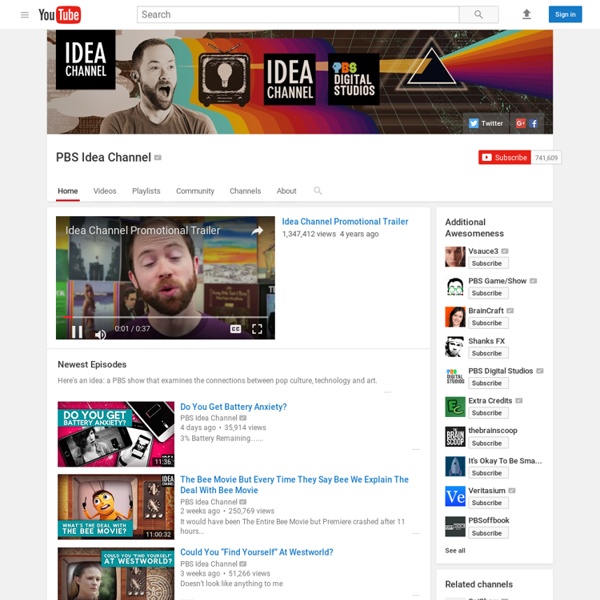 Busy Beavers Busy Beavers have Created the Best Kids Videos on You Tube Since 2007.Parents, Teachers and Children have Sang Along Over 150 Million Times! Every Monday we Upload a Fresh, Catchy, Song Video or Engaging Lesson. Subscribe and You'll be Notified when New Videos Go Live!Click Here to Sub: Want to see some of our Latest Vids?Try "Apples Are Yummy" SmarterEveryDay Twitter SmarterEveryDay Loading... Working... The Backwards Brain Bicycle - Smarter Every Day 133 14,875,581 views 1 year ago Get your own here ⇒ Shirt: Support Link: ⇒ ⇐ ↓↓↓↓↓↓↓READ MORE: ↓↓↓↓↓↓↓Here's the link from the Amsterdam meetup!

Doge pronunciation: How do you pronounce the name of the shibe doge meme. The meme known as doge—in which photos of dogs, usually Shiba Inus, are labeled with internal monologues like “wow,” “such [adjective],” and “very [noun]”—has been taking over the Web in recent weeks. Websites and comment sections are full of phrases like “Wow, so crack” (in reference to Toronto Mayor Rob Ford) and “Such fail” (in relation to the healthcare.gov rollout). But how do you pronounce doge? No one seems to agree. If you ask Google, for example, all you’ll get is the pronunciation of the word that means “chief magistrate of Venice.”

Philosophy With Kids - These Temporary Tents by Aadel Bussinger Everyone has a philosophy they are working from. The key to doing philosophy with your kids is getting them to recognize what assumptions they and the people around them are constructing their beliefs from. We love doing philosophy as a family. Whether it’s having a family book discussion or reading about an old Greek guy, we try to incorporate philosophy into our daily lives so that our minds stretch and grow and we can better defend or refute the ideas we encounter.

Mother Goose Club Watch "Elves in Santa's Workshop!" ABC Song and More! Three Little Kittens and More! Wheels on the Bus and More Nursery Rhymes! storybots The StoryBots are coming to Netflix! Tune in August 12 to follow Beep, Bing, Bang, Boop and Bo as they help answer kids' biggest questions on the new Netflix original series, "Ask the StoryBots". Based on the award-winning educational apps from JibJab, "Ask the StoryBots" stars Judy Greer as the voice of Beep and includes live-action guest appearances by Whoopi Goldberg, Jay Leno, 'Weird Al' Yankovic, Kevin Smith, Tim Meadows, Chris Parnell, and Riki Lindhome and Kate Micucci of Garfunkel & Oates. In each episode, the StoryBots - the curious little creatures who live beneath our screens - go on an adventure to the human world to help answer kids' biggest questions, like "Why is the sky blue?" or "Why do I need to brush my teeth?".

Shibe Doge [There is a] general principle of internet language these days that the more overwhelmed with emotions you are, the less sensical your sentence structure gets, which I’ve described elsewhere as “stylized verbal incoherence mirroring emotional incoherence” and which leads us to expressions like “feels,” “I can’t even/I’ve lost the ability to can,” and “because reasons.” Contrast this with first-generation internet language, demonstrated by LOLcat or 1337speak, and in general characterized by abbreviations containing numbers and single letters, often in caps (C U L8R), smilies containing noses, and words containing deliberate misspellings. We’ve now moved on: broadly speaking, second-generation internet language plays with grammar instead of spelling. If you’re a doomsayer, the innovative syntax is one more thing to throw up your hands about, but compared to a decade or two ago, the spelling has gotten shockingly conventional.

Ten of the greatest: Philosophical principles From John Stuart Mill's On Liberty, Aristotle's 'mean' philosophy to the principle of charity, here are the greatest principles of philosophy By JULIAN BAGGINI, Editor of The Philosopher's Magazine Updated: 21:00 GMT, 22 May 2010 by JOHN STUART MILL, 1806-1873 Whenever legislation is proposed that limits our freedoms, someone will reach for Mill's On Liberty and point to the passage that says, 'The sole end for which mankind are warranted, individually or collectively, in interfering with the liberty of action of any of their number, is self-protection. That the only purpose for which power can be rightfully exercised over any member of a civilised community, against his will, is to prevent harm to others.

Khan Academy Overview of cultural contributions of Classical Greece. Golden Age of Athens. Age of Pericles. DIY TV Win the chance to get your animation shown on Cartoon Network! This contest is for folks 17 and under. More info: This is the most exciting contest in the history of DIY! We’ve teamed up with Cartoon Network to bring you the official Adventure Time Animation Contest.

Philosophy: A Brief Guide for Undergraduates Table of Contents The unexamined life is not worth living.—Socrates Happiness is something final and complete in itself, as being the aim and end of all practical activities whatever … Happiness then we define as the active exercise of the mind in conformity with perfect goodness or virtue.—Aristotle