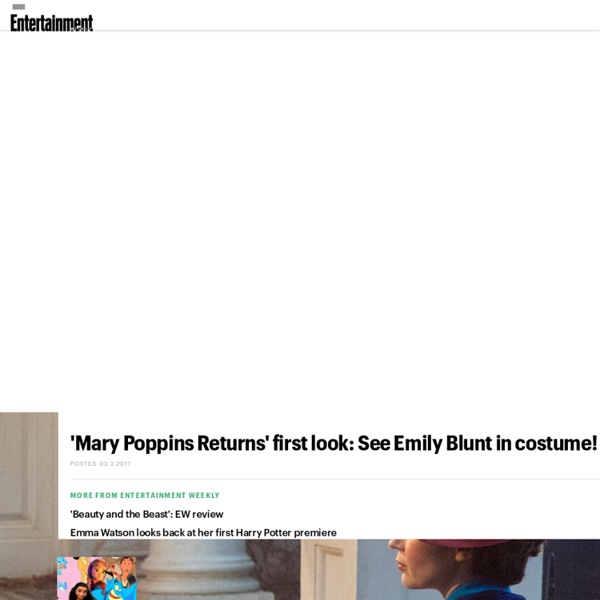 Steampunk gears up for a broader audience Those who watched Doctor Who’s season premiere this August were confronted with something strange—and it wasn’t just the striking new Doctor, Peter Capaldi. The episode, “Deep Breath,” was set in Victorian England…but there were robots. And not futuristic-looking robots, either—ones full of gears, pistons, and other old-fashioned mechanisms, the sort of technology that actually existed in the 1800s. These robots were patently impossible, far more advanced than anything an engineer could have created back then. They were also peculiarly plausible.

this song is sick Posted in Bangin, Video by nick | Tags: 2014, Chance the Rapper, Hip-Hop, LIVE, Lollapalooza Chance the Rapper made a legendary return to his home city of Chicago after gaining a monstrous global following as he played a huge set at the trend setting Lollapalooza music festival. This Sunday's set was a very special one for the rapper as him and his Social Experiment band went through an impressive collection of all the favorites from his popular mixtapes and even managed to slip in a few unreleased new tracks. This was truly something special as the love for his home city resulted in some unreal chemistry. Enjoy! Marcus Sakey, award-winning author of The Blade Itself, At The City's Edge, and Good People THE WINDUP GIRL, by Paolo Bacigalupi This one is a shoo-in for the Nebula Award. If you like science fiction, get yourself a copy today. When trying to render the future, most authors tend to step a little too far from the present; not Bacigalupi. His completely convincing future is based closely on ours.

Guest Post: Trends in mobile advertising for 2013 GoMo News by Aaron Peters, a blogger who works with Superscholar As so many people now have smartphones, it’s becoming more and more popular to use them as a medium for advertising. With 2013 now on us, I decided to do some research as to what pundits are saying which are the most likely mobile advertising trends we can expect to see in 2013. Better targeting List of science fiction films of the 1980s A list of science fiction films released in the 1980s. These films include core elements of science fiction, but can cross into other genres. They have been released to a cinema audience by the commercial film industry and are widely distributed with reviews by reputable critics. Collectively, the science fiction films from the 1980s have received 14 Academy Awards, 11 Saturn Awards, six Hugo Awards, five BAFTA awards, four BSFA Awards, and one Golden Globe Award. Four of these movies were the highest grossing films of their respective years of release. However, these films also received nine Golden Raspberry Awards.

Codex Seraphinianus Codex Seraphinianus, originally published in 1981, is an illustrated encyclopedia of an imaginary world, created by the Italian artist, architect, and industrial designer Luigi Serafini during thirty months, from 1976 to 1978.[1] The book is approximately 360 pages long (depending on edition), and written in a strange, generally unintelligible alphabet. Originally published in Italy, the book has since been released in several countries.[2] The Latin noun codex referred to a book with pages (as opposed to a scroll), and is often applied in modern usage to a manuscript with pages, especially an antiquarian one.[3] Seraphinianus is a Latinisation of the author's surname, Serafini (which in Italian, refers to the seraphs).

Kasbah Bab Ourika - Activities 2/3 HOURS DURATION On this walk you will visit the Berber villages of Akhlij, El Haddad and Takatert. It is a gentle stroll taking in the surrounding areas of the Kasbah. (DHM 200 per person) 2/3 HOURS DURATION Walk through the surrounding villages to Tnine Ourika where the local market is held every Monday. Visit Bio Aromatique Gardens called Nectarome at Akhlij el Haddad and the local saffron gardens at Takatent. Alice Glass (Crystal Castles) Alice Glass is the enigmatic vocalist for the Toronto-based punk-synth duo Crystal Castles. Her fearless live performances and vocals, so distorted they are rarely distinguishable, contribute to her rabid, fast-growing fan base. In 2003, Alice Glass hooked up with Ethan Kath to form Crystal Castles, self-releasing their first single in 2005, on MySpace, a track called ”Alice Practice.” The tune was meant as nothing more than a vocals check but attracted attention from various labels that led to a bidding war. In March of 2008, the band released Crystal Castles, their first full-length studio album, hitting No. 47 on the UK charts. Prior to that they released a handful of singles, including “Air War” and “Courtship Dating/Tell Me What To Swallow."

Bytes & Ink Playing it safe isn’t working anymore; you’re not going to get out of this clean. You have illicit tech and the talent to use it. Time to go shake the city and see what falls out. You’ll get hurt, sure, but what kind of pain will you deal out? Technoir is a roleplaying game. You play protagonists like cyber-tweaked couriers, hard-nosed investigators, and drugged-out hackers making opportunities for themselves in a despairing world.