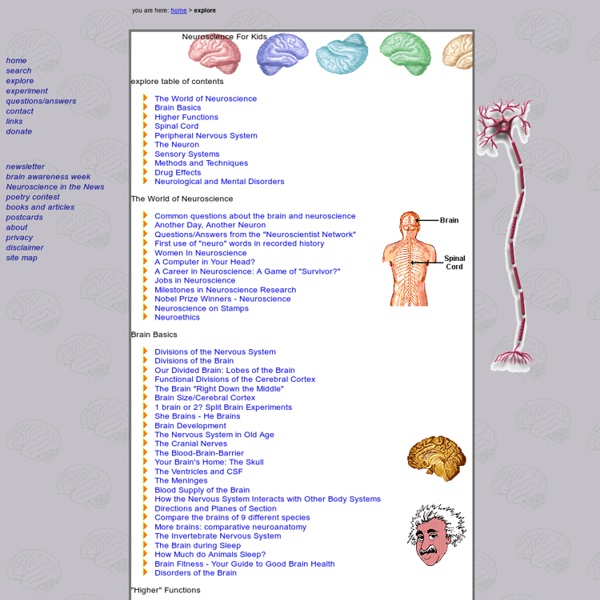 Brain Explorer Land and water forms. Montessori | three Little Rascals exploring the world For a long time I wanted to cover the subject of land and water forms the Montessori way, but there was never a good starting point. The perfect opportunity showed up during our stay in Finland this summer. We were travelling through a land full of lakes and islands. We saw Norwegian fjords and watched the Helsinki archipelago almost every day for three weeks. We played on a beach next to a lake and next to a small bay. In addition we had very limited access to any learning materials and this topic turned out to be very easy to prepare and very engaging for the kids. First of all I tried to draw Rascals’ attention to the different land and water forms we were seeing. As an introduction we build different land and water forms when playing on a beach. After several days of playing in the sand we made at home our materials. land and water forms; We built the forms using an instant mash potato (a lot of it) and water mixed with blue food colouring. Like this:

A Theory on the Deja Vu Phenomenon A Theory on the Deja Vu or Déjà vu Phenomenon During the time while this web-page has been on the Internet, more than three thousand people (up to Nov 2009) have e-mailed to say that they have Déjà Vu experiences. That is interesting, but their descriptions have virtually always described some different phenomenon. If a person has any pre-knowledge of something that is yet to happen, like in a dream, it cannot be Déjà Vu, and is likely to be some type of Precognition. This last part effectively eliminates credible Deja Vu from occurring in any place that the person has already been! Now, YOU certainly believe that you can remember ALL the experiences you have ever had, and that there could not possibly be any forgotten memories in you! So our minds are definitely CAPABLE of absolutely eliminating some memories from our consciousness. Here is a hypothetical example of Deja Vu, assuming that you are not an Eskimo! Here is another potential example of what an actual deja vu might be.

Crystal Names Activity for ages 3 and up. This easy-peasy, low cost science experiment uses borax to grow crystal names. Whether your child is 3 or 103, they’re sure to get excited about seeing their name shimmer and sparkle in the sunlight. Crystal names are one of our favorite kids’ science experiments yet. P.S. Even though my 5 year old can easily write her name, she never tires of seeing it, especially when it sparkles and glistens. Getting Ready To prep for this science activity, I gathered a few supplies: Pipe cleanersFishing line {twine or yarn will work too}Pencils or wooden skewersScissorsGlasses or plastic container {one for each color}A container large enough to hold your name {if doing your name as a single piece written in cursive}BoraxFood Coloring {optional, if you want colored letters you can dye the borax solution or use colored pipe cleaners}Liquid measuring cupTablespoonHeat Safe Mixing Bowl Shaping the Names Making the Solution Waiting for the Crystals The Science Behind It Noirin Lynch

The Brain and Senses Welcome to the Brain and Senses! Hi, we are Dr Ellen Poliakoff and Dr Luke Jones and we’re experimental psychologists. This means that we find out how people think and how the brain works. When we are not teaching - or lecturing as it's called at University! - we can be found doing experiments in the laboratory. Ellen is finding out about how we move and Luke is doing experiments about how we understand time. Luke's research Do you find that time passes quickly when you are having fun, but crawls along slowly when you have to do something boring? We think that we have an internal clock in our brains that we use to answer questions like these: How long did the event last for? How long will it be until something happens? How long ago did it happen? How well do we remember how long something lasted for? I'm particularly interested in finding out lots more about the latter. Ellen's research

Human Brain Cell Transplantation -- Alternative Weight Loss Blog A shot in the head might not be such a bad thing, after all. A new study out of Harvard University came to the surprising conclusion that it may indeed be possible to trigger new cell growth in parts of the mammalian brain by injecting the brain with healthy cells, where once it had been thought impossible to repair abnormalities or damage.1 A team of researchers working under Dr. As a result, write the researchers, "Donor neurons differentiated and integrated as four distinct hypothalamic neuron subtypes, formed functional excitatory and inhibitory synapses, partially restored leptin responsiveness, and ameliorated hyperglycemia and obesity in db/db mice." The repair wasn't perfect. The researchers concluded, "These experiments serve as a proof of concept that transplanted neurons can functionally reconstitute complex neuronal circuitry in the mammalian brain." As far as losing weight goes, then, you might not want to wait for a shot in the head. 1 Paddock, Catharine. 2 Miller, Greg.

Science for Kids: Rainbow Jar Science for kids ages 2 and up. We love fun kids’ science and this easy activity is one of our favorites. With just a few common household ingredients like dish soap and honey, little scientists can actually pour a rainbow in a jar. There’s no need for any leprechaun magic – just 100% kid-friendly science. P.S. Getting Ready This project requires quite a few supplies but most of them are probably things you already have in your pantry. To get ready for the science activity, I grabbed my materials: A tall, see-through container (I used a clean mason jar.)HoneyLight corn syrupDish soap (either blue like Dawn or green like Palmolive)Olive oilRubbing alcoholWaterFood coloringA dropper I also grabbed two identical containers and some marbles so that I could give my son a brief explanation about density. The Science Behind It As always, my son was really excited when I told him we were going to do some kids’ science. I explained that different liquids have different weights. Pour a Rainbow in a Jar

50 Brain Facts Every Educator Should Know January 27th, 2010 By Pamelia Brown The brain is perhaps the most fascinating organ in the human body. It controls everything from breathing to emotions to learning. Brain Development and Learning Read on to learn interesting facts about how the brain develops, what can affect that development, and how learning is impacted. Read aloud. Memory Learn about the way short-term memory differs from long-term memory, how scent affects memory, and more. Different types of memory. Brain Trivia From how the brain helps while blinking to early brain surgery, these bits of trivia might come in handy the next time you are teaching about the brain. Blinking. The Physical Brain With this list, you’ll be prepared the next time you need to whip out fast facts about the make-up of the human brain. Water. Amazing Brains Here are examples of some amazing people and their brains. Daniel Tammet.

Why Do People Yawn? Could yawning be all about cooling down the brain? Err, don’t people yawn because they’re bored and/or tired? Yes, it’s true people do yawn more at bedtime or after they’ve woken up and they do yawn when they’re bored (people even yawn in their sleep). But yawning isn’t that simple. Many people believe that yawning gets more oxygen into the body or expels more carbon dioxide. The truth is no one really knows the real root cause of a yawn. Hot brain My favourite physiological reason for yawning is that it might help cool the brain down (Gallup & Gallup, 2007). Oddly this may help explain the paratroopers jumping out of a plane. Yawning may also partly be about stretching muscles since yawning sets off the urge to stretch. Social yawning It’s well-known that yawns are contagious. Yawns are most contagious between members of the same family, followed by friends, acquaintances and lastly strangers (Norsica et al., 2011). So, why is yawning contagious in the first place?

Twin Super Powers New Alzheimer's Criteria Would Change Diagnosis for Millions | Mild Alzheimer's Disease | Mild Cognitive Impairment Almost everyone currently diagnosed with a mild form of Alzheimer's disease would be downgraded to not having the condition, if new proposed criteria for the diagnosis of cognitive problems were applied, a new study shows. Instead, people diagnosed as having "very mild" and "mild" Alzheimer's disease would be reclassified as having mild cognitive impairment (MCI), which is currently recognized as an intermittent stage between the normal loss of mental function that comes with age and the development of dementia. The new criteria broaden the definition of mild cognitive impairment, and this will cause confusion when doctors try to diagnose MCI and Alzheimer's, said study researcher Dr. John Morris, a professor of neurology at Washington University School of Medicine in St. Louis. Moreover, the new criteria highlight the fallacy of thinking about MCI and Alzheimer's as different entities, Morris said. The report is published online today (Feb. 6) in the Archives of Neurology.