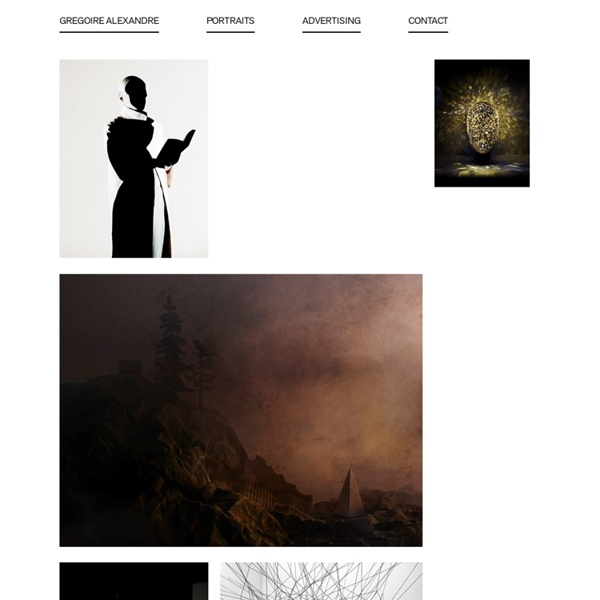 AJ Heath - Bhutan - In Pursuit of Happiness Bhutan - In Pursuit of Happiness Project info Landlocked between the economic powerhouses of India and China, the small Buddhist kingdom of Bhutan provides a fascinating case study for the effects of globalization and indeed the self-conscious resistance to this same global change. In the last decade the Kingdom of Bhutan has undergone a rapid transition, from a closed Buddhist Kingdom to a constitutional democracy and is now admired worldwide for its uncompromising pursuit of Gross National Happiness. But as Bhutan development accelerates, its government and people are engaged in a battle to preserve its culture and keep its unique identity alive. Traditional ways of living and cultural practices, particularly those in rural communities, are quickly disappearing in the quest for new lifestyles and less laborious job opportunities.

Good Things Come Together - Photographs and text by Jordi Pizarro This great portrait photography series was selected as a finalist in the LensCulture Exposure Awards 2015. Discover more inspiring work from all 31 of the winners and finalists. In Kodinhi, a small town in southern India, good things come in twos. Confounding both doctors and several scientific studies, this small town in Kerala has the highest rate of twin births in the world. Portraiture: the Paradoxes and Politics of Looking - Essay by Rebecca Horne Paradoxes lie at the heart of great photographic portraits. We know a photograph can’t actually "capture" anything essential about people in the photographs. More often what we are seeing is powerfully influenced by context, our own biases and preferences and those of the photographer. Intellectually, we are aware that we can’t know a person from simply looking at them, much less from a mute photograph. However, emotionally and spiritually, the temptation to try and do just that is too powerful to ignore.

Behnaz Babazadeh -Self-Portraits -Burqas Made of Candy Gummy Bears Fruit by the Foot Years ago, a young lady named Behnaz Babazadeh showed up to her school in the United States wearing a burqa. Poetic Landscapes Marry the Earth and the Female Body The White Sands of New Mexico stretch for hundreds of miles in either direction. As the sun sets over the dunes, the once-burning sand cools, bears only the footprints of three women. London-based photographers Eleanor Hardwick and Rachel Hardwick and Seattle-based Chrissie White sit bundled together for warmth until daybreak, when they can set out once more across the empty terrain.

Tomasz Liboska - Polish Re-Enactors Krzysztof with daughter, Wehrmacht soliders Marek, Native American On the outside, these Polish houses look unremarkable, but step inside, and you’ll find a Roman legionary from the First Century C.E., a samurai from medieval Japan, and a soldier from the armed forces of Nazi Germany. At least that’s what photographers Tomasz Liboska and Michal Jedrzejowski discovered when the embarked on a journey through space and time as resurrected by the country’s many re-enactors and hobbyists. The photographers held no interest in capturing the stereotypical shots of historical role play enthusiasts at fairs and festivals.