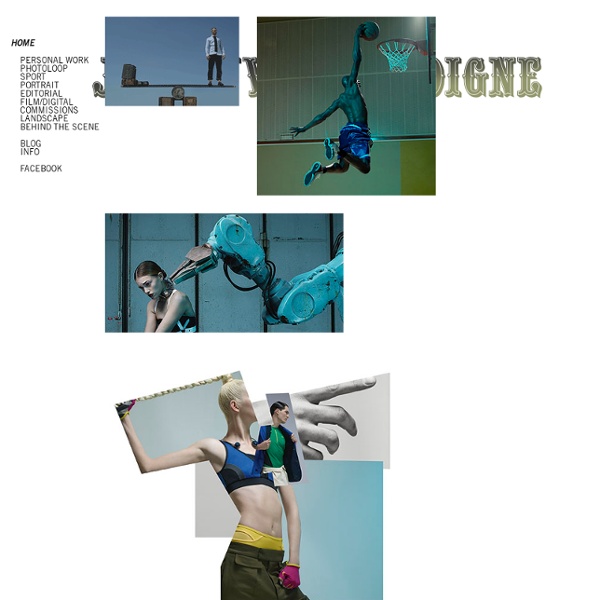 AJ Heath - Bhutan - In Pursuit of Happiness Bhutan - In Pursuit of Happiness Project info Landlocked between the economic powerhouses of India and China, the small Buddhist kingdom of Bhutan provides a fascinating case study for the effects of globalization and indeed the self-conscious resistance to this same global change. In the last decade the Kingdom of Bhutan has undergone a rapid transition, from a closed Buddhist Kingdom to a constitutional democracy and is now admired worldwide for its uncompromising pursuit of Gross National Happiness. But as Bhutan development accelerates, its government and people are engaged in a battle to preserve its culture and keep its unique identity alive. Traditional ways of living and cultural practices, particularly those in rural communities, are quickly disappearing in the quest for new lifestyles and less laborious job opportunities.

Chris Jordan - Midway On Midway Atoll, a remote cluster of islands more than 2000 miles from the nearest continent, the detritus of our mass consumption surfaces in an astonishing place: inside the stomachs of thousands of dead baby albatrosses. The nesting chicks are fed lethal quantities of plastic by their parents, who mistake the floating trash for food as they forage over the vast polluted Pacific Ocean. For me, kneeling over their carcasses is like looking into a macabre mirror. These birds reflect back an appallingly emblematic result of the collective trance of our consumerism and runaway industrial growth.

David Lindsey Wade The Wade Brothers shot a selection of famous Portugese footballers in Lisbon for Nike Portugal’s latest campaign – featuring William Carvalho, Raul Meireles, Miguel Veloso, Christiano Ronaldo and Pepe. Share This The Wade Brothers photographed the global above the line campaign for Bacardi with BETC in Panama and Mexico. Camouflage... Fred Lebain Unique photo series by Fred Lebain, a talented French photographer, features creative camouflage posters that blend into their surroundings. After visiting New York for the first time and taking some pictures, Fred Lebain returned for a second visit with large poster prints and aligned them with their original locations. Also check out: Invisible Man and Camouflage Art by Liu Bolin

Michael Hoppen Contemporary - Artist - Byung-hun Min - Flowers - Byung-Hun Min was born in Seoul, South Korea in 1955. Min started out as a musician and vocalist, then a student of electronic engineering, before finally discovering photography. He turned to study photography in his late 20’s at the Soon-tae Hong studio, from where he has pursued a successful career in photography. Call for Submissions: Photos Taken at 'Magic Hour' Woman on a balcony, Tripoli, Lebanon © Vianney Le Caer “Magic Hour” is typically defined as the first and last of the day, when the sun approaches the horizon, casting an indirect and ineffable glow over the earth and its inhabitants. For our latest group show, we’re not looking for a subject or a place; instead, we’re looking for an elusive and enchanted moment in time.

Irina Werning I love old photos. I admit being a nosey photographer. As soon as I step into someone else’s house, I start sniffing for them. Most of us are fascinated by their retro look but to me, it’s imagining how people would feel and look like if they were to reenact them today… Two years ago, I decided to actually do this. So, with my camera, I started inviting people to go back to their future..

Good Things Come Together - Photographs and text by Jordi Pizarro This great portrait photography series was selected as a finalist in the LensCulture Exposure Awards 2015. Discover more inspiring work from all 31 of the winners and finalists. In Kodinhi, a small town in southern India, good things come in twos. Confounding both doctors and several scientific studies, this small town in Kerala has the highest rate of twin births in the world. Portraiture: the Paradoxes and Politics of Looking - Essay by Rebecca Horne Paradoxes lie at the heart of great photographic portraits. We know a photograph can’t actually "capture" anything essential about people in the photographs. More often what we are seeing is powerfully influenced by context, our own biases and preferences and those of the photographer. Intellectually, we are aware that we can’t know a person from simply looking at them, much less from a mute photograph. However, emotionally and spiritually, the temptation to try and do just that is too powerful to ignore.

Don McCullin · Biography For the next two decades war became a mainstay of Don’s journalism, initially for the Observer and, from 1966, for The Sunday Times. In the Congo, Biafra, Uganda, Chad, Vietnam, Cambodia, Israel, Jordan, Lebanon, Iran, Afghanistan, Northern Ireland and more, he time and again combined a mastery of light and composition with an unerring sense of where a story was headed, and a bravery that pushed luck to its outermost limits. “Photography has given me a life… The very least I could do was try and articulate these stories with as much compassion and clarity as they deserve, with as loud a voice as I could muster. Anything less would be mercenary.”