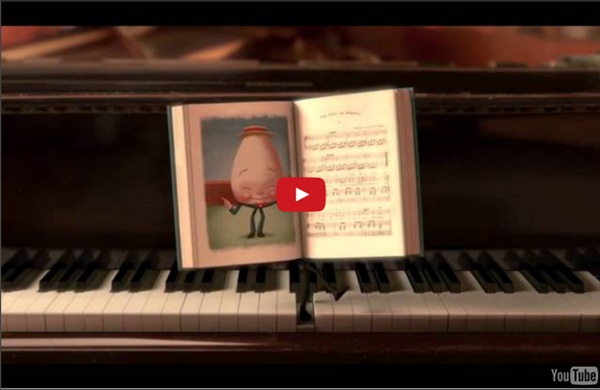 Culture - The 21st Century’s 12 greatest novels 12. Jeffrey Eugenides, Middlesex (2002) What are the greatest novels of the opening years of this tumultuous century? The Gruffalo - The Story The Gruffalo is one of the world’s best-loved monsters. Since it was first published in 1999, the award-winning story of his encounter with the little brown mouse in the deep dark wood has continued to delight children and adults the world over. Created by Julia Donaldson and Axel Scheffler, the most successful author/illustrator partnership in picture book publishing, The Gruffalo is a modern classic, and both mouse and monster have become stars of stage and screen as well as story-time favourites. It all began when Julia Donaldson came across a Chinese tale about a clever girl who tricks a hungry tiger into believing she is the Queen of the Jungle and scares him away. Julia thought this would make the basis for a good picture book story, but couldn’t think of anything to rhyme with ‘tiger’ – so she created her own monster whose name had to end in O, to rhyme with ‘doesn’t he know’.

Tema Dr Seuss Editor's Note: This year, Read Across America day is Monday, March 3rd -- a day later than usual. We published this reading-themed blog last year for Read Across America and Dr. Seuss's birthday, and it was a huge hit with readers. This year, we've updated the post to include a few new resources. Adrienne Gear Reading Power homepage Adrienne Gear has been a teacher in the Vancouver School district for over 18 years working as a classroom teacher, ESL teacher, teacher librarian and District Literacy Mentor. She is currently teaching two days a week at Sexsmith Elementary. Adrienne developed Reading Power almost 10 years ago and has been since working with teachers in many districts throughout the province presenting workshops, giving demonstration lessons and facilitating Reading Power leadership teams. She has also presented workshops in the United States in Atlanta, Kansas and Pennsylvania.

Author Colson Whitehead Explains Five Books Picked Randomly from His Collection Critics use up a lot of ink ferreting out their favorite writers’ sources, but what if you could go through an author’s bookshelves, pick a few volumes, and ask for yourself? That’s what we’ve decided to do, starting with Colson Whitehead. The Ecstatic by Victor Lavalle I got this from his editor, Chris Jackson, who wanted me to write a blurb for it, which I did. I met Victor when his first book, Slapboxing With Jesus, came out, and we did an awkward reading together in Hoboken at Maxwell’s. I think we were reading to six people—and one of them was this book collector who comes in with stacks of ten, gets them signed, and sells them on eBay.

Words to the Wise: Aesop's Fables Interactive Book The Aesop for Children interactive book is designed to be enjoyed by readers of any age. The book contains over 140 classic fables, accompanied by beautiful illustrations and interactive animations. "Aesop's Fables"—also called "the Aesopica"—are a collection of stories designed to teach moral lessons credited to Aesop, a Greek slave and story-teller thought to have lived between 620 and 560 BCE. Aesop's fables are some of the most well known in the world and have been translated in multiple languages and become popular in dozens of cultures through the course of five centuries. They have been told and retold in a variety of media, from oral tradition to written storybooks to stage, film and animated cartoon versions—even in architecture. The fables remain a popular choice for moral education of children today.

10 Profound Children's Book Quotes That Probably Changed Your Life Think back to the books you read as a kid—chances are there was that one line from that one book that completely changed the way you thought about life, whether it was the poignant last phrase of The Polar Express or a quietly wise revelation from Winnie the Pooh. In honor of International Children’s Book Day (April 2), here are 10 of our favorite life-changing quotes from classic young adult books. Submit your own favorites in the comments! 1. The Giving Tree by Shel Silverstein

9 Famous Writers On Their Favorite Books — Because For Inspiration, You Should Go To The Inspired We all have those books that we hold the closest to us. They’re the books we make a point to re-read once a year. The ones we take with us when we travel for long periods of time. The ones whose pages are so yellow and crinkled and filled with scribbles that no one else could read them but you. I Love Going to Granny and Grandpa's It's Just That... (Charlie and Lola) Charlie and Lola's parents are sending them to their grandparents'. Lola is a bit reluctant at first but... I Love Going to Granny and Grandpa's It's Just That...Ah, this one.Here.I have this little sister, Lola. She is small and very funny. Today mum and dad are taking us to granny and granpa's house by the sea.Lola loves going to granny and grandpa's house, don't you, Lola?