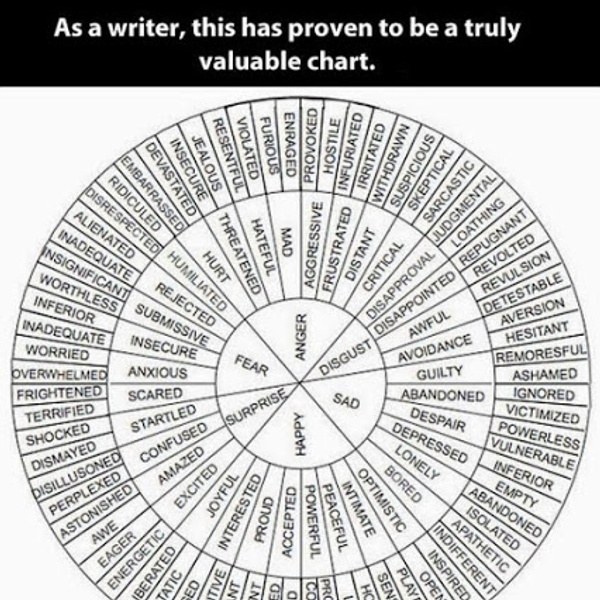 Related:  Language • How To

OWL Coming Soon: A new look for our same great content! We're working hard this summer on a redesign of the Purdue OWL. Worry not! Our navigation menu and content will remain largely the same. Important Infrequently Used Words To Know Paul V. Hartman (The Capitalized syllable gets the emphasis) alacrity a-LACK-ra-tee cheerful willingness and promptnessanathema a-NATH-a-ma a thing or person cursed, banned, or reviledanodyne AN-a-dine not likely to cause offence or disagreement and somewhat dull//anything that sooths or comfortsaphorism AFF-oar-ism a short, witty saying or concise principleapostate ah-POSS-tate (also: apostasy) person who has left the fold or deserted the faith.arrogate ARROW-gate to make an unreasonable claimatavistic at-a-VIS-tic reverting to a primitive typeavuncular a-VUNC-you-lar “like an uncle”; benevolent bathos BATH-ose an anticlimaxbereft ba-REFT to be deprived of something valuable “He was bereft of reason.”

Poetry and Literature Poet Laureate Consultant in Poetry Tracy K. Smith was appointed by Librarian of Congress Carla Hayden to serve as the 22nd Poet Laureate on June 14, 2017. Smith is the author of three books of poetry, including Life on Mars (2011), winner of the 2012 Pulitzer Prize for Poetry. Smith took up her duties in September 2017, opening the Library’s annual literary season with a reading of her work in the Coolidge Auditorium. Alternative Sleep Cycles: You Don’t Really Need 6-8 Hours! Most people only think that there is one way to sleep: Go to sleep at night for 6-8 hours, wake up in the morning, stay awake for 16-18 hours and then repeat. Actually, that is called a monophasic sleep cycle, which is only 1 of 5 major sleep cycles that have been used successfully throughout history. The other 4 are considered polyphasic sleep cycles due to the multiple number of naps they require each day.

13 Vital Reminders For Writers Writing is tough work. If I may be so bold as to attempt a simile, I’d say that it’s like walking through a dark forest, but with your legs tied together. So in actuality you’re not really walking at all. But sort of hopping. Oh yes, and there’s a little devil perched upon your shoulder whispering sweet doubts in your ear. The 100 Best Books of All Time Many publishers have lists of 100 best books, defined by their own criteria. This article enumerates some lists of "100 best" books for which there are fuller articles. Among them, Science Fiction: The 100 Best Novels (Xanadu, 1985) and Modern Fantasy: The 100 Best Novels (Grafton, 1988) are collections of 100 short essays by a single author, David Pringle, with moderately long critical introductory chapters also by Pringle. For publisher Xanadu, Science Fiction was the first of four "100 Best" books published from 1985 to 1988. The sequels covered crime & mystery, horror, and fantasy.

Grammar Test - B1 level PART TWO - GRAMMAR TEST - B1 LEVEL LANGUAGE AWARENESS TASK 1 – Read the text below and decide which answer (a, b, c or d) best fits each space. There is an example at the beginning (0). Grace Murray Hopper was a remarkable woman and a leader in the field of software development. She contributed (0. example) to the transition from primitive programming techniques to the use of sophisticated computer languages. Grace Murray (21) XXX on December 9, . Verbal Vomit: How to be a Hipster, Chapter 1 Hipster is a slang term that first appeared in the 1940s, and was revived in the 1990's and 2000's to describe types of young, recently settled urban middle class adults and older teenagers with interests in non-mainstream fashion and culture, particularly indie-rock, independent film, magazines such as Vice and Clash, and websites like Pitchfork Media.[1] In some contexts, hipsters are also referred to as scenesters. Do you want to be a Hipster? Do you wish you could join those sparkling beautiful people that you see pedaling past your house?