Custodian and Publisher of The Urantia Book since 1955 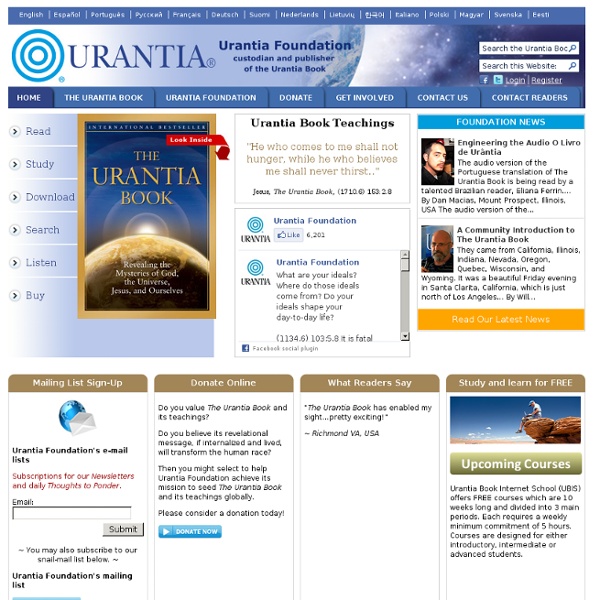 Readings - Bohmian-Mechanics.net This is part of a correspondence between Sheldon Goldstein and Steven Weinberg on Bohmian Mechanics. It is published here with the kind permission of both. From: oldstein@fermat.rutgers.edu To: WEINBERG@utaphy.ph.utexas.edu Subject: NYRB Date: Sun, Sep 22 1996, 17:14:44 Dear Professor Weinberg, In your recent response in the NYRB, you ask George Levine, my colleague here at Rutgers, to "suppose that physicists were to announce the discovery that, beneath the apparently quantum mechanical appearance of atoms, there lies a more fundamental substructure of fields and particles that behave according to the rules of plain old classical mechanics." I agree with your point that this should make little difference to our views about culture or philosophy. Best, Shelly Goldstein From: WEINBERG@physics.utexas.edu To: oldstein@fermat.rutgers.edu Subject: Bohm's quantum mechanics Date: Tue, 24 Sep 1996, 21:01:39 -0500 (CDT) Dear Professor Oldstein, I have carried out the experiment you requested.

Urantia Book Historical Society Blavatsky Theosophical University Press Online Edition By H. P. Blavatsky Blavatsky’s masterwork on theosophy, covering cosmic, planetary, and human evolution, as well as science, religion, and mythology. Based on the Stanzas of Dzyan, with corroborating testimony from over 1,200 sources. Originally published 1888. This edition was corrected against the facsimile edition of 1888. Quick Links to Condensed Table of Contents of Volume 1: Part 1 | Part 2 | Part 3 Volume 2: Part 1 | Part 2 | Part 3Index (prepared by John P. (Link to Full “Verbatim” Table of Contents of Volume 1 and Volume 2) PREFACE ... vii INTRODUCTION ... xvii. (continued in) Formation of Man: the Thinker ... 238 STANZA X. — Continued ... 271 (continued in) The Origin of the Satanic Myth ... 378 Western Speculations founded on the Greek and Puranic Traditions ... 402 (continued in) The many meanings of the “War in Heaven” ... 492 (continued in) The Septenary Element in the Vedas ... 605 The Seven Souls of the Egyptologists ... 630

The Gospel According to Mary Magdalene Chapter 4 (Pages 1 to 6 of the manuscript, containing chapters 1 - 3, are lost. The extant text starts on page 7...) . . . Will matter then be destroyed or not? 22) The Savior said, All nature, all formations, all creatures exist in and with one another, and they will be resolved again into their own roots. 23) For the nature of matter is resolved into the roots of its own nature alone. 24) He who has ears to hear, let him hear. 25) Peter said to him, Since you have explained everything to us, tell us this also: What is the sin of the world? Chapter 5 1) But they were grieved. Chapter 8: . . . it. 10) And desire said, I did not see you descending, but now I see you ascending. Chapter 9 1) When Mary had said this, she fell silent, since it was to this point that the Savior had spoken with her. 2) But Andrew answered and said to the brethren, Say what you wish to say about what she has said.