It's Nice That : Home 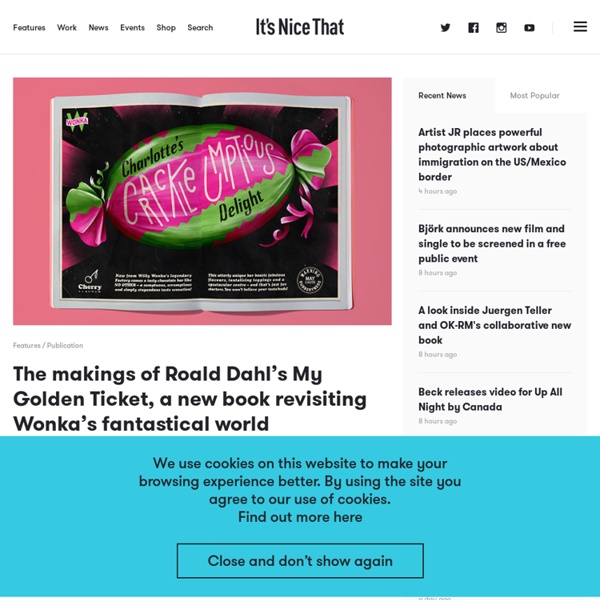 The power of networks: Beyond Critical Regionalism In 1961 the French philosopher Paul Ricoeur observed: ‘Everywhere throughout the world, one finds the same bad movie, the same slot machines, the same plastic or aluminum atrocities, the same twisting of language by propaganda.’1 Witness the problem of universalisation: a toxic byproduct of the globalisation process. Of course, we are familiar with solo cups and Oreos, but what does this mean for architecture and urbanism? Will all of our cities soon look the same? Imaginets Magnetic Shapes (Age 3+) Imaginets Magnetic Shapes from MindWare inspire kids to create and imagine. The fifty, full-color design challenge cards allow kids to recreate figures on the magnetic white board using a combination of colorful Imaginets shapes to make a dog or a dragon, a castle or a car, and much more. Or, they can make up their very own magnetic masterpieces.

silver&silver streetsick: Larry Sultan Mike Mandel 1977 oldtimefriend: Chelsea Art Ball, London, 1958-1959, Sergio Larrain (Source: secretcinema1) 2011 Logo Collection (Part 1) - excites - the Portfolio of Simon C. Page 2011 Logo Collection (Part 1) Only January but here are the first batch of logos for the year. Studio 28 logo Job Opportunity - Internship This job is no longer available. It was closed by the employer. Browse other jobs Processing Plant /// Inferno Inferno (working title) is a robotic performance project inspired by the representation of the different levels of hell as described in Dante's Inferno or the Singaporean Haw Par Villa's Ten Courts of Hell1 (which is based on a Chinese Buddhist representation). In Inferno, the "circles of hell" concept is mainly an artistic framework, a general working theme under which the different parts of the performance will be regrouped. It is observed that under these two cultural representations, each "level of hell" corresponds to a particular form of punishment for a particular sin.

Mad Hot Ballroom (Age 8+) At first, it might seem strange to see such young people working so seriously on ballroom dancing. But within minutes, Marilyn Agrelo's documentary convinces viewers that this is exactly the right activity for these dedicated, enchanting fifth-graders. As they work with their teachers and each other to learn the difficult steps and postures for the rumba, tango, swing, merengue, and fox-trot, they also reveal much about themselves as thoughtful, dynamic young people. As they dance, they are exposed to various cultural traditions and begin to learn traditional gender roles (the boys are instructed, "Take care of your partner"). More than anything else, the movie impresses by the respect it affords its subjects.

Film & Video The following films are presented for educational and non-commercial use only. All copyrights belong to the artists. About UbuWeb Film & Video UbuWeb is pleased to present hundreds of avant-garde films & videos for your viewing pleasure. THINKINGFORM Champion Paper's Identity Advance Mortgage Corporation's Identity Cincinnati Contemporary Arts Center's Identity

Illustrator tutorials: 85 amazing ideas to try today! Since its release, Adobe's Illustrator has grown to become the designer's right-hand man when it comes to creating premier vector graphics and elements. There's so much you can do with it that it can be difficult to know where to start. Happily, we're here to round up the best Adobe Illustrator tutorials, covering everything from illustration to logo design, adding depth to your typography and much more, to help you get the most from this amazing app. Auger Loizeau: Smell+ This project explores the human experiential potential of the sense of smell, applying contemporary scientific research in a range of domestic and social contexts. The current low status of smell is a result of the revaluation of the senses by philosophers and scientists of the 18th and 19th centuries. Smell was considered lower order, primitive, savage and bestial. Smell is the one sense where control is lost, each intake of breath sends loaded air molecules over the receptors in the nose and in turn potentially gutteral, uncensored information to the brain. At the same time our bodies are emitting, loading the air around us and effecting others in ways we are only now starting to understand.

The Science (and Practice) of Creativity "Creativity isn't about music and art; it is an attitude to life, one that everybody needs," wrote the University of Winchester's Professor Guy Claxton in the lead-up to the 2014 World Innovation Summit for Education (WISE) dedicated to creativity and education. "It is a composite of habits of mind which include curiosity, skepticism, imagination, determination, craftsmanship, collaboration, and self-evaluation." Sounds like the perfect skill set for equipping young people to navigate an increasingly complex and unpredictable world. Encouragingly, there's plenty of evidence -- from both research and practice -- that most of the above can be taught in the classroom.