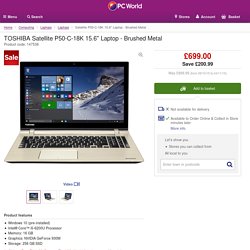 AISB 2016 - Sheffield Robotics. The AISB Convention is an annual conference covering the range of AI and Cognitive Science, organised by the Society for the Study of Artificial Intelligence and Simulation of Behaviour. 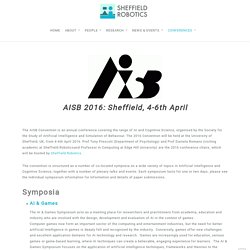 The 2016 Convention will be held at the University of Sheffield, UK, from 4-6th April 2016. Prof Tony Prescott (Department of Psychology) and Prof Daniela Romano (visiting academic at Sheffield Roboticsand Professor in Computing at Edge Hill University) are the 2016 conference chairs, which will be hosted by Sheffield Robotics. The convention is structured as a number of co-located symposia on a wide variety of topics in Artificial Intelligence and Cognitive Science, together with a number of plenary talks and events. Each symposium lasts for one or two days, please see the individual symposium information for information and details of paper submissions.

The Concept of Utopia (Ralahine Utopian Studies): Amazon.co.uk: Ruth Levitas: 9781906165338: Books. Review "This book, central to the constitution of utopian studies as a field, argues for a structural pluralism in which, according to the social constructions of desire in specific historical periods, the three components of form, content, and function are combined in distinct and historically unique ways. 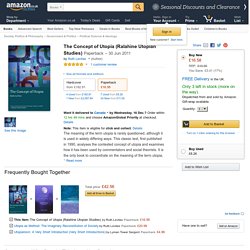 " Bio. Actuator. War within Four Walls: “Familiar Horror” and Domestic Architecture in Athens. This essay is the first installment of a two-part investigation on the history of the Greek city and its distinct domestic architecture. 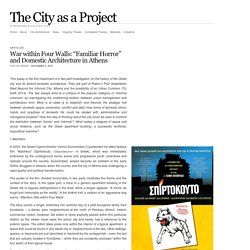 They are part of Platon’s PhD dissertation titled Beyond the Informal City: Athens and the possibility of an Urban Common (TU Delft, 2014). The two essays aims to a critique of the popular category of ‘informal urbanism’ by interrogating the underlining relation between urban management and architectural form. What is at stake is to establish and theorize the strategic link between domestic space, production, conflict and debt.

How forms of domestic ethos, habits and practices of domestic life could be related with administrative and managerial projects? Standard Gears. My account | My Cart | Checkout | Login My shopping cart Item(s) 0 | Total: £0.00 Live Support Home All Products. 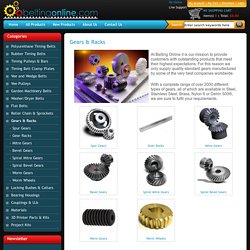 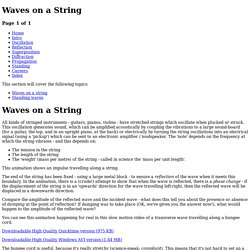 This oscillation generates sound, which can be amplified acoustically by coupling the vibrations to a large sound-board (for a guitar, the top, and in an upright piano, at the back) or electrically by turning the string oscillations into an electrical signal (using a 'pickup') which can be sent to an electronic amplifier / loudspeaker. The 'note' depends on the frequency at which the string vibrates - and this depends on: Top 10 Demonstrations with Tuning Forks [W/Video] / Labs, Activities, and Other CoolStuff. Posted on September 18, 2013 by Arbor Scientific, authored by James Lincoln There have been 3 comment(s) I have been using tuning forks in my classroom for 10 years, and in each of those years I have discovered several new tricks. 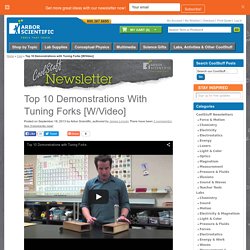 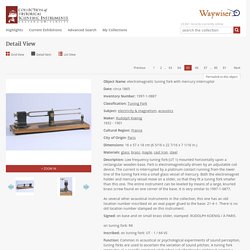 Description: Low frequency tuning fork (UT 1) mounted horizontally upon a rectangular wooden base. Lenoir HelmholtzMaterialities. Human and Machine Perception 2: Emergence, Attention, and Creativity. 1109. The Amazing EBow. Electromagnetism : Magnetism and Electromagnetism. The discovery of the relationship between magnetism and electricity was, like so many other scientific discoveries, stumbled upon almost by accident. 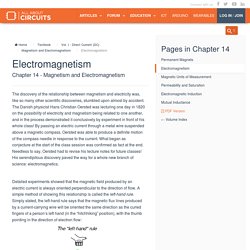 The Danish physicist Hans Christian Oersted was lecturing one day in 1820 on the possibility of electricity and magnetism being related to one another, and in the process demonstrated it conclusively by experiment in front of his whole class! By passing an electric current through a metal wire suspended above a magnetic compass, Oersted was able to produce a definite motion of the compass needle in response to the current. What began as conjecture at the start of the class session was confirmed as fact at the end. Needless to say, Oersted had to revise his lecture notes for future classes! His serendipitous discovery paved the way for a whole new branch of science: electromagnetics. Detailed experiments showed that the magnetic field produced by an electric current is always oriented perpendicular to the direction of flow. 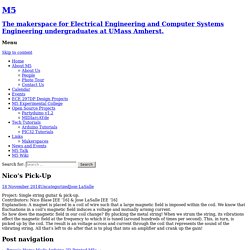 Contributors: Nico Blase [EE ’16] & Jose LaSalle [EE ’16] Explanation: A magnet is placed in a coil of wire such that a large magnetic field is imposed within the coil. We know that fluctuations in a coil’s magnetic field induces a voltage and mutually arising current. So how does the magnetic field in our coil change? By plucking the metal string! When we strum the string, its vibrations effect the magnetic field at the frequency to which it is tuned (around hundreds of times per second). Current Signal Systems : Electrical Instrumentation Signals. It is possible through the use of electronic amplifiers to design a circuit outputting a constant amount of current rather than a constant amount of voltage. This collection of components is collectively known as a current source, and its symbol looks like this: A current source generates as much or as little voltage as needed across its leads to produce a constant amount of current through it.

This is just the opposite of a voltage source (an ideal battery), which will output as much or as little current as demanded by the external circuit in maintaining its output voltage constant. Following the “conventional flow” symbology typical of electronic devices, the arrow points against the direction of electron motion. Mechanical Principles (1930) by Ralph Steiner [4min selection] How to make gears. Standing Waves Part I: Demonstration. Broadcast Yourself. Guitar String Vibration.MP4.

If you have ever been to a carnival or an amusement park, you may have seen or played a simple hand-eye coordination game involving a metal loop on a handle and a length of curved wire. In this game, the player holds the loop in one hand and attempts to guide it along the curved wire without touching the loop to the wire. In the carnival version, shown in Figure 1, the handle delivers a mild electric shock to the player when the loop and the wire touch, signaling that the game has been lost. In this project, you will build your own wire loop game, using wires and batteries. In your game, players won't receive shocks if they lose. Instead, a buzzer will signal whenever the metal loop touches the curved wire. Alvin Lucier - Music On A Long Thin Wire. Pendulum Music Steve Reich 1968. How To Make An Electromagnet.

Piezo to jack wiring. Takis at the MIT Museum — 5,000 Moving Parts. “Electro-Magnetic I” is from a series of similar sculptures created by the artist Vassilak is Takis in the late 1950s and early 1960s. Takis, who was born in Athens in 1925, began making sculptural works in 1946. He became a Fellow at the Center for Advanced Visual Studies at MIT in 1968 and continued his Fellowship into 1969.

In 1954, Takis began to develop works using electromagnetism, including the “Electro-Magnetic” series and numerous works designated “Signals.” The “Signals” sculptures were inspired by a long wait for a train to Paris, when Takis became fascinated by the signaling mechanisms that controlled train traffic. He spent several hours drawing the mechanisms while waiting at the station, and soon afterward he began making magnetic sculptures based on the drawings.

Takis’ interest in invisible forces extended to the uses of political power. Primary Information. Takis: Evidence of the Unseen: Amazon.co.uk: Wayne Andersen: 9780262511582: Books. Tinguely@Tinguely. A New Look at Jean Tinguely's Work. Takis (Vassilakis) - Musical. Ada Lovelace. Augusta Ada King, Countess of Lovelace (née Byron; 10 December 1815 – 27 November 1852) was a British mathematician and writer, chiefly known for her work on Charles Babbage's early mechanical general-purpose computer, the Analytical Engine. Her notes on the engine include what is recognised as the first algorithm intended to be carried out by a machine. Because of this, she is often regarded as the first computer programmer.[1][2][3] Lovelace was born 10 December 1815 as the only legitimate child of the poet George Gordon, Lord Byron and his wife Anne Isabella Milbanke, Baroness Wentworth.[4] All Byron's other children were born out of wedlock to other women.[5] Byron separated from his wife a month after Ada was born and left England forever four months later, eventually dying of disease in the Greek War of Independence when Ada was eight years old.