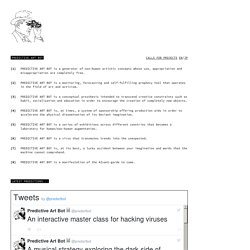 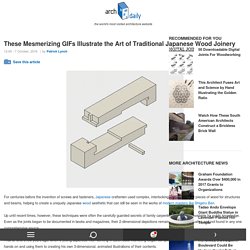 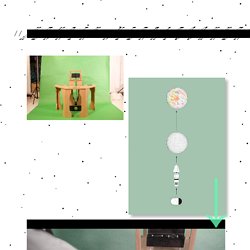 As British billionaire Lloyd Frederic Boltham secretly founds a private space program, he takes an unpreceded, scientific and technological gamble to ensure his aristocrat family's wealth over many future generations. Ilona Gaynor. The Voice of Peace - in the Mediterranean. Google. Google. Google. Google. HBO Online. Iori nakai. Watch Lunch Hour Lectures Online. Please note that from Autumn 2012 onwards, Lunch Hour Lectures will no longer be archived here, but will instead be available to watch on the UCLLHL youtube channel where they will also be subtitled. 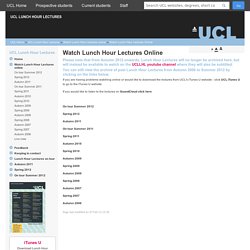 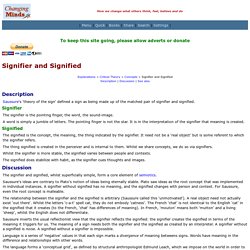 Bio-Couture. TOMORROWS. Nullus Locus Sine Genio – No place without spirit. Roue. Peter Judson Interview - Mylo - The Simplest Way for Men to Dress Well. With a background in illustration and printmaking, Peter Judson is a designer based in London, England. 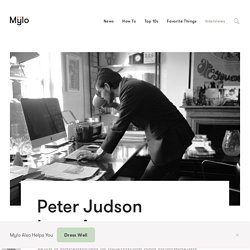 His clean, graphic approach leads to illustrations and prints with a playful impact. Who are you? Peter Judson. What do you do? I think it’s too early to say! These days I’m just looking for projects that are going to challenge me and allow me to broaden my practice. Peter judson. Narrative Spaces and Critical Environments. Moscow, 1923 At school one day, a student designed a floating swimming pool. 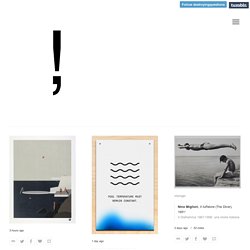 Nobody remembered who it was. The idea had been in the air. Others were designing flying cities, spherical theaters, whole artificial planets. Someone had to invent the floating swimming pool. The prototype became the most popular structure in the history of Modern Architecture. In the early thirties, the political situation, which had once stimulated projects such as the pool became rigid, even ominous.

BIOGRAPHY : ANAIS TONDEUR. "Anais Tondeur is an artist who delights in expeditions. 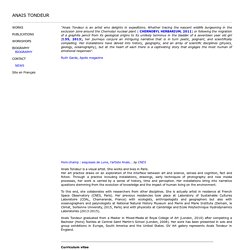 Whether tracing the nascent wildlife burgeoning in the exclusion zone around the Chernobyl nuclear plant ( CHERNOBYL HERBARIUM, 2011) or following the migration of a graphite pencil from its geological origins to its unlikely terminus in the bladder of a seventeen year old girl (I.55, 2013), her journeys conjure an intriguing narrative that is in turn poetic, poignant, and scientifically compelling. Her installations have delved into history, geography, and an array of scientific disciplines (physics, geology, oceanography), but at the heart of each there is a captivating story that engages the most human of emotional responses".

Ruth Garde, Apollo magazine Hors-champ : esquisses de Lune, l'artiste Anaïs... by CNES Anaïs Tondeur is a visual artist. To this end, she collaborates with researchers from other disciplines. Shadows Symposium // Anaïs Tondeur. Italy: The New Domestic Landscape. Christiane Spangsberg. 15 Great Movies That Use Architecture Brilliantly. Cinema and architecture have always had a special relationship, because of the way in which they explore ideas using the dimension of space. 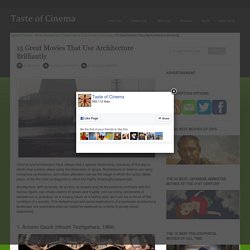 Architecture in cinema can carry numerous symbolisms, and urban alienation can be the stage in which the action takes place, or be the main protagonist in silent but highly meaningful sequences. Architecture, with its levels, its curves, its shapes and its dimensional contrasts with the human figure, can create visions of power and fragility and can bring sentiments of decadence or grandeur, of a surging future or a fading past, as it can be a mirror of the condition of a society.

The metaphorical and social implications of a particular architectural landscape are matchless and can easily be explored by cinema in purely visual sequences. 1. Antonio Gaudi (Hiroshi Teshigahara, 1984) The audacious curves of Gaudì’s neo-gothic constructions are celebrated and mirrored in Hiroshi Teshigahara’s masterwork of camera movement and cinematography. 2. 3. 4. 5. Limited Edition Prints — Casey Baugh Fine Art.

Information, Evolution, and intelligent Design - With Daniel Dennett. Ollie Palmer. Toward a Museum of the 21st Century. Photo We’re 15 years into the new millennium, but our museums don’t seem to be aware. 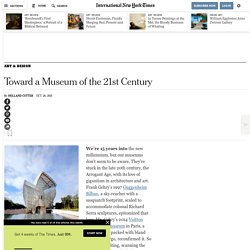 They’re stuck in the late 20th century, the Arrogant Age, with its love of gigantism in architecture and art. Frank Gehry’s 1997 Guggenheim Bilbao, a sky-reacher with a sasquatch footprint, scaled to accommodate colossal Richard Serra sculptures, epitomized that love. Mr. DIGITAL FABRICATION. Digital design and fabrication constitute a truly disruptive innovation, transforming design and manufacturing processes as a 21st century equivalent of the steam engine in the 18th century and of the innovation of perspective in the Renaissance. It is fast becoming a preferred tool in many fields. Cooper Union’s courses and Certificate in Digital Fabrication offer artists, engineers, architects, designers, and makers of every type the chance to add skills in digital interfaces and two- and three-dimensional fabrication, a growing requirement in today’s competitive professional and creative environment. Boards of Canada - Left Side Drive.