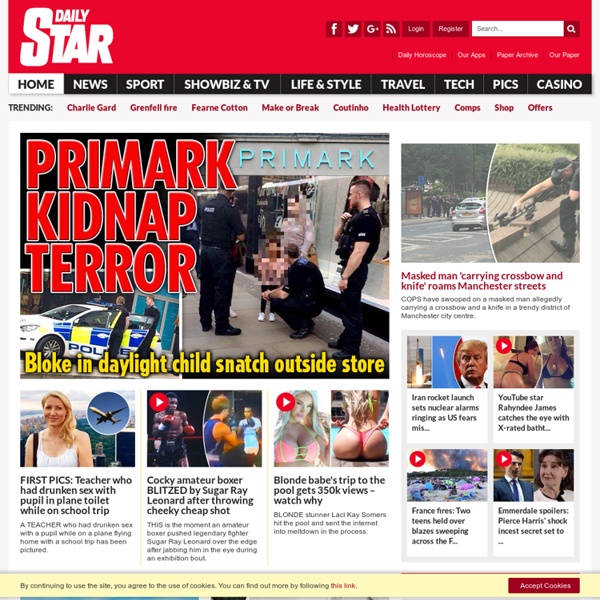 People.co.uk Maria Miller is still an MP and the poor people of Basingstoke are lumbered with her Selfies Like most people, Sunday People columnist Carol McGiffin had not forgotten the expenses scandals, but had kind of moved on - now it has all come flooding back UK News and Opinion - The Huffington Post United Kingdom News / Barrhead News 2 Apr 2014 09:00 Police op hits rogue traders POLICE in Barrhead are set to participate in a nationwide initiative, cracking down on rogue traders.

Mirror London Evening Standard - London's newspaper Mail Online Glasgow News from your local Glasgow Newspaper: theglaswegian.co.uk Let's stay positive says Binos boss Football News Stirling have been held at home by Queen’s Park and Elgin City this month but have lost just once at Forthbank since September and a win over Montrose would be a massive and timely boost. Home