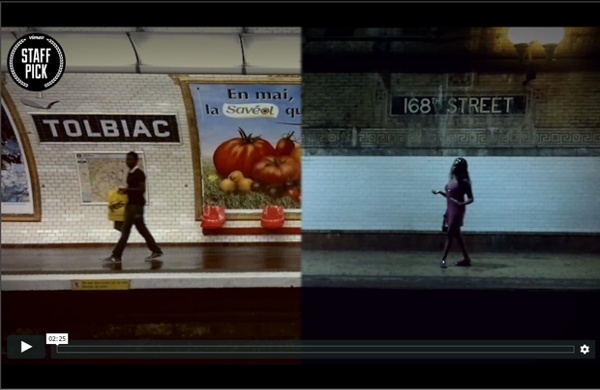 Free Storyboard Template Whether you’re working a feature film, short film, music video, commercial or a documentary, storyboarding is often a preliminary step when setting up your shots. While not all filmmakers choose to use storyboards, many of them do because it helps them plan and conceptualize their shots. If storyboards are used correctly and you’re familiar with your locations, characters and props, then storyboarding is often more freeing than limiting. The Academy Award winning film “Amelie” was shot entirely off a strict storyboard.

Manually Focusing a Canon Rebel T3 Series Camera in Live View Manual focusing is the easiest of the Live View focusing options on a Canon EOS Rebel T3 or T3i, and in most cases, it’s faster, too. Simply set the lens switch to the MF position if you're using the kit lens or a similarly featured lens. Then twist the lens focusing ring to bring the scene into focus.

After Seeing These Photos, I Will Never Look At Earth The Same Again! Unreal! #1 Volcanic Lightning - Sometimes, when a volcano explodes, it releases a powerful amount of energy into the atmosphere. This sudden jolt can result in strong reactions that ultimately produce lightning from within an eruption! Uploading... #6 Morning Glory Clouds - Not even scientists can figure out what causes this wonder of the world. So, when you see one, just appreciate it for its overall awesomeness!

Follow FocusShifter - Lens Mounted Follow Focus for DSLR Video and Photography - Focus Shifter™ is a stand-alone Follow Focus and Rack Focus with a focus marker board that can be used on any camera lens. No extra equipment is required. It's perfect for filmmakers, photographers, and anyone wanting to step-up their production capabilities with an inexpensive focus puller. It gives you professionalism without breaking your budget. The re-useable Focus Marker Board allows you to create marks for your focus points using a dry-erase marker.

businessinsider Business Insider It's easy to focus on everything that's going wrong in the world. If the media coverage of ISIS and Ebola has shown us anything, it's that we're easily seduced by fear-mongering. But Dr. Max Roser wants to remind us the world is getting better. That's why Roser, a fellow at the Institute for New Economic Thinking, created OurWorldinData, a website that tells the visual story of how the world is changing. The 100 best photographs ever taken without photoshop Nature and humankind are both great artists, and when they join forces, amazing masterpieces can be produced. Today Bright Side has collected for you works in which the combined efforts of mother nature and photographic artists have captured magic moments showing the wondrous diversity of modern life and the natural world. This is what happens if you throw hot tea into the air in Arctic A galactic tennis ball Modern dykes, windmills and highways in the Netherlands A temple covered in ash from the Ontake volcanic eruption, Japan