The 35 Most Hauntingly Beautiful Abandoned Ruins On The Planet 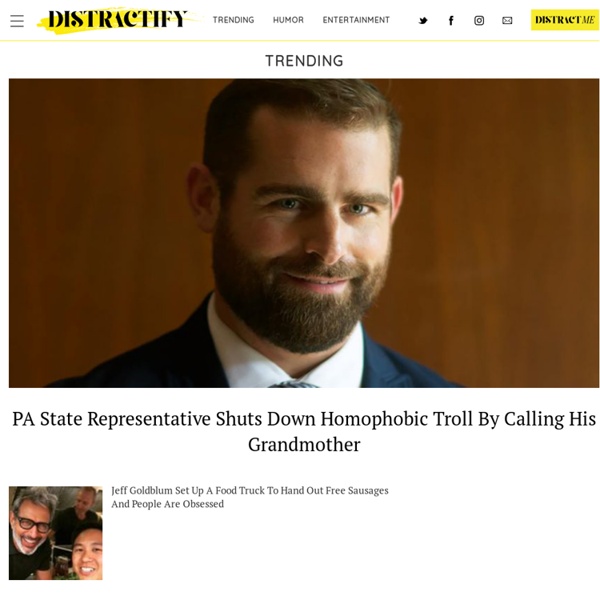 Ossoil – Open Source Community Enabler IOssoil was established 2010. Ever since the beginning we have been building communities, consulted several companies and alike. We don’t just tell what to do, we do it ourselves too! Rihanna Cara Delevingne Barbados Vacation Instagram Pic Among other things, Rihanna is known for her lavish vacations. Also, among other things, Cara Delevingne is known for her over-the-top facial expressions. We know these international babes are good friends — at one point, Delevingne was reportedly recording her album with Rihanna's producer, and it seems like things only warmed up from there. She talked about RiRi's great advice for W magazine, saying the singer helped her out when she was suffering from workaholic syndrome. Oh, and there was even a fantastical rumor that they were going to be roommates.

33 Websites That Will Make You a Genius — Personal Growth The web is increasingly becoming a powerful resource that can easily help you learn something new everyday. These awesome sites are just what you need. “I have no special talent, I am only passionately curious.” – Albert Einstein There is a good chance you’ll be able to put at least one of these learning tools to good use and come out as a better person than you were last year.

9 offbeat things to do in London London is full of interesting and unusual things to do. Photo by EO1. So you’ve hit up the museums and all the other usual suspects and you’re looking for something a little different to do in the British capital? Well look no further. Whether it’s food, sport, movies or art that interests you, there’s something for all tastes among my 9 unusual things to do in London. BBC Trending When the Twitter account of a prominent Yemeni political commentator and high-profile social media user fell silent on 14 August, it did not go unnoticed. Hisham Al-Omeisy is usually a prolific tweeter, known for his updates, in both English and Arabic, about the social and humanitarian crisis in his country. The 38-year-old has around 25,000 followers, among them many international media outlets, journalists and humanitarian workers who turn to him for insights about what's happening within Yemen. So when his account suddenly went quiet, those who have come to rely on him for valuable information, quickly knew something was wrong.

Creative Compulsive Disorder: Remembering Zina Nicole Lahr This short clip about artist and maker Zina Nicole Lahr may be as tragic as it is beautiful. Earlier this fall Lahr approached her friend Stormy Pyeatte and asked if they might shoot a quick video for her portfolio. The video was shot and edited in just two days and demonstrates Lahr’s insatiable desire to build, invent, and “bring life to something inanimate,” a process she called her “creative compulsive disorder.” Almost unthinkably, Lahr was killed in a hiking accident in Colorado on November 20th, a few weeks after this was shot. I didn’t know Lahr, but if this brief glimpse into her life is any indicator it’s clear she possessed an extremely rare spirit that feels completely genuine and infectious.

Starbucks Sends Cease and Desist to Brewpub Serving ‘Frappicino’ Beer, Owner Responds A small brewpub some 40 miles outside of St. Louis was forced to change the name of one of its products after receiving a formal cease and desist letter from Starbucks. The coffee giant's lawyers sent a letter earlier this month asserting that Exit 6's "Frappicino" brew — which owner Jeff Britton claims would in fact have been called "Frappuccino" if it weren't for his poor spelling — may have been mistaken for an officially licensed Starbucks product, and that wouldn't haven't been good. For his part, Britton has now apologized — profusely, repeatedly, sardonically — for "any damage Exit 6 did to Starbucks." He even sent along a check for $6. Five Items On Your Resume Recruiters Notice First Recruiters skim resumes in seconds and still glean enough information to decide on a candidate. I have fond this to be true across industries, positions and levels. I have recruited for a variety of industries (financial services, management consulting, tech, media, non-profit), positions (client-facing, administrative, strategy, creative) and levels (unpaid interns thru multiple six-figure hires), and my recruiting colleagues and I always skim. With multiple jobs open at any one time and hundreds of resumes to review, it’s simple math that each resume gets seconds of attention.