Michel Foucault - The Culture of the Self, First Lecture, Part 1 of 7 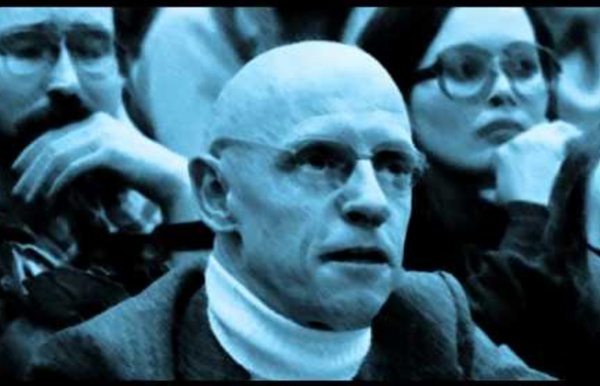 Wim Wenders to make 3D Documentary on Architecture Since Wim Wenders’s new documentary “Pina” hit the theaters this month, the online world hasn’t stopped talking about the German film director’s plan to create a 3D documentary film on architecture. In a recent interview with the Documentary Channel, Wenders revealed his plans stating, “I have actually already started a long-term project, another documentary in 3D. It will take several years, but it’s going to be about architecture. I have always wanted to do a film about architecture, and I have a lot of architect friends. Continue reading for more information and videos. Wenders continues with the interview stating, “Most architects build this stuff and they already have 3D representation. Indiewire points out Wenders presence at the 2010 Biennale of Venice with the 3D short film entitled “If Buildings Could Talk”, suggesting that may have been the starting point for the new documentary. “If Buildings Could Talk”: PINA Official International Trailer:

Dave's Educational Blog stevewheelerdotnet | Just another WordPress.com site Where Social Learning is Stuck Today Do you know the story of the elephant and the twig? It’s the tragedy of social learning today: what is possible is not thinkable. It’s kind of difficult to plough through the clutter about social media and the stories of how it is supposed to reshape the way we are doing things today. The noise of the circus is getting so loud that nobody notices that we are almost stopped moving . One area in particular where this seems to be true is the area of ‘social learning’. Some time ago I argued that training is the unnatural de-contextualization of knowledge so it can fit into the context of multiple participants. Learning has a different disposition. The only way to sense if a problem is an interesting problem or to know if a solution is an elegant solution is by participating in the practices of a field. Social Learning is not the same as the use of social media in the classroom. Then what, you may ask, is holding us back from doing just that? No we don’t need a newer version of our device.

Linda Harasim | Online Learning & Knowledge Building Professor Gráinne Conole Professor of Learning Innovation Director, Institute of Learning Innovation Gráinne joined the Institute of Learning Innovation as Director on 1st September, 2011. Previously, Grainne was Professor of Educational Innovation in Post-Compulsory Education at the University of Southampton, and was Director of the Institute for Learning and Research Technology at the University of Bristol, a centre of excellence on the development and use of information and communication technology in education. Gráinne has research interests in the use, integration and evaluation of Information and Communication Technologies and e-learning and impact on organisational change. Very recent projects include the EU-funded projects OPAL, Deisgn-Practice, and X-Delia, the JISC-funded learner experience project, the ESRC TLRP Technology-Enhanced Learning project, PI led by Eileen Scanlon and Mike Sharples, as well as an OU Learning Design Project. Contact details Publications (print version) Publications Books