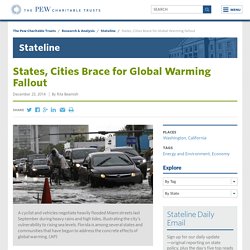 Florida is among several states and communities that have begun to address the concrete effects of global warming. (AP) SAN FRANCISCO – Eroding beaches and the seawater that laps onto the Embarcadero waterfront during high tide—not to mention severe storm flooding—were sending a clear message to a city surrounded by water on three sides. San Francisco responded in September, when its Capital Planning Committee decreed that in all future construction projects, city and county agencies, including low-lying San Francisco International Airport, must acknowledge the rising sea level and come up with plans to adapt.

The sea level around San Francisco rose nearly 8 inches during the last century, and it is projected to rise by as much as 55 additional inches by 2100. Is “resilience” the new sustainababble? Suddenly, “resilience” is everywhere. 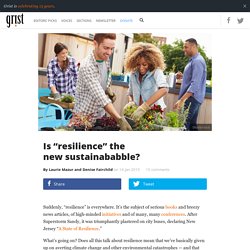 It’s the subject of serious books and breezy news articles, of high-minded initiatives and of many, many conferences. After Superstorm Sandy, it was triumphantly plastered on city buses, declaring New Jersey “A State of Resilience.” What’s going on? Does all this talk about resilience mean that we’ve basically given up on averting climate change and other environmental catastrophes — and that our only hope is to roll with the punches?

What You Can Learn from Seattle's Approach to Building Resiliency. If there were still any doubt, recent studies have made clear that climate change already has begun to have serious impacts in the United States -- and that the problem is only getting worse. 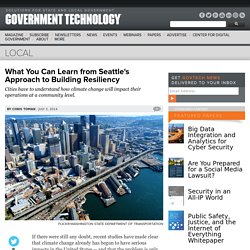 The federal government's National Climate Assessment issued in May laid out in stark detail the region-by-region effects: water shortages, sea-level rise and more frequent wildfires, to name a few. At the same time, U.S. cities lag behind those of the rest of the world in planning for climate change. A recent survey conducted by the Massachusetts Institute for Technology with ICLEI-Local Governments for Sustainability found that, globally, "the U.S. has the lowest percentage of cities engaged in [climate change] assessments and planning. " Of those American cities that have begun the process, most are in the early stages. Planning for climate change requires local governments to seriously "engage the science," Fleming says. Virginia Mason Invited to White House for Talks on Climate-Readiness in Health Care. SEATTLE – (Dec. 15, 2014) – A Virginia Mason representative will participate in a roundtable discussion today at The White House in Washington. 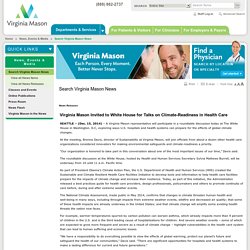 D.C, exploring ways U.S. hospitals and health systems can prepare for the effects of global climate changes. At the meeting, Brenna Davis, director of Sustainability at Virginia Mason, will join officials from about a dozen other health care organizations considered innovators for making environmental safeguards and climate-readiness a priority. Beijing's “Airpocalypse” Offers Dismal View of Life in Megacities. Neoconservatives and others of similar bent would have us believe that unregulated, ‘laissez-faire’ capitalism, ‘free’ market economics and the relentless pursuit of economic growth are the best means of enhancing overall quality of life for the world’s 7-plus billion people. 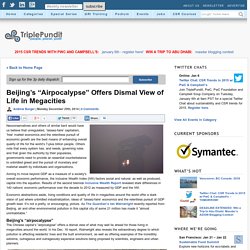 Others note that every system has, and needs, governing rules and that given the authority by their populaces, governments need to provide an essential counterbalance to unbridled greed and the pursuit of monetary and material wealth by individuals and organizations. Aiming to move beyond GDP as a measure of a society’s overall economic performance, the Inclusive Wealth Index (IWI) factors social and natural, as well as produced, capital into the equation.

Mount Rainier: Case study of a changing Earth. How Los Angeles plans to survive the Big One. USGS seismologist Lucy Jones during a news conference at Caltech in Pasadena, Calif., on March 17, 2014. 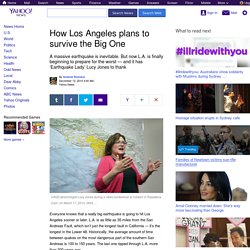 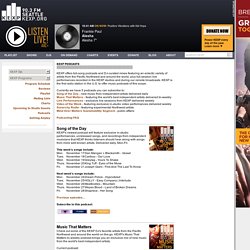 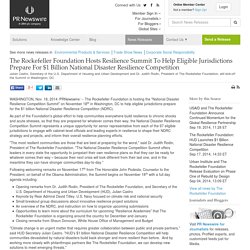 As part of the Foundation's global effort to help communities everywhere build resilience to chronic shocks and acute stresses, so that they are prepared for whatever comes their way, the National Disaster Resilience Competition Summit represents a unique opportunity for senior representative from each of the 67 eligible jurisdictions to engage with cabinet-level officials and leading experts in resilience to shape their NDRC strategy and projects, and inform their overall resilience planning efforts. "The most resilient communities are those that are best at preparing for the worst," said Dr. Judith Rodin, President of The Rockefeller Foundation. Opening remarks from Dr. STATEMENT: WRI Reacts to Task Force on Climate Preparedness and Resilience Report. WASHINGTON (November 17, 2014) — Today, the Task Force on Climate Preparedness and Resilience released a report on how the federal government can respond to the needs of communities nationwide that are dealing with the impacts of climate change. 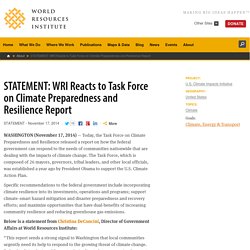 The Task Force, which is composed of 26 mayors, governors, tribal leaders, and other local officials, was established a year ago by President Obama to support the U.S. Climate Action Plan. Specific recommendations to the federal government include incorporating climate resilience into its investments, operations and programs; support climate-smart hazard mitigation and disaster preparedness and recovery efforts; and maximize opportunities that have dual-benefits of increasing community resilience and reducing greenhouse gas emissions. Below is a statement from Christina DeConcini, Director of Government Affairs at World Resources Institute: “A lot can be learned from the strong local leadership exemplified by the members of the Task Force. Report: Infrastructure Crisis, Sustainable Solutions. Take Winter by Storm - Seattle Times. Originally published October 13, 2014 at 6:01 AM | Page modified October 13, 2014 at 1:46 PM It took just a few minutes of pulling a garden rake through a mess of soggy leaves at a Magnolia intersection for me to gain a renewed appreciation of this basic fact: 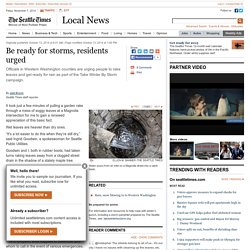 Lessons for climate change in the 2008 recession. Photo. Tim Egan - wildfires and climate change. Former Sec. Paulson calls climate change 'biggest risk of our time' There are no easy solutions to mitigate the risks of climate change, but ending fuel subsidies and taxing carbon could be the first steps, Former Treasury Sec. Henry Paulson Jr. said Friday in Portland. And if that were an easy sell to make anywhere, it should be Oregon, he told a crowd of community, business and political leaders at a talk hosted Friday by the Portland City Club.

Paulson, who was in office when the economy collapsed in 2008, said he now considers climate change the biggest risk of our time. Military not waiting on politics to plan for climate change challenges. According to a report prepared for the Intergovernmental Panel on Climate Change, rising global temperatures pose an increasing threat to peace and security in the world. Potential for violent conflict could increase, expanding the responsibilities of the defense sector. Graphic source: Intergovernmental Panel on Climate Change. The Age of Sustainable Development - Jeffery Sacks. Economic Analysis of Climate Change. Changing the Culture of Problem Solving: 3 key lessons learned.